Toyota and Panasonic have been developing several robots to assist attendees, staffers, and athletes during the delayed athletic event. 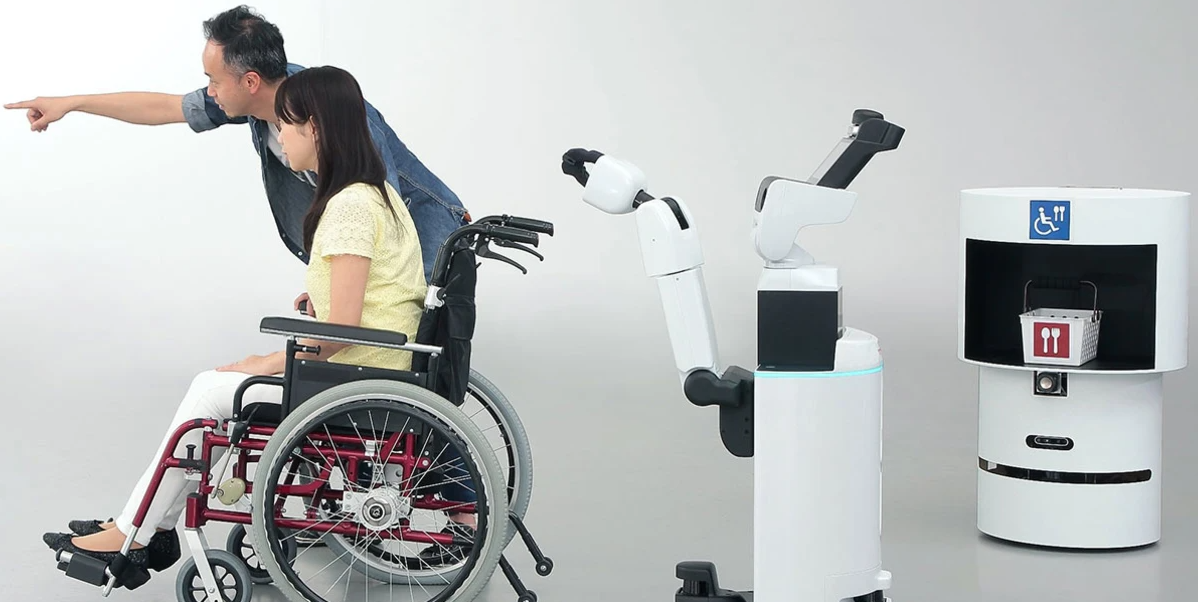 After a year's delay and much uncertainty because of the global COVID-19 pandemic, the 2021 Tokyo Olympic Games have begun. Japan has suffered some setbacks in preparing for the event, with the ongoing pandemic and Delta variant precluding spectators, eliminating some athletes and teams, and threatening financial losses. However, the opening ceremonies went smoothly, and Japan hopes to demonstrate its sporting and robotics prowess to the world.

“The Tokyo Games will prove just how useful robots can be,” said Filipe Oliveira, a senior analyst in the Thematic Team at GlobalData. “Robotics is a fast-growing industry, and by showcasing new technology at the Olympics, the Japanese government can remind the world that it remains a technology powerhouse.”

Japan is the world's leading exporter of robots, accounting for 47% of the global supply, according to the International Federation of Robotics (IFR), down from 52% in 2017. The country also has one of the highest robot densities in the world, with 365 robots per 10,000 employees, said the IFR.

Japan bringing robots to the field and homes

In addition, with an aging population, Japan and its automakers have focused on the development of assistive, service, and healthcare robots, such as those provided by Toyota Motor Corp. and Panasonic Corp. around the Tokyo Olympic and Paralympic Games (see slideshow). Sales of personal robots increased by 11% last year, said GlobalData.

The analyst firm also predicted that personal and field robotics will grow at double-digit rates over the next decade. “Several companies in these segments are Japanese and will benefit from increased exposure at the games,” it said.

But the short term poses challenges. Not only were automotive, electronics, and other manufacturing hampered by supply chain problems during the pandemic, but revenue for field robots was relatively flat last year, GlobalData noted. 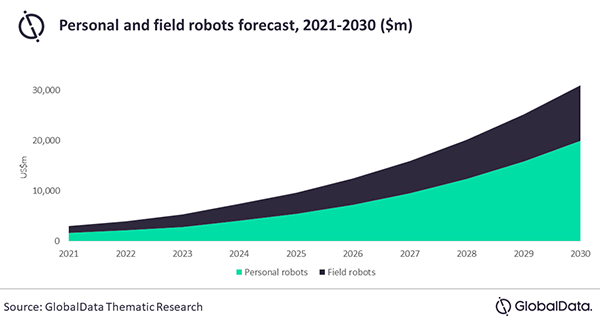 Looking to a cyber-physical future

The Olympics could help Japan reverse such setbacks. “The games were always likely to showcase robotics, given Japan’s track record of showing off its tech skills at past events, but the situation folowing COVID-19 offers a unique opportunity for Japan’s robots to shine,” said Charlotte Newton, a thematic analyst at GlobalData. “Much like everyday society, sporting events have turned to technology to keep the attending public safe and help with daily operations over the past year

“Further, it is unlikely that the Paris Games will want to take a step back to an all-human workforce in 2024,” she added. “The future of sporting events is robotics.”

Like other governments around the world, Tokyo is looking to robotics and artificial intelligence to help address social, economic, and environmental challenges.

“The Japanese Cabinet Office has, in the last few years, been pressing its vision of Society 5.0, which merges the cyber and physical worlds,” said Sam Holt, thematic analyst and co-author of a soon-to-be-published report on the Japanese technology industry. “Robotics plays a big part. The technology we will see on show will react to the real world and augment it.”

Körber to Show Future of Supply Chain Automation at Automate! 2021 and Elevate APAC Conference
Körber will explain how supply chains can benefit from digitization at events for the Asia-Pacific region and worldwide.

SoftBank Robotics and Keenon Robotics Become Global Partners for Service Industry
Keenon and SoftBank say that they will meet growing food-service demand for productivity and efficiency amid COVID-19 disruptions.

7+ Robots to Watch for During the 2021 Tokyo Olympic Games
Toyota and Panasonic have been developing several robots to assist attendees, staffers, and athletes during the delayed athletic event.