ABB's Delta robot is the first of its kind to win the prestigious award and the third robot from ABB to win one. 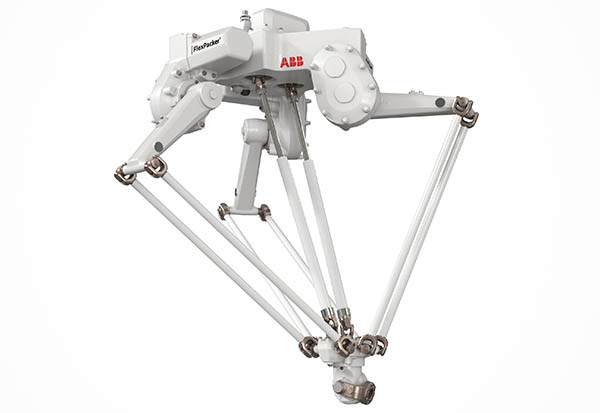 ABB
The IRB 390 FlexPacker is designed for speed and endurance.
By Robotics 24/7 Staff
·

Industrial automation can be stylish. ABB yesterday announced that its IRB 390 FlexPacker, a Delta robot designed for ultra-fast picking, has won a Red Dot Product Design Award. It is the second ABB system to receive the award in two consecutive years, noted the company.

“I am delighted the IRB 390 FlexPacker received this prestigious award,” stated Marc Segura, president of ABB Robotics. “We collaborated closely with our customers and developed a robot that could respond to the demand for more shelf-ready packaged products.”

“As a result, we developed an innovative solution that combined speed, payload, and dexterity to help our customers make their lines more flexible and able to handle the growth of low-volume, high-mix, and higher-payload production,” he said. “With its clean, simple, and modern aesthetic, the IRB 390 was designed to inspire confidence in users.”

The company said it has shipped more than 500,000 robots as it helps customers of all sizes to increase productivity, flexibility, and simplicity. ABB Robotics employs more than 11,000 people at over 100 locations in more than 53 countries.

FlexPacker designed to for fast picking

In 2022, the award panel looked for products that showed design quality and a high degree of innovation. ABB claimed that these attributes that informed the FlexPacker’s development from the beginning.

The FlexPacker robot was designed specifically for ultra-fast, high-payload picking and efficient packaging of goods up to 15 kg (33 lb.). ABB said it focused on shelf-ready packaging, in which the products can be placed vertically, making it suitable for the food and beverage, pharmaceutical, and consumer packaged goods segments.

The FlexPacker’s appearance reflects its level of functionality, with its white-painted coating making it both aesthetically pleasing but also easy to keep clean, according to the company. The robot has very few horizontal surfaces and a simple, geometric shape to prevent the accumulation of debris, helping it maintain its operational speed and precision.

The result of a radical redesign of the standard Delta robot’s parallel arms, these joints offer increased stiffness to withstand additional loads. This allows the FlexPacker to pick up more or heavier items or to use larger, more sophisticated grippers, ABB noted. The joints are sealed, making them maintenance-free for the lifetime of the robot, it said. 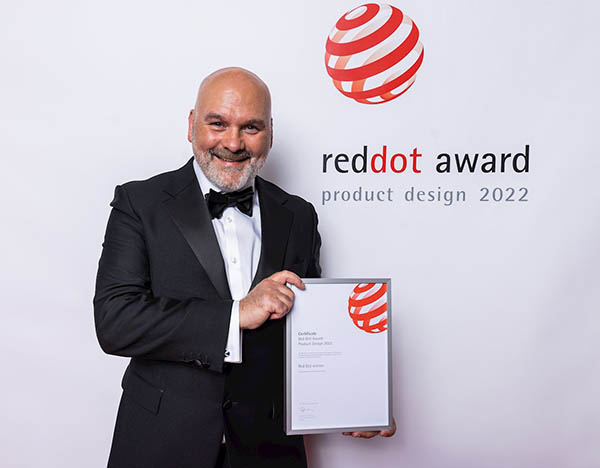 The award reflects the importance of design in robotics as more automation is rolled out to work with humans, said ABB. Robots must now complement skilled employees to make production safer and more sustainable, it added.

The IRB 390 FlexPacker is the third ABB robot to win the Red Dot design award, after the GoFa collaborative robot in 2021 and the YuMi dual-arm cobot in 2011.

ABB said it has led the Delta robot segment for over two decades. The company said the FlexPacker is the first industrial Delta robot to win the award. It is a response to the growing trend for pick-and-pack systems, saving space by replacing two six-axis robots with a single five-axis unit.

ABB
The IRB 390 FlexPacker is designed for speed and endurance.