Ayalon Highways has awarded Airwayz a contract to inspect damage and prioritize disaster-response operations in Israel. 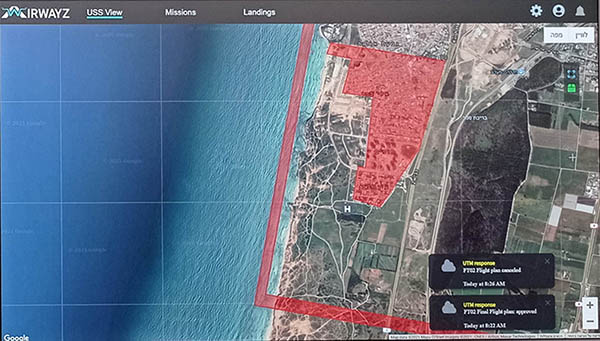 Airwayz
Airwayz said its USS and UTM will be used to operate multiple drone fleets in urban airspace.
By Robotics 24/7 Staff
·

Aerial drones were initially associated with military applications, but they can also be used in disaster recovery. Airwayz today announced that Ayalon Highways Co., an Israeli governmental company, has awarded it a contract to provide drones for investigating missile damage to civilian buildings and infrastructure in two towns. Airwayz claimed that it will be the first time that multiple drone fleets operate in the same urban airspace.

The fleets will be managed by Airwayz unmanned traffic management (UTM) and use its unmanned aerial systems (UASes) as a service. The Israeli civil defense, fire, and police services will use drone footage to to assess damage and prioritize remedial work, saving time, making best use of resources and restoring public safety quicker, said the Tel Aviv, Israel-based company.

“Airwayz technology has been developed to enable drone fleet management in the real-world, and this is the first time we will implement it, managing multiple drone fleets outside of a test pilot program and in a real-life scenario,” stated Eyal Zor, co-founder and CEO of Airwayz. “In fact, it’s the first time any UTM system will be used in this way.”

Airwayz said it combines decision-making capabilities at both UTM and UAS service supplier (USS) levels for real-time, multi-drone flight performance. The company added that its systems use artificial intelligence and include functions such as advanced mission planning, remote control, and multiple autonomous flight modes. They are integrated with a cloud-based network and can manage multiple drone types, it said.

In addition, Airwayz said its Dynamic Airspace Management feature allows operational teams using the software to share flight information and enable operational coordination with one another in a single airspace.

“We are pleased to have been chosen to support such an important operation and to be able to facilitate the inspection requirements so quickly,” Zor said. “The use of drones means the emergency services can have their eyes on site much quicker, assess the priorities and send personnel out knowing they’re using their resources effectively.” 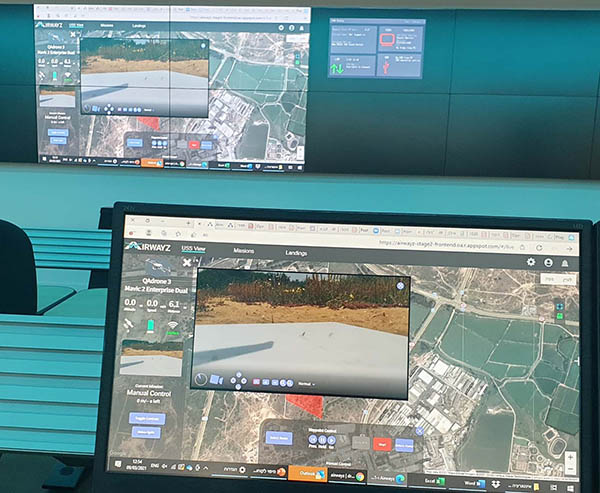 Drone footage will be used to inspect damage and prioritize resources. Source: Airwayz

Ayalon Highways has initially deployed drone inspections in the towns of Ashdod and Ashkelon, with the intent of expanding inspections to other areas if required. It issued a request for proposals (RFP) with a tight turnaround last week.

The project followed a successful pilot in the NAAMA Project—based on the Hebrew acronym for “Urban Aerial Transport”— which was rolled out in Hadera, Israel, in March. That project was organized by several government departments, including the Israel Innovation Authority, the Israel Ministry of Transport (through Ayalon Highways), the Civil Aviation Authority of Israel (CAAI), and the Smart Mobility Initiative at ihe Israel Prime Minister’s Office.

The NAAMA Project's goal was to validate the safe and efficient integration of drone deliveries in urban environments. Airwayz also took part in the project, providing UTM and USS for several drone operators.

“By using our powerful AI-based flight software, UTM and piloting, all parties involved can undertake their individual tasks efficiently and most importantly, safely,” said Zor. “With the damage that has taken place in Ashdod and Ashkelon, it is important that we react quickly to rectify the damage and reduce any long-term effects. Fundamentally, we are honored to be playing such a significant part in public safety and show the world how multiple drone fleets can be implemented safely in real-life scenarios, reaching the full potential of the technology.”

Airwayz
Airwayz said its USS and UTM will be used to operate multiple drone fleets in urban airspace.