Automated pizza kitchens can take ingredients from frozen to brick-oven levels in minutes, says Basil Street, which is raising funds on SeedInvest. 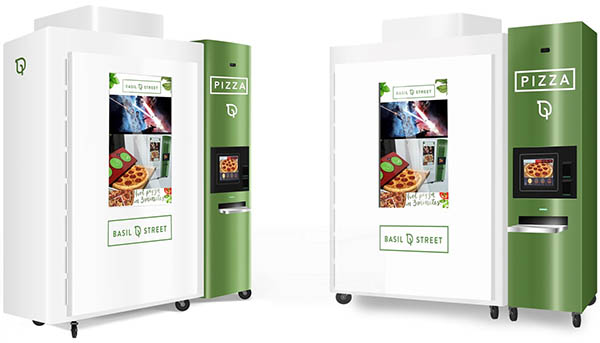 Americans eat more than 4 billion pizzas each year, according to IBIS World. Last month, Basil Street Café Inc. announced a reservation period for its Series A+ financing and crowdfunding round. The Los Angeles-based startup has developed automated pizza kitchens, or APKs, as more fast-food and fast-casual restaurants look to robotics for speed, safety, and staffing help.

“Automated food kiosks are accepted globally as a viable option for meals on the go,” stated Deglin Kenealy, CEO of Basil Street. “As the need for contact-free solutions rises in the U.S., we have successfully combined America’s favorite meal with patented technology to deliver restaurant-quality food at the touch of a button.”

“We are excited to take this next step and engage our supporters to become a part of the pizza robotic community through participation in our crowdfunding efforts,” he added. “With over $47 billion in revenue generated in the U.S. pizza industry, the opportunity to transform this market is here.”

“I was a business guy who had some success in financial services ... went to Stanford to get an MBA and got into angel investing,” Kenealy told Robotics 24/7. “My kids chose a gluten-free pizza over California Pizza Kitchen or DiGiorno, even though nobody in the family is gluten-free.”

“Five or six years ago, I thought the idea of a vending machine that makes pizza was a bad idea,” he said. “But then I met Roberto [Villani, vice president of innovation at Basil Steet] and saw what they're doing in Japan, which is amazing. With robotics, there can be tens of thousands of food units throughout North America.”

“Automation is absolutely critical,” added Kenealy. “It allows you to drive costs down to a significant degree while improving precision. Basil Street is a robotic technology and food company. We happen to sell pizzas, but there's no reason we couldn't do other things.”

Each automated pizza kitchen sells three rotating, 10-in., thin-crust pizzas at a price point between $5 and $15. Basil Street said selections can vary and will include popular options such as four-cheese, pepperoni, and supreme. 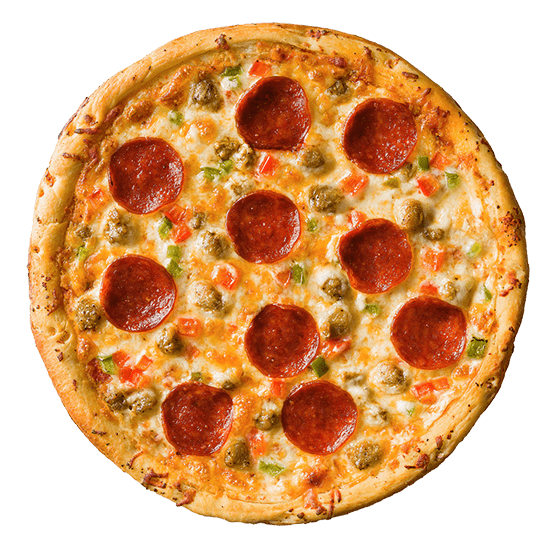 “We are the first company ever to go from completely frozen to fully cooked pizza in unmanned environments,” said Kenealy. “If you look at the food supply chain, including grocery stores and restaurants, virtually everything that goes into a pizza gets frozen or canned, including the dough.”

Why did the company decide to use frozen ingredients?

“Our decision to follow frozen was threefold. First was consumer and food safety,” Kenealy replied. “Second was nutrition, and frozen retains quality better, with significantly less food waste. Third, we can scale much easier, since the shelf life of a refrigerated product is only three to four days. We can get better ingredients that last longer.”

The company said its APKs cook pizzas to order in three minutes using its patented three-element, non-microwave speed oven. It claimed that its oven technology and the quality of the ingredients, which are restocked frequently, create a product similar to a brick-oven pizzeria.

“When you're cooking a pizza, it's important to do it the right way,” said Kenealy. “Any grocery-store pizza gives directions like 'heat oven to 400 degrees and bake for 13 to 17 minutes.' But each pizza should be cooked differently, depending on the toppings and the oven.”

“Most of our competitors use toaster technology, but the coils and rack don't heat evenly,” Kenealy said. “The reason brick-oven pizza is tasty is because the toast is in direct contact with the floor of the oven, with radiant heat across the top. APK can identify the internal temperatureof the oven and adjust the cooking profile and impinged air.”

In addition, APK's sensors can monitor the system's own function as well as the status of inventory and pizzas in preparation.

“We track more than 30 things, including freezer and oven temperature,” explained Kenealy. “Every motor emits a certain pitch when operating at the correct level. We want to be up and running all the time.”

Basil Street recently completed a pilot program of its APKs in California, Texas, North Carolina, and Nevada., and it plans to deploy 50 units this fall and expand to 100 APKs by year's end. The company is looking at locations such as airports, college and university dormitories, and hospitals.

“College students will pay $15 to $20, plus tip, and open their doors to strangers past midnight for pizza deliveries,” Kenealy said. “Universities love the idea [of automated pizza kitchens].”

“We're also in factories and military bases, which operate around the clock for those with short breaks,” he noted. “Hospitals are hybrid environments—they're open to the public, with family members wating for patients, plus there are the staffers who are there all the time.”

“We recently did a pilot with five units, placed a new unit in Denver in July, and we're no longer in the testing phase,” said Kenealy. “Most other robotic pizza makers are still in the conceptual phase.”

“I believe we're the only one that has passed NSF [National Sanitary Foundation] and UL [Underwriters Laboratories] certification, which we worked on for three years,” he said. “When you're working with [food-service providers such as] Aromark or Vistar, they want to know that before placement.”

Basil Street raised $10 million in March of 2020 and is now raising funding through the SeedInvest crowdfunding platform.

“If we're successful, we could have 500 to 1,000 units in the field by next year, and we would not have to raise another penny,” Kenealy said. “What you want is a business that can grow rapidly.”

“There are lots of people who believe in this, but people underestimate the amount of time and effort it took to get here,” he said. “It has been a long five years, but we've made great progress. We may not be the first to market, but we're the first at any scale.”

5 Interesting Ice Cream Robot Makers to Follow
The dog days of summer may be upon us, but these autonomous systems were designed to help provide some relief.