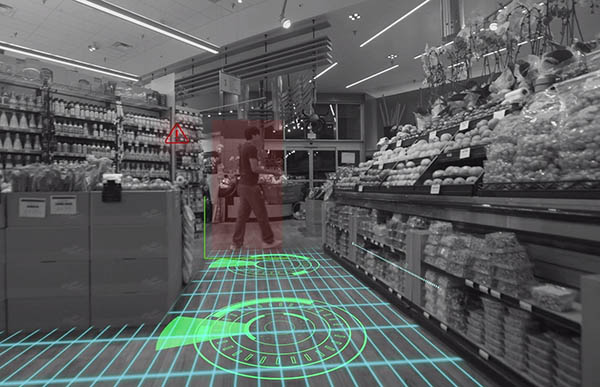 Brain Corp. today announced that its BrainOS-powered fleet of mobile robots has covered 100 billion sq. ft. (9.2 billion sq. m). In doing so, 6.8 million hours have been given back to employees and operations managers, allowing them to focus on customer experience and other high-value tasks, claimed the company.

“We are thrilled to celebrate reaching 100 billion square feet of coverage with our fleet, which represents the square footage of the entire commercial space in the U.S.,” stated Eugene Izhikevich, founder and CEO of Brain Corp. “The milestone represents a clear success of deploying autonomous robots at scale and across multiple industries. As a company committed to continuous improvement, it’s been incredibly gratifying to see such major advances in our fleet’s performance, even as it has been scaled and expanded to operate in multiple new dynamic public environments across the world.”

Where robots are spreading

The U.S. Bureau of Labor Statistics stated that 4 million Americans quit their jobs in July 2021. Harvard Business Review cited a study that found that, in general, resignation rates were higher among employees who worked in fields that had experienced extreme increases in demand due to the pandemic. 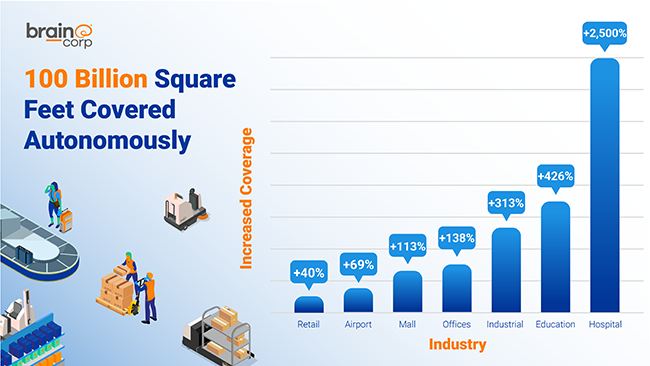 While Brain Corp’s initial fleet grew mainly in retail environments, it noted that increasing deployments in other sectors reflect the ability of BrainOS-powered robots to learn the key dynamics of new environments. The company described it as a “critical factor” in the ongoing advancement of its technology.

The company also said robots using BrainOS comply with all applicable privacy regulations, processing data exclusively for navigation and operational support without any additional data sources that could identify a person.

“As we’ve expanded our fleet size, our focus has always been on safely operating in a variety of different environments,” said Sean Felker, lead functional safety engineer at Brain Corp. “Reaching 100 billion square feet of autonomous coverage is validation that this focus is paying off. We have always been committed to helping customers become more efficient in their operations, and it's a testament to our skilled teams that this is being successfully achieved while prioritizing safety and privacy.”

“This is an exceptionally exciting time to be in the field of robotics and automation,” said Nick Whitney, senior vice president for America sales at Brain. “Across numerous industries, leaders are reinventing how they operate by combining the data-driven sophistication of automated robots with human teams.”