Danish robotics companies are working with Odense Robotics and other groups to show strength of country's innovation sector. 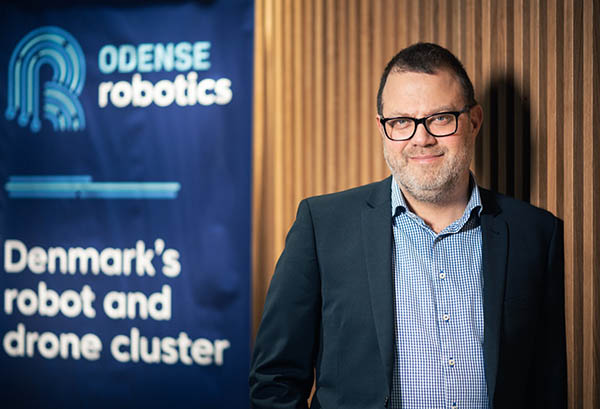 At Automatica in Munich this week, automation buyers from across Europe will be able to see leading Danish robotics companies. The event, which expects 45,000 attendees, will serve as an opportunity for Danish automation to gain the approval of demanding German customers, according to the Danish robotics cluster.

Eight vendors are working on the export promotion at Automatica with the Odense Robotics cluster, the Innovation Centre Denmark, and the Danish Ministry of Foreign Affairs.

“Robotics and automation are among Denmark’s fastest-growing export industries, with a total exports surpassing €1.5 billion [$1.58 billion U.S.]—a figure expected to grow to close to €2 billion [$2.1 billion] by 2025,” stated Mikkel Christoffersen, CEO of Odense Robotics. “The reason why Danish robotic companies experience such strong exports is that they develop innovative solutions that customers simply can’t get from local suppliers.”

Odense Robotics said its exhibit at Automatica will host the following Danish robotics companies addressing the needs of German manufacturing:

The Danish robotics pavilion will be at Stand 308 in Hall B4 at Automatica from June 21 to 24. Visitors can also meet seven more Danish robotic exhibitors on their own stands: Audite Robotics, Capra Robotics, FundingBox Research, JVL, Kassow Robots, Meili Robots, and Universal Robots.

In addition, the city of Odense is hosting a matchmaking event, the Odense Investor Summit, in Automatica’s Start-Up Arena.

With a turnover of €2.8 billion representing a 12% increase on the previous year, Denmark’s robotics industry generated a strong growth in 2021. Odense Robotics provided more statistics in its “Insight Report 2022: Deploying Robotics in New Industries” (download PDF).

In terms of population, Germany is 14 times bigger than its neighbor country to the north. Nevertheless, cobots from Universal Robots rank among the most popular robot manufacturers on the German market, said HowToRobot.

The annual global growth rate for sales of collaborative robots is 40%, according to Statzon.com.

More than 3 million robots are at work in the global manufacturing industry, reported the International Federation of Robotics (IFR). The IFR noted that the potential to automate more tasks currently performed by people is “significant.” As a result, the Danish robotics cluster said it expects strong sales to continue in collaborative robots, where it claims innovation leadership.