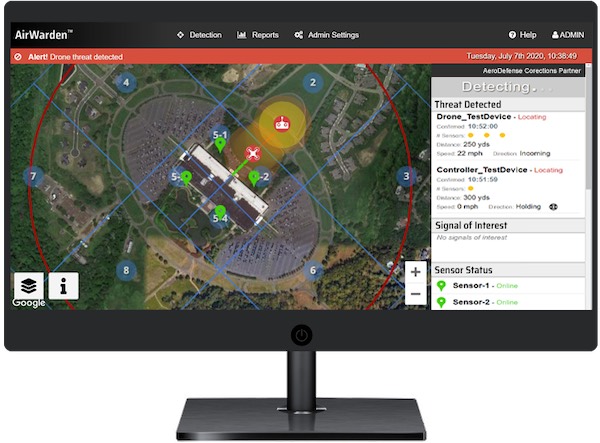 The appetite for consumer and commercial drones has skyrocketed over the past decade and isn’t expected to dissipate anytime soon. Drones are proving useful across a myriad of verticals, including military, commercial, and consumer applications that require high-quality video and aerial photographs.

Mapping, inspection, and search-and rescue missions have all benefited from the use of drones. However, uncrewed aerial vehicles (UAVs) can also be used for nefarious purposes, such as smuggling, entering restricted airspace, voyeurism, or — in the worst-case scenario — carrying out a weaponized attack. Even an inexperienced hobbyist can inadvertently cause a public safety threat.

For commercial and private entities looking to mitigate drone threats, early detection is key. Oceanport, N.J.-based AeroDefense has developed a patented system to detect, classify, locate, and track both known and unidentified drones before they can cause security breaches.

Find the pilot, stop the threat

The AirWarden drone-detection system identifies and classifies radio frequency (RF) signatures from drones and controllers to locate both devices simultaneously.

“The system is not only going to tell you where a drone is in your airspace but also pinpoint the location of the person controlling that drone from the ground,” explained Lexi Rinaudo, marketing manager at AeroDefense. 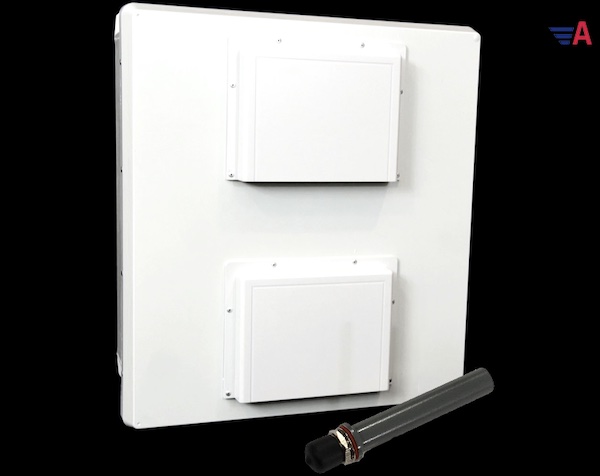 The AirWarden system can find a drone and pilot before the drone even takes off. Source: AeroDefense

Finding the pilot is a critical tool for mitigating security breaches, especially since physically taking a drone out of the sky is prohibited for all but a handful of federal government agencies.

“Our system can actually detect and locate the pilot and drone before the drone even takes off,” claimed Rinaudo.

As soon as a pilot powers up a drone and establishes a connection, an alert is sent to the security team of a company deploying AirWarden or local law enforcement if desired. The system give them an early warning so they can deploy a response team to investigate the threat, said AeroDefense.

This can prevent not only an imminent attack, but also potential ones, according to the company. Bad actors will often test security responses ahead of time, noted Rinaudo, so finding the pilot during a test flight will very likely thwart any future plans.

AeroDefense’s hardware typically includes four or more fixed sensors each housed in a weatherproof, NEMA (National Electrical Manufacturers Association)-rated enclosure box. The companion 4-in., 4-oz. antenna can be placed as high as needed for the best line of sight. This allows for flexible deployment options, said the company.

“The antenna is about the size of a Sharpie,” said Rinaudo. “It’s very small and discreet, which is one of the things that sets us apart from many deterrent/detection systems, which can be quite bulky, especially the military-grade ones.” 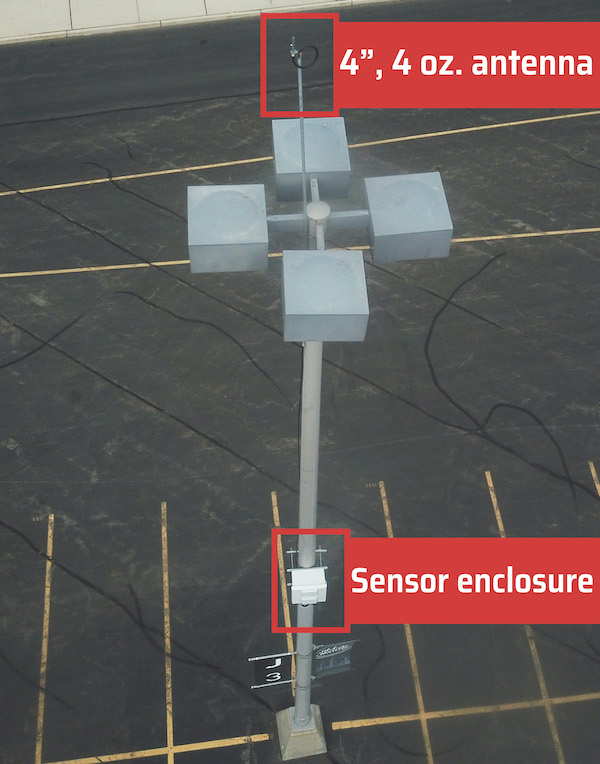 The AirWarden includes a NEMA-rated sensor enclosure and an antenna that can be placed as high as needed. Source: AeroDefense

Unlike other systems on the market, the AirWarden system does not extract drone serial numbers or other identifying data contained in RF signals, which would violate federal surveillance laws, said AeroDefense.

Instead, AirWarden uses spectrum sensing, which simply looks for the presence of RF signals that act like drone signals. As a passive system, AirWarden uses physical characteristics of signals for detection.

AirWarden remains unaffected when drone manufacturers encrypt the signals traveling between their drones and controllers and is not subject to spoofing, said AeroDefense. Once detected, the signal is analyzed and run through several filters to ensure that it is in fact a drone or controller signal, and to estimate its location. The system then confirms device locations.

“Because it works on that spectrum sensing methodology, we’re able to detect and locate not only commercially produced drones but homemade devices as well,” Rinaudo added. This also means that AirWarden can detect drones that are new on the market without reliance on a static product library that must be manually updated.

AirWarden cannot defeat or interfere with the flight of unmanned aircraft systems (UAS) or perform signal-analysis functions, which would require legal authorization only available to four federal agencies with strict stipulations.

AeroDefense claimed that AirWarden is the first and only drone-detection system on the market to receive a Security Safety Act designation from the U.S. Department of Homeland Security. The limited-liability program was created shortly after 9/11 to encourage vendors to develop anti-terrorism products and venue operators to deploy them.

A large sports stadium on the East Coast of the U.S. hosts many large-scale events, including concerts, international soccer matches, and college football games. In 2017, as part of its ongoing commitment to the safety and security of its guests, the stadium began to evaluate many types of drone-detection systems, including radar, RF, acoustic, and camera systems.

Stadium drone detection can be difficult. As with any urban environment, the amount of ambient RF background noise can be intense in a stadium, increasing by 50,000 times during pregame tailgating. Signals from cell phones, wireless networks, metal detectors, dash cams, and even Wi-Fi-enabled grills can cause interference, making it difficult to isolate drone signals.

However, AeroDefense said it designed AirWarden to filter out competing RF signals in the environment.

After extensive research and onsite real-world demonstrations, the stadium’s security team determined that AirWarden is the best solution for identifying and locating both drones and operators — from the moment an RF connection is first established.

AeroDefense said its developers worked with the stadium’s ownership group to achieve reliable detection with a low false-positive rate. As a result of the early warning provided by the AirWarden system, the stadium and local law enforcement have been able to detect many different types of drones and create a safer and more secure environment for guests. 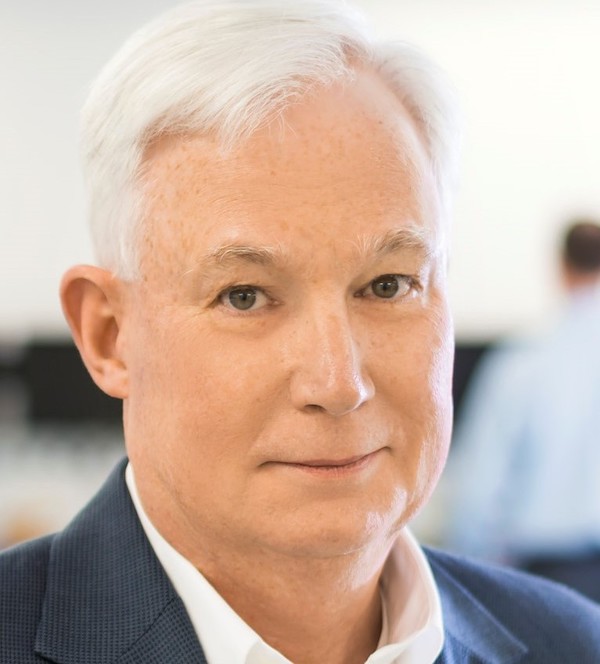 John DeWaal is founder and president of CoastIPC, a supplier of industrial and embedded PCs for applications in machine vision, automation, AI/deep learning/machine learning, and autonomous vehicles. Over the last 40 years, DeWaal has held several leadership, marketing, and sales positions in the industrial automation space.

How Drone Delivery Could Change Cities in the Years to Come
Dronedek is betting on drones reducing traffic, speeding up delivery times, and decreasing package theft.
More Drones