FJ Dynamics Closes Series B Funding for Mobile Robots in Agriculture, Other Industries 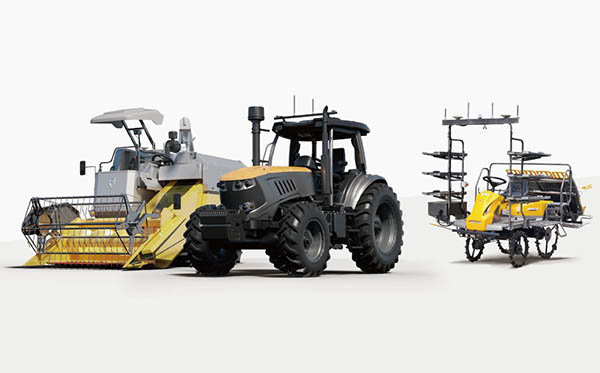 FJ Dynamics
FJ Dynamics provides an autonomy kit for farm vehicles for all steps of production.
By Robotics 24/7 Staff
·

FJ Dynamics Technology Co. has closed a $70 million Series B round as it develops robots for agriculture, construction, facilities management, and landscaping. The Shenzhen, China-based company, also known as Fengjiangzhineng Co., said it plans to use the funding to grow its product suite and to support customers worldwide.

“If you look at how robotic technology is being applied, there are a lot of companies using drones and autonomous vehicles,” said Wu Di, founder and CEO of FJ Dynamics. “But the majority of people on earth aren’t benefiting from it.”

“Agriculture, construction, gardening ... work conditions in these sectors are physically demanding, and there are still a lot of us doing this kind of job,” he told TechCrunch. The question is how we use robotic technology to improve their work environment, and that doesn’t mean simply replacing them with robots.”

Among the systems that FJ Dynamics sells are a vision-guided RoboFeeder robot that pushes feed to cows and its autosteering add-on kit for agricultural equipment. The kit is now available in Europe.

“I never talk about technology to my customers,” said Wu. “The farmer is more interested in whether my product can help improve the crop yield. Every farmer is an economist.”

FJD's 3D Excavator Guidance system, released in March, provides static accuracy of 3 cm (1.1 in.) and assisted accuracy of 5 cm (1.9 in.) in temperatures from -30°C to +70°C (-22°F to 158°F). Under assisted mode, the operator just needs to control the arm, and the bucket and the boom will run automatically, said the company. This can reduce the difference between a novice and an experienced operator at construction sites, it said.

In May, FJ Dynamics released its first fully autonomous lawnmower, which it said uses satellite navigation and can reduce costs and safety incidents. The company also provides diesel and electric emergency power generators.

In addition, FJD has developed a disinfection robot that it said can efficiently spray a chemical mist or use ultraviolet light for cleaning. The mobile robot can also provide information on its status in real time, cooperate with other robots, and automatically patrol in a preset area, said the company.

FJ Dynamics declined to name the sole investor in its Series B round, which it identified as a Chinese Internet company. The company last year raised about $30 million, and previous participants included DJI, Dongfeng Asset Management, and Tencent.

The startup, which was founded in 2017, reportedly has facilities in China, Sweden, and the Netherlands and has customers in 60 countries.

The global market for agricultural robots will experience a compound annual growth rate (CAGR) of 19.3%, expanding from $4.9 billion (U.S.) in 2021 to $11.9 billion in 2026, according to Markets and Markets. It credited labor shortages, maturing navigation technologies, and the “use of real-time multimodal robot systems in fields.”

Similarly, Research and Markets predicted a CAGR of 14.5% between 2021 and 2027. The analyst firm noted that intial costs are still high, but governments are increasing their subsidies for new technologies.

FJ Dynamics
FJ Dynamics provides an autonomy kit for farm vehicles for all steps of production.