Flytrex will be delivering sandwiches and other mobile orders in a one-mile radius in Holly Springs, N.C. 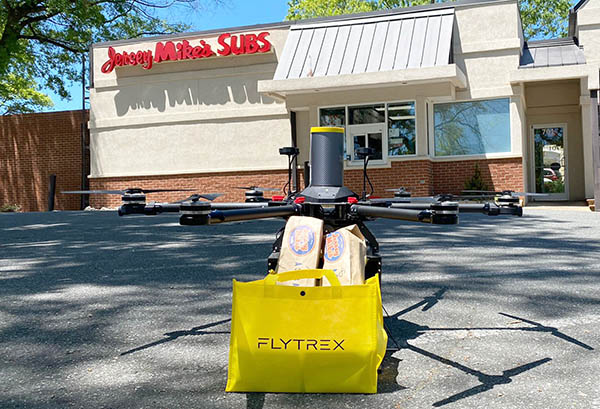 Jersey Mike's Subs today announced that it has partnered with Flytrex Inc. to deliver food orders via aerial drones in Holly Springs, N.C. The companies said they will deliver orders to the front yards and backyards of local residents with a flight time of just five minutes.

With more than 2,200 locations nationwide, Jersey Mike’s Subs serves freshly sliced and grilled subs on bread freshly baked in store, following the the same recipe it started with in 1956. The Manasquan, N.J.-based company is reportedly one of the fastest-growing franchises in the U.S., ranked No. 4 on Entrepreneur’s “2022 Franchise 500.”

Flytrex takes off with drone deliveries

“We’re excited to team up with Jersey Mike’s to deliver subs throughout the skies of North Carolina and look forward to expanding our partnership everywhere they deliver their delicious food,” said Yariv Bash, co-founder and CEO of Flytrex. “Drone delivery is accelerating quicker than anyone could have anticipated, and we are thrilled to be at the forefront of that movement – using our technology to ensure retailers and restaurants can stay ahead of the ultrafast delivery curve.”

Flytrex claimed that its service, which uses commercial-aviation grade drones and cloud systems, is “safe, swift, and sustainable.” It raised $40 million in Series C funding in November 2021.

Customers can place orders for Jersey Mike's and other QSRs using the Flytrex app, which will update them regarding their order status along the route until the package is lowered safely by wire into their backyards. Flytrex and Causey said they conduct all flights while maintaining the highest safety standards. 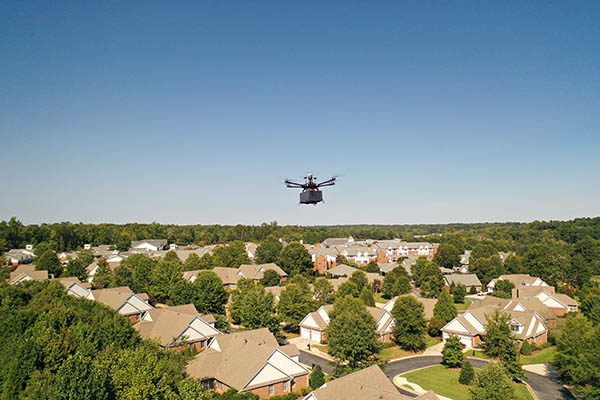 Flytrex and Jersey Mike's will be delivering fresh sandwiches in a one-mile radius. Source: Flytrex

Flytrex noted that its partnership with Jersey Mike’s is its latest milestone. Most recently, the drone delivery company launched in Granbury, Texas, just outside of Dallas-Fort Worth.

Flytrex has also been operating in the state of North Carolina since September 2020, beginning in Fayetteville, and expanding to the town of Raeford. In October 2021, the company launched its third drone-delivery station in the “First in Flight” state at the Holly Springs Towne Center. Flytrex’s delivery service is now available to 10,000 homes across North Carolina and Texas.

The company claimed that it has already completed thousands of drone deliveries, more than than any other company in the U.S.