Geek+ says its new cross-docking system can more than double throughput and increase the number of stores supported. 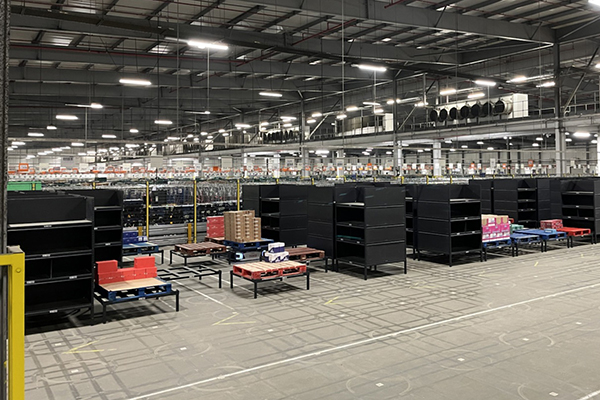 Geek+
A cross-docking facility is ready for mobile robots.
By Robotics 24/7 Staff
·

Geekplus Technology Co. today announced its cross-docking system for autonomous mobile robots, or AMRs, in grocery supply chains. The Beijing-based company said it will enable operators to get goods with short shelf lives out to stores more quickly.

“AMR-driven cross-docking is a major boon to supermarket operations everywhere,” stated Kai Liu, co-founder and vice president of picking and smart warehouse at Geek+. “By entrusting this crucial step of the supply chain to robotics technology, we can minimize the time foodstuffs spend in storage and maximize the time they are on the shelves where people can enjoy them. This is another example of how AMRs can improve our quality of life.”

Founded in 2015, Geek+ said it applies robotics and artificial intelligence to help warehouses and supply chains be more efficient. The company, which has more than 1,500 employees worldwide, last year said it has sold 20,000 AMRs.

Time is at a premium in distribution centers, with orders waiting to be filled as soon as goods are received, according to Geek+. While traditional cross-docking approaches could handle volumes of 150 to 200 cases received and dispatched per hour, Geek+ said its P800 robots can process inventory at a rate of 300 to 500 cases per hour while maintaining an order-fulfillment accuracy of 99.99%.

“This puts food and other perishables onto supermarket shelves as quickly as possible and minimizes waste while delivering the freshest, best-quality ingredients to consumers,” said the company.

It added that shorter storage periods and faster picking can help customers meet the same-day delivery needs of e-commerce, retail, fresh food, and other logistics scenarios where shelf lives are short. 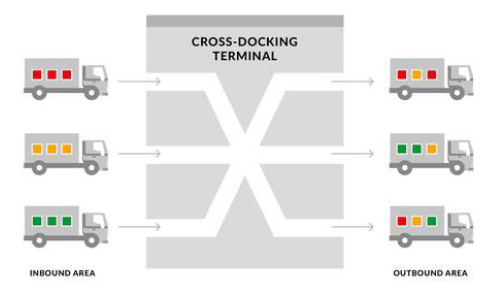 Geek+ claimed that its AMRs greatly simplify cross-docking operations. They can receive whole pallets, put them away, and ready them for picking without unstacking, it said.

The company added that its algorithms can manage the inventory, compile order pallets, and then automatically deliver them to collection points. The system allows temporary storage and order collection to be done simultaneously in the same area. The reduction in space and overall steps between receiving and distribution allows one terminal to support more stores, Geek+ explained.

The cross-docking can be implemented and operational in just two months, resulting in a faster boost in productivity and return on investment (ROI), said the company. Geek+ added that two global top 10 supermarket chains have already successfully implemented it new cross-docking technology in their distribution centers.

The company said its robots and software can provide highly accurate distribution, low return and damage rates, and extremely quick distribution for supermarkets around the world.

At MODEX 2022 in Atlanta last week, Geek+ demonstrated its PopPick goods-to-person system, its RoboShuttle for micro-fulfillment centers, and its S20C-A conveyor and sortation robot.

“The S20C-A conveyor top and adjustable sorting were big asks from customers,” said Randy Randolph, vice president of channels and partnerships at Geek+. “This is the U.S. product debut, and the RoboShuttle+40 can sort to different heights.”

“Our four-way shuttle robot for pallets combines ground picking with multi-level picking,” he told Robotics 24/7. “It's an evolution of PopPick, whose robotic arms retrieve totes, that has the density of an ASRS [automated storage and retrieval system] without the infrastructure.”

Geek+
A cross-docking facility is ready for mobile robots.