The IAC plans to continue pushing the boundaries of head-to-head autonomous racing and showcasing the future of autonomous mobility. 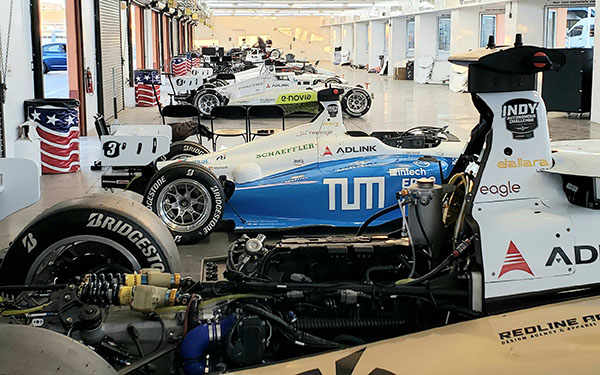 The Indy Autonomous Challenge, or IAC, plans to have a significant presence at CES 2023, including a tabletop at CES Unveiled, a press conference, a self-driving car race, and an exhibit with the Indiana Economic Development Corp.

“We're introducing Level 5 autonomous vehicles to audiences in a fun and compelling way,” said Paul Mitchell, president of the IAC. “We're putting forward vehicles that have the most advanced autonomy in the world and that are the fastest autonomous racecars in the world.”

The IAC started as a $1 million prize competition with 31 university teams signing up to compete more than two years ago, representing top engineering and technology programs from 15 U.S. states and 10 countries. The Indiana-based organization said it is “working to establish a hub for performance automation in the state and is looking to attract the best and the brightest minds from around the globe to further state-of-the-art technology in safety and performance of automated vehicles.”

“We've built up our staff. It's different from traditional motor sports, which have week-in, week-out competition among drivers for live audiences,” Mitchell told Robotics 24/7. “Each event is the culmination of months of development work.”

Nine teams get ready for next race

The Indy Autonomous Challenge @ CES will return to the Las Vegas Motor Speedway from 10:00 a.m. to 3:00 p.m. PST on Jan. 7. Shuttles will depart from the Las Vegas Convention Center (LVCC) West Hall beginning at 11:00 a.m., and there will be a rideshare pickup/drop off, as well as onsite parking.

According to the competition rules, the race will consist of a single elimination tournament with multiple rounds of high-speed, head-to-head passing matches with AV-21 racecars, culminating in a championship rounds.

Nine university teams are seeking to compete and break autonomous racing world records in the Autonomous Challenge @ CES 2023, including:

We're always working with the teams, not only to ensure a level playing field, but also to encourage collaboration,” said Mitchell. “It also gets more challenging, as we have healthy debates on how aggressive to be before we publish the rules.”

In addition to these technology suppliers, Continental said it is the exclusive supplier of 4D imaging radars for the IAC with its ARS540. VectorNav Technologies will supply its VN-310 dual-antenna GNSS/INS with real-time kinematic (RTK) positioning for the Dellara AV-21 racecars.

“These are among the most advanced autonomous vehicles in the world,” explained Mitchell. “There's no place for a human, and the autonomous system is packed tightly into the cockpit, including three lidars, three radars, a supercomputer, a drive-by-wire system, six optical sensors, six GPS/GNSS units, a low-level computer, a BP/Cisco network switch, and wireless communications.”

“If you look at the cockpit, packaging, harnesses, wiring, aerodynamics, and connectivity of these vehicles, we're addressing constraints,” he said. “Compared with commercial [self-driving] vehicles on the roads, if you open their trunks, you'd see wires everywhere and server racks—that's not yet automotive-grade. Our racecars don't have lidar domes, but Luminar 3D-printed a cockpit cover.”

“Our sponsors often send engineers to our shop in Indianapolis,” Mitchell added. “They want to see their technologies pushed to the absolute limit and understand how operating at 140 to 170 mph affects latency or the effectiveness of lidar.”

The vehicles run on ROScube and AVA-3350-series controllers from ADLINK, and software from Real-Time Innovations (RTI).

All CES attendees can attend the race event at the Las Vegas Motor Speedway and experience infield festivities with the IAC, including a WatchZone with trackside viewing, concession areas, a DJ, and more. 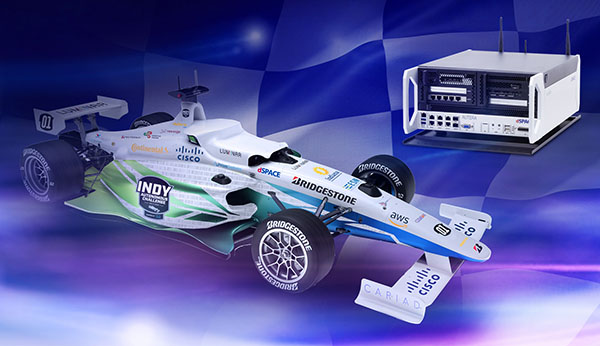 Both CES Unveiled and the IAC press conference are for the media only. They will be at the Mandalay Bay on Jan. 3 and 4, respectively.

At CES Unveiled, IAC executives will offer an in-depth look at the innovation behind the Dallara AV-21 autonomous racecar.

At the IAC press conference, Mitchell, special guests, and partners will discuss enhanced technology in this year's vehicles, plans for engaging more teams, and transitioning into other race formats in 2023 and 2024. They will also discuss how teams have advanced to achieve full interaction at high speeds between two autonomous agents without vehicle-to-vehicle communication.