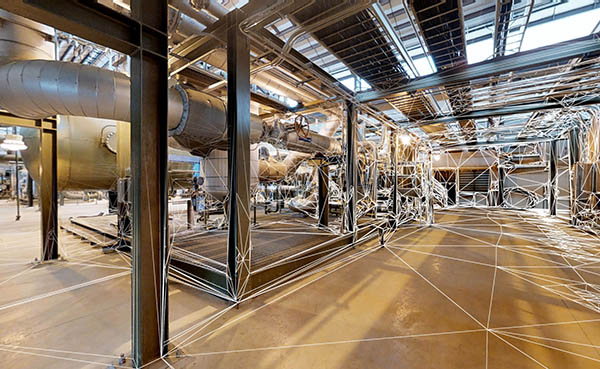 Reliable and diverse digital twins are used to train robots for indoor applications ranging from warehouse operations to customer service. Matterport Inc. today announced that it has completed its business combination with Gores Holdings VI, a special-purpose acquisition company (SPAC). The Sunnyvale, Calif.-based company said that it has received nearly $640 million in gross proceeds and that it will be listed as “MTTR” on Nasdaq starting tomorrow.

“Becoming a publicly traded company is a strategic transaction for Matterport that strengthens our position as the market-leading spatial data company for the built world, and propels the global property market into the future,” stated RJ Pittman, CEO and chairman of the board of directors of the combined company. “We’re at the dawn of a new era for what’s possible when buildings become data. To capitalize on this extraordinary market opportunity, we plan to increase our investment in our customers’ success, scale innovation and R&D, and accelerate growth through our spatial data platform for the 20 billion spaces around the world.”

The company introduced the Matterport Pro camera about a decade ago, and its digital library is growing by 230,000 sq. ft. per month.

With more than 4 billion buildings worldwide, the built world is the largest undisrupted market, with less than 1% digitized, said Matterport. Worth an estimated $230 trillion, the global real estate market is the world’s largest asset class, including commercial, industrial, and residential properties.

The company said its spatial data platform, powered by the Cortex AI deep learning neural network, can transform any physical space into a dimensionally accurate and photorealistic digital twin. More than 330,000 subscribers in over 150 countries have captured data on over 5 million spaces to better access, manage, and understand spaces, from a single property to a global portfolio of buildings.

Matterport said it hosts the largest spatial data library in the world, including more than 10 billion sq. ft. of space and digital twins of all shapes and sizes. The company claimed that its 3D digital twins can improve every part of the building lifecycle, from planning, construction, and operations to documentation, appraisal, and marketing.

In addition, the company touted the following technical innovations and global growth initiatives:

Matterport said it has received approximately $640 million total cash, net of fees and expenses paid in connection with the closing of the merger. This includes approximately $308 million from Gores Holdings VI, net of redemptions.

“We are thrilled to partner with RJ and the entire Matterport team as they continue to capitalize on one of the world’s largest undisrupted markets,” said Alec Gores, CEO of The Gores Group. “Matterport’s game-changing technology is the gold standard across the industry, and they have solidified themselves as a market leader. There is tremendous opportunity for growth, and we are excited to close this transaction and work closely with Matterport on its mission to make every building more valuable and accessible.”

Gores Holdings VI is a SPAC sponsored by an affiliate of The Gores Group LLC, which has invested in and operated growth businesses for more than 35 years. The group has been involved in $38 billion worth of deals, including with lidar provider Luminar Technologies Inc.

Matterport said that it will provide more information about the transaction in a “current report” on Form 8-K to be filed with the U.S. Securities and Exchange Commission (SEC).