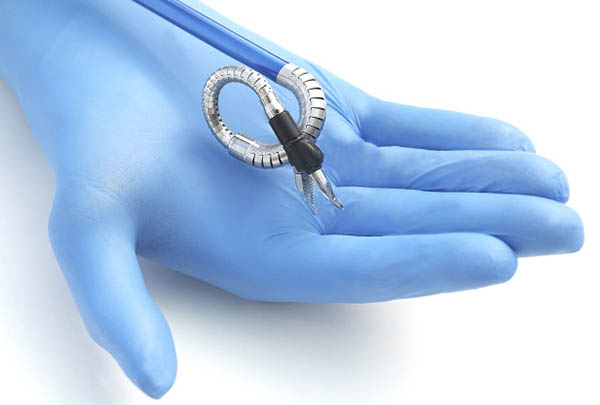 Memic Innovative Surgery
Memic says its design is smaller and more cost-effective than other surgical robots.
By Robotics 24/7 Staff
·

Memic Innovative Surgery Ltd. has entered into a definitive agreement for a business combination with MedTech Acquisition Corp., according to an announcement yesterday by investor Peregrine Ventures. Memic has been developing proprietary surgical robots.

“Memic brings to the market a robotic technology that enables robotic surgery with an accuracy not known before at an affordable price,” stated Eyal Lifschitz, co-founder and managing partner of Peregrine Ventures. He is the vice chairman of Memic as well as the chairman of the business committee on Memic's board of directors.

Founded in 2013, Memic is based in Tel Aviv, Israel, with a wholly owned subsidiary in Fort Lauderdale, Fla. The company has developed the Hominis robotic platform for surgical procedures.

Memic claimed that Hominis is the first and only surgical robot authorized by the U.S. Food and Drug Administration (FDA) that features miniature humanoid-shaped arms. They have shoulder, elbow, and wrist joints, providing human-level dexterity and 360-degree articulation, said the company.

Hominis' compact and mobile design occupies a minimal footprint at a significant cost advantage in comparison with available robotic technology, it added.

The first FDA-authorized indication of Hominis is in women's health, including benign hysterectomy via transvaginal approach, which is known to be less painful, has lower infection rates, has faster recovery and no visible scarring. Current robotic technology doesn't allow transvaginal access.

Vaginal access is performed manually in 16% of all cases. Hominis was developed to address the anatomical barriers and accessibility challenges that have up to now limited the use of robotic technology in this kind of surgery.

Memic has applied for approval of its Hominis system in countries outside the U.S., including the CE Mark from the European Union. As part of its research and development efforts, Memic plans to pursue general surgery and transluminal indications for the system.

Peregrine Ventures was founded in 2001 by serial entrepreneurs Eyal Lifschitz and Boaz Lifschitz, who have been active in the establishment of startups since the 1990s. The Or Yehuda, Israel-based firm invests in fields including medical devices. It said its exits, not including Memic, are worth an accumulated value of more than $2 billion.

Peregrine Ventures' incubator provided the initial investment in Memic, as well as extensive financial support and guidance since the company's inception. Peregrine said it has played a key role in forming Memic's business development and intellectual property (IP) strategy and in assisting it through the product development and the clinical stage processes.

As the major stake holder in Memic, Peregrine has led all of Memic's financing rounds and directly contributed to the rapid growth in the company's valuation over the past years. Memic raised $96 million in April.

Following the completion of the business combination transaction – expected in the fourth quarter of 2021 – the combined company will operate under the Memic name with an estimated pro-forma equity value of more than $1 billion. Accordingly, Memic will apply to have its ordinary shares listed on the NASDAQ, said Peregrine.

“The combination of Memic, led by CEO Dvir Cohen, and the MedTech Acquisition Co. will enable Memic to realize its vision of global leadership for cutting-edge robotic medicine,” said Lifschitz.

Memic Innovative Surgery
Memic says its design is smaller and more cost-effective than other surgical robots.