Merlin Labs is working on developing technology that will allow airplanes to operate without a human on board. 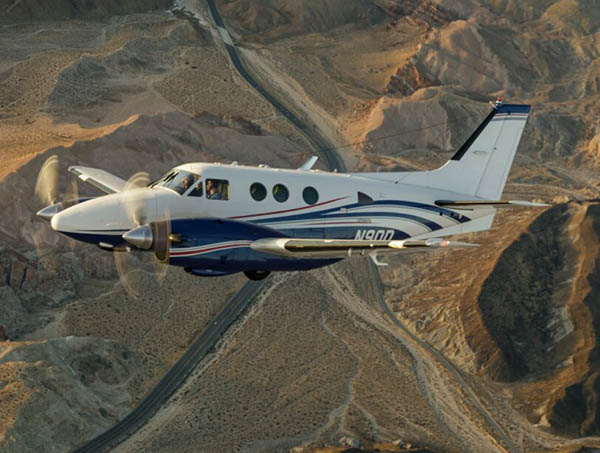 Autonomous aviation company Merlin Labs announced today that it has raised $105 million in a Series B round. The round follows Merlin's $25 million Series A round led by GV and First Round Capital, bringing its total funding to $130 million to date.

Merlin said its advanced hardware and software technologies allow for increased safety and the possibility of crew reductions in the face of a global shortage of pilots.

The company, which has additional offices in Los Angeles, Denver, Mojave, and Aukland, N.Z., said it has flown hundreds of missions out of its facility at the Mojave Air & Space Port. The key to its success, it said, is its integrated platform.

“We have integrated our platform into four different aircraft types, ranging from single engine to complex, multi-engine aircraft,” reads an excerpt on the company’s website.

Flying in the sky without a human on board

The company says it prioritizes “on-board autonomy rather than remote piloting.”

“Our immediate goal is to allow an aircraft to make its own decisions, with a pilot maintain a presence for monitoring purposes. Longer term, we seek to enable aircraft to fly safely without a human on board,” the company said.

In the year since the company's emergence from “stealth mode”, it said it has achieved several milestones.

In September 2021, the company announced that it had achieved approval of its certification basis for takeoff to touchdown autonomy system as part of a joint project with the US Federal Aviation Administration (FAA) and the New Zealand Civil Aviation Authority (CAA) – the first of its kind in the world.

Also in 2021, the company announced a partnership with Dynamic Aviation as part of its launch, bringing autonomy to the world's largest fleet of Beechcraft King Airs. It then announced its partnership with Ameriflight, the largest Part 135 cargo airline in the United States.

The Series B round was led by Snowpoint and Baillie Gifford, with major participation by existing investor GV.

According to the Business Research Company, the global unmanned commercial aerial vehicle (UAV) market is expected to grow from $12.3 billion in 2021 to 13.87 billion in 2022.