Chris Corgnati has been the president of MissionGO since February. 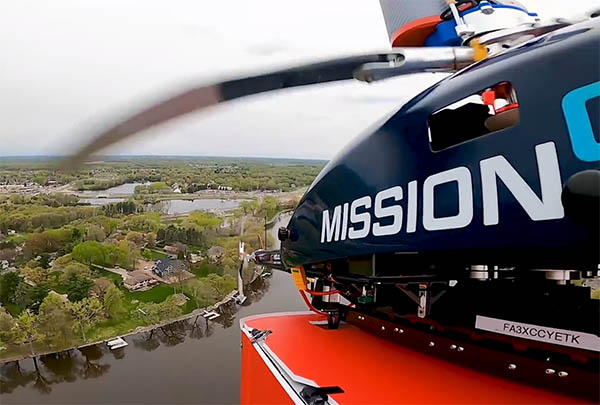 MissonGO
MissonGO was founded in 2019 and is based in Baltimore, Maryland.
By Cesareo Contreras
·

MissionGO Unmanned Systems tapped Chris Corgnati to be its new president in part because of his technical understanding of the company’s products and the red tape required to expand their reach.

“We are an aviation services company that just happens to specialize in unmanned aircrafts,” Corgnati told Robotics 24/7.

Corgnati is a former U.S. Navy captain and has experience in the unmanned aviation business and navigating federal goverment processes. One of his first priorities is to help the company receive Federal Aviation Administration Type Certification for its unmanned aircrafts, according to a MissionGO announcement.

“We are hopefully by the end of the year, going to have a Type Certified cargo-capable helicopter,” he said. “We will have proven our safety and processes and procedures to the FAA’s satisfaction.”

The company teams up with hospitals and organ procurement organizations around the country as part of its pilot organ transplant service, said Sean Connor, business development lead at MissionGO.

Its MG Velos 100 drone helicopter has been used to transport kidneys, pancreases, and human tissue. While some of those flights were for testing purposes, MissionGO claims to be the only company to have delivered an organ via an unmanned aircraft that was used for transplantation in a human.

Deliveries follow a pre-planned route, and the helicopter drones often work autonomously, Corgnati said, but they are monitored and can be controlled when needed.

There are challenges to keep in mind when delivering such high-value cargo, he said, including temperatures and barometric pressures. All those are tracked during organ deliveries. MissionGO has also delivered medical items such as vaccines and insulin.

Corgnati noted that the company recently conducted a demonstration at Navajo Nation in New Mexico. The helicopter proved to be useful in that environment since the area doesn’t have many paved roads or the infrastructure needed to deliver things quickly, he said.

“We can do that quite efficiently with our unmanned aircraft,” Corgnati said.

FAA regulations limit the areas where the MG Velos can go, he noted, but the company is working to expand where it can deliver cargo. 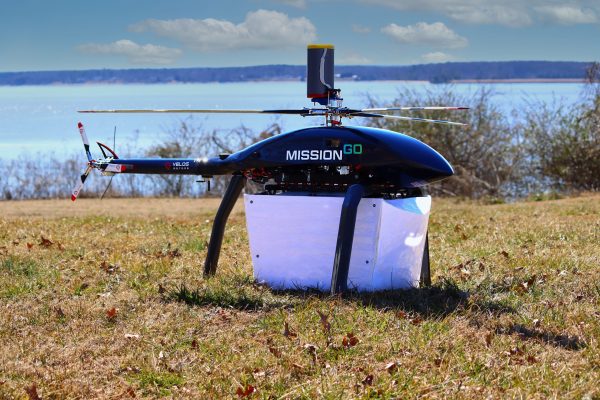 Corgnati said on the infrastructure and inspection side, the company’s machines are often remotely controlled, but he said all the vehicles have some type of autonomy for takeoff, route planning, and route flying.

Currently, the company's helicopter drones are being used to inspect power poles in California.

“Because you are flying around trees other vegetation and power lines and potentially buildings, it’s a manual process,” said Corgnati. “There are sensors and technologies out there that will allow you automate some of that, but quite honestly, for that mission, it works just fine for our pilots to drive those manually.”

The aircraft also have fail-safe artificial intelligence in case the operator loses communication with the device.

“That automation is always there in the background,” Corgnati said.

MissionGO’s training program was developed to train employees in-house but has since expanded. The training has online and in-person components.  Corgnati said the company has done more than 30 training sessions, mostly in the public safety sector. That includes police and fire departments and emergency response crews in Maryland, Virginia, New Jersey, and Pennsylvania.

He added that the training involves more than just teaching people how to use the helicopter. MissionGO also assists in helping people pick out the appropriate gear for their specific applications and helps manage service operations.

“[We don’t want to say], ‘Hey, here’s your unmanned aircraft, here’s two days of training. Go out and fly.’ We want to establish a long-term relationship,” Corgnati said.

Scott Plank, co-founder and CEO of MissionGO, remains at the company.

MissonGO
MissonGO was founded in 2019 and is based in Baltimore, Maryland.