At a recent visit to Omnicell's Pittsburgh facility, we got a look at how some of the company's automated pharmacy systems are made. 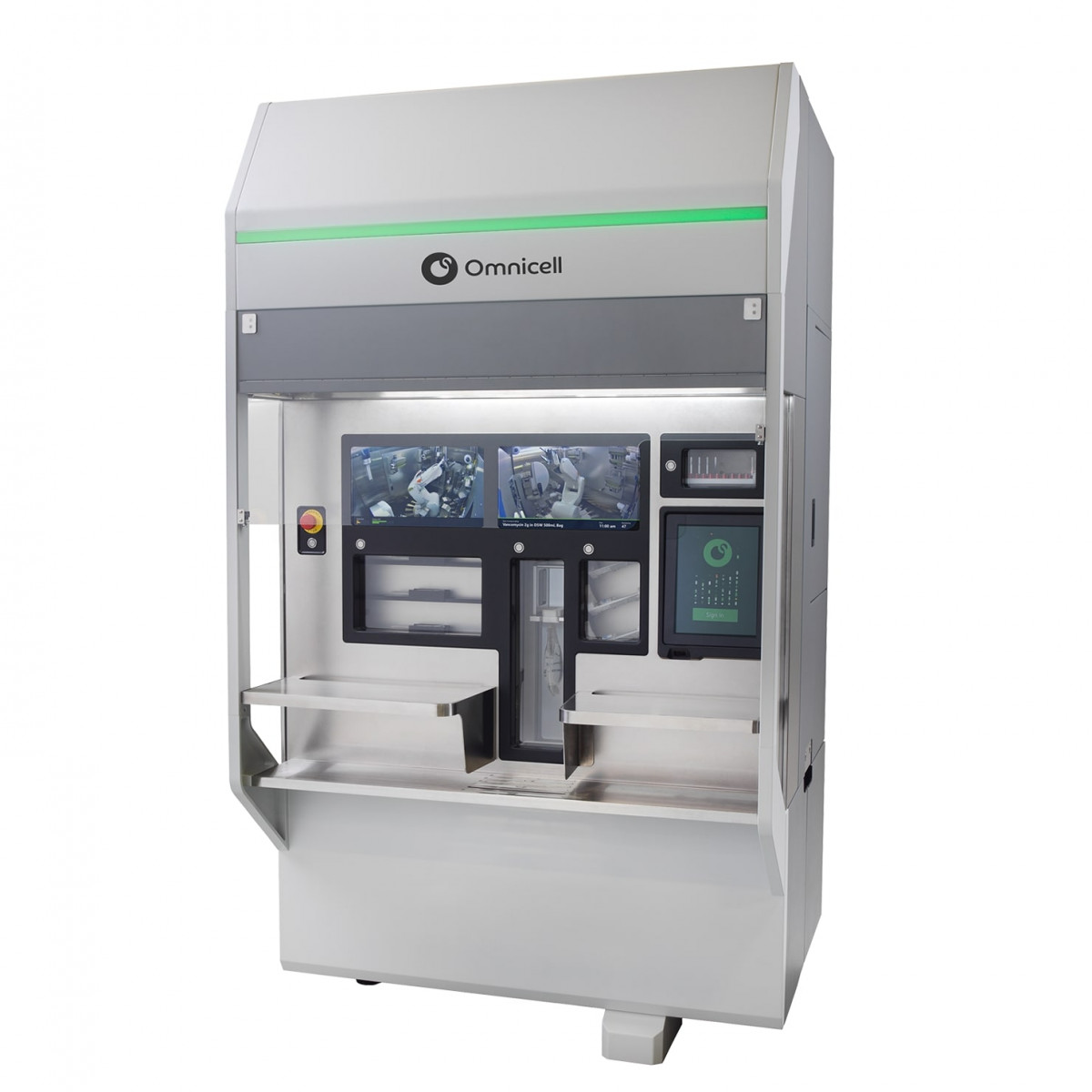 Omnicell
A look at the IVX Station Compounding Robot.
By Cesareo Contreras
·

PITTSBURGH — What role could technology play in helping doctors, nurses, and other medical staffers better manage supplies and medicines?

That’s the premise of Randall Lipps’ company Omnicell, which he founded back in 1992.

His daughter was hospitalized at birth, and he saw firsthand how much time medical personnel spent retrieving the proper supplies. It cut down on the ‌time they could spend caring for his newborn.

“Imagine if pharmacists and nurses were able to spend 100% of their time on patient-focused care – no more sorting, picking, checking, reconciling, transporting, or any other prone manual task or workflows,” reads an excerpt from the company’s website. “This is the vision of the autonomous pharmacy. A zero-error, fully automated, digital medication, and supply management delivery infrastructure designed to address clinical, operational, compliance and population healthcare challenges.”

Robotics 24/7 recently visited the company’s manufacturing and technology center in the Pittsburgh area to get a look at how some of its products are made.

Douglas Descalzi, vice president of robotics and automation systems at Omnicell, said some of the company’s most complex systems are built in Pittsburgh. That includes the XR2 Automated Central Pharmacy System and the company’s newest product, the IVX Station Compounding Robot, which it started assembling at the facility approximately four months ago.

The company also recently carved out about 15,000 sq. ft. at the facility to build out a robotics lab for testing, research, and development.

How do the XR2 and the IVX Station work?

The XR2 takes advantage of robotics to help medical staff better handle medications. Inside the system is a robot arm that sorts and picks through a range of different medications.

Omnicell said the system supports both centralized and decentralized distribution models and helps reduce the ‌time pharmacists and other medical staff need to handle different medications.

The XR2 can also reduce waste by being able to understand proper dosing and expiration dates, according to the company.

The system can be custom-designed to fit the client’s need, said Scott Sheeser, senior manager of MPI Programs in Manufacturing at Omnicell.

Like the XR2, the IVX takes advantage of a robot arm, but it has a smaller form factor than the XR2 and is less customizable.

The IVX Station is a little like a vending machine, but instead of requesting a soda or a snack, medical staffers can request specific medications, syringes, and other supplies.

Descalzi said the IVX Compound Station allows customers to have more buying options for determining how large and fast of a system they need.

Descalzi said the company is in the middle of delivering its IVX Compound Stations to its first customers.

The Pittsburgh facility has close to 100 employees, according to Scheeser.

One XR2 takes on average about 1,000 hours to build at the facility, said Scheeser, since the company assembles all the parts in-house.

As part of its procedures, the company has a team of inspectors who quality check parts at the facility as they come in.

With the arrival of the IVX Station, the company created a whole new area of the facility to simulate the function of each part of the unit to see if it works properly within a finished system.

“Some issues we’ve had in the past with other products, we didn’t have a high level of testing upfront,” Scheeser said. “We made a point with the IVX station to add a significant amount of testing of all the different subassemblies.”

He added, “We can test essentially every sub assembly that moves, basically everything in the IVX Station.”

At dedicated workstations, workers can perform a number of different scenarios to determine if parts are functioning properly.

“If the robot is grabbing a different size vial or different size syringe, rather than just saying ‘Oh, we set the sensors at normal. They should be good,’ Scheeser said. “Now, we can test all the different limits.”

He added that Omnicell is building a database to control charting and see how it can further reduce errors over time.

“What [Radcliffe] is working on is going to laser-focus the manufacturing engineering team to say these are the manufacturing instructions that we need to dig into a bit more in order for us to have a more reliable build,” explained Scheeser.

Radcliffe said 80% to 90% of all issues are caught in the test and sub-assembly level. 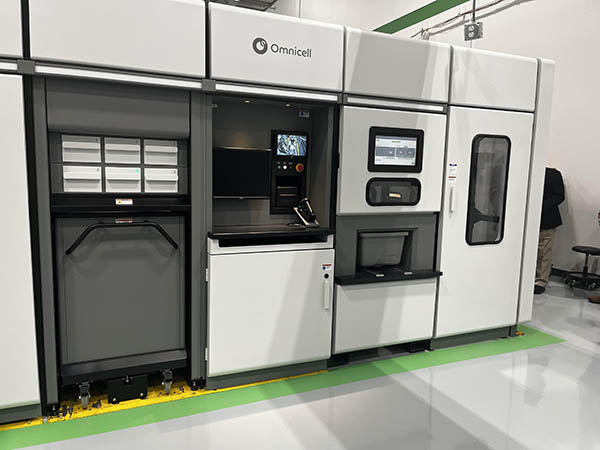 A look at the Omnicell XR2 in the company's verification lab. Source: Cesareo Contreras

Parris said his team works closely with the manufacturing team. Being closer together has “paid dividends,” he said.

Omnicell designed its space with collaboration in mind. For example, the doors leading to the lab from the manufacturing floor are the same size as standard hospital doors, Parris said. That’s useful because it helps them to do practice installs in-house.

The company’s robotics lab is made up of a number of different parts, including the space where it does verification testing for final production-equivalent-level devices and a large open space where employees can experiment more to develop and tackle new ideas.

“This is more of an engineering playground,” he said.

Omnicell
A look at the IVX Station Compounding Robot.