Latest funding joins $56 million Series B that manufacturing automation supplier raised in May. 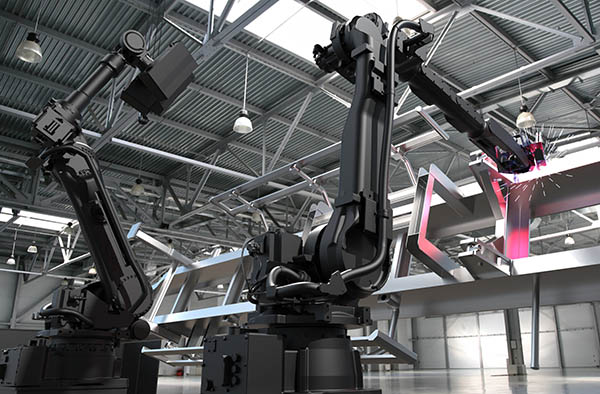 Path Robotics Inc., which has developed welding robots toward its goal of “truly autonomous manufacturing,” today said it has received $100 million in “pre-emptive” Series C funding. The Columbus, Ohio-based company raised $56 million in Series B funding in May.

“Most robots merely repeat what they are told, with no ability to improve themselves,” said Andrew Lonsberry, CEO of Path Robotics. “The future of manufacturing hinges on highly capable, flexible robotics. Robots that can truly see and learn.”

Path Robotics said it is developing artificial intelligence, machine learning, and computer vision systems to enable industrial robots to do more with less human input. While working on their Ph.D.s at Case Western Reserve University, brothers Andy and Alex Lonsberry discovered a market need for welding robotics. This led to the founding of Path Robotics in 2018 with their father, Ken Lonsberry, and Matt Klein.

Manufacturers are struggling to find skilled welders, noted Path Robotics. There is a projected gap of approximately 400,000 welders needed in the U.S. by 2024, and the population of welders continues to decrease every year, according to the American Welding Society.

By augmenting a shrinking workforce, robots can take on the most rote and uncomfortable tasks, allowing human welders to focus on the more creative work, said the company. Path Robotics claimed that its autonomous robots do not require programming, making it easier for manufacturers to adopt automation.

“Path is laser-focused on partnering with manufacturers to empower them to thrive in the resurgence of this critical industry,” said Andrew Lonsberry. “Through computer vision and artificial intelligence, Path’s system today can see what is in front of it, understand what it is supposed to do, and with the push of a button, execute a weld.”

“The challenge we face is addressing the diminishing supply of skilled welders, which is a critical skill set,” Rick Mokoski, senior vice president and chief operating officer, Americas, at Schenck Process LLC. “In order to support our growth and address the need for welding capability, we have teamed with Path Robotics.”

Path claimed that adoption of its robots can be transformative. “No longer is automation robotics just a cool thing to do. The world's shifting demographics make it critical to attract talent and compete,” said Diane Larkin, executive vice president of global operations at Valmont Industries. “Path Robotics brings fully autonomous welding to bear on our factory floors.”

Tiger Global led Path Robotics' Series C round, with participation from existing investor Addition, as well as Silicon Valley Bank. Path said it is continuously innovating to further expand its offerings beyond welding for customers.

“Path’s innovative approach to computer vision and proprietary AI software allows robots to sense, understand and adapt to the challenges of each unique welding project,” said Griffin Schroeder, a partner at Tiger Global. “We believe this breakthrough technology can be adopted for many other applications and products beyond just welding, to serve their customers holistically.”

“The future of intelligent machines and manufacturing is being created at Path Robotics right now,” said Alex Lonsberry, co-founder and chief technology officer at Path Robotics. “Realizing our mission requires a visionary team of partners, and we are pleased to have Tiger Global’s support.”

RiACT Execs Aim for Cobots That Are Both Flexible and Simple to Use
Danish software firm obtains funding as it develops a universal abstraction layer and platform for robotics integrators.

Robotics Veteran Thomas Visti Joins Owners of WeldingDroid
The Danish robotics startup plans to use its new capital to expand in Germany and the U.S.

Top 10 Robotics Transactions of May 2021
Autonomous trucks, motion control, and sensors were among the areas receiving investment in May 2021.
More Welding