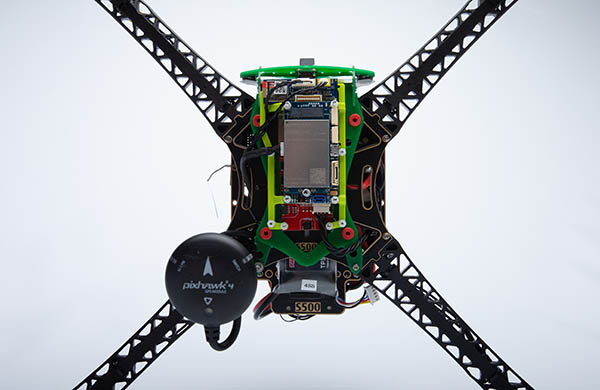 Qualcomm Technologies Inc. today announced the release of the Qualcomm Flight RB5 5G drone reference platform, which is intended to enable developers to apply 5G networking and artificial intelligence to new commercial and industrial applications. It is being manufactured and distributed by partner ModalAI.

Qualcomm said it is working with Verizon to complete network testing of the Qualcomm Flight RB5 Platform for the Verizon 5G network. It said it expects the new platform, which is 5G mmWave-capable, to be offered via the Verizon Thingspace Marketplace.

“We're scaling 5G, AI, and deep learning for the next generation of drones,” said Dev Singh, senior director and general manager of robotics, drones, and intelligent machines at Qualcomm. “The Qualcomm RB5 5G platform supports Wi-Fi 6 and 5G low-latency connectivity. It has a power-efficient design, which is ideal for aerial inspection, filming, delivery, defense, mapping, and first response.”

“In September 2015, the Qualcomm Flight Platform became part of the Mars Ingenuity helicopter, which has completed 11 flights now,” Singh told Robotics 24/7. “It's now in operation, not just a technology demonstration. This shows the power of the Snapdragon processor, which is 100 times more powerful than what was on all the prior space missions.”

“In December 2018, with ModalAI, the Qualcomm Flight Pro development kit was used by Uber Eats,” he recalled. “We're enabling more than 200 drone and robotics ecosystem members.”

“In 2018, 5G was just starting to roll out, and we engaged with customers,” Singh said. “We started as a startup within Qualcomm and took eight to 10 months to launch this. We're really excited to bring this thought leadership in future use cases.”

“We do the heavy lifting with this first 5G and AI platform, and we now provide a developer drone that's ready to fly out of the box,” he added. “The processing, sensors, and integration are already done.”

The new reference drone builds upon the company's latest Internet of Things (IoT) offerings and uses the QRB5165 processor.

“The main camera has 8K resolution, which can be used to detect and classify defects in real time for inspections,” he said.

In addition, the Qualcomm RB5 5G is intended to support increased autonomy, including visual-intertial odometry (VIO) and navigation in GPS-denied environments.

“5G is fundamental to Qualcomm's vision of an intelligent wireless edge and distributed computing,” said Singh. “Before, AI was tied to the cloud, but now, it can be on the device. You still need to balance memory and power consumption. 5G makes a ubiquitous connectivity fabric for smart networks, and Qualcomm RB5 5G provides the systems performance, network security, and throughput. We have strong relationships with all the major carriers because of our mobile business.”

Qualcomm added that its RB5 5G has a 10-km [6.2-mi.] range. Could the platform be used in other types of vehicles? 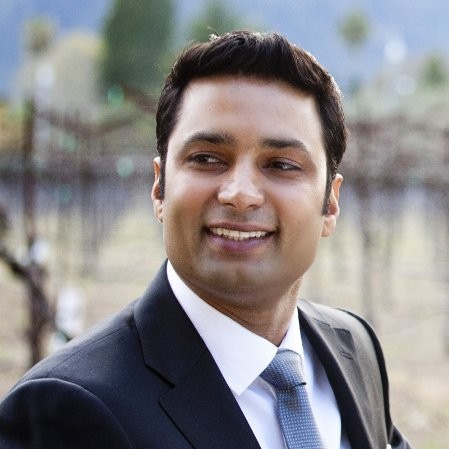 “We're one of the few semiconductor companies with a robotics division, and I have 300 engineers,” he said. “We're in millions of robots out there. We saw a lot of interest in the QRB5165, but we also wanted to provide a reference design customized for drones.”

“For example, the RB5 5G includes flight-control support,” continued Singh. “Developers don't have to worry about IMUs [inertial measurement units] or time-stamped data from the drone for stability. They can focus on the drone inspection algorithms.”

“A development kit will be available in the fourth quarter,” Singh said. “We expect to see commercial applications for IoT and 5G drones soon.”

Drone market and applications to grow

Qualcomm noted that 1 million commercial drones shipped in 2020 and projected 5 million in 2025. Meanwhile, the company said it expects consumer drone shipments to grow from 10 million in 2020 to 21 million by 2025. However, Singh noted that the number of drones is only one measure of the growing industrial applications for unmanned aerial systems (UASes).

“Analysts predict a 30% CAGR [compound annual growth rate] for the drone industry, and asset inspection is a $15 billion business,” he said. “The utility indusry is a $2.2 billion business. There are fewer units, but real business problems are being solved.”

“Today, utilities have to inspect their assets—such as wind farms or transmission lines—by law,” Singh said. “It takes three people and eight hours downtime to climb up or the expense of a helicopter.”

“While there are challenges with delivery drones in neighborhoods, for delivering goods to nonpublic remote regions, it will happen sooner rather than later,” he noted. “And in public safety, drones are becoming essential in every firefighter's tool kit, to get situational awareness, especially in disaster areas where there's no infrastructure.”

“Once BVLOS is enabled, we'll see a drone in a box like a Roomba,” Singh predicted. “It will sit on an agricultural farm, a windfarm, or a fire station, and live on premises. It will go on its routine and charge itself. I can't wait to see what developers will come up with.”

As announced today at AUVSI Xponential, the Qualcomm RB5 5G reference design is now available for presale through ModalAI.