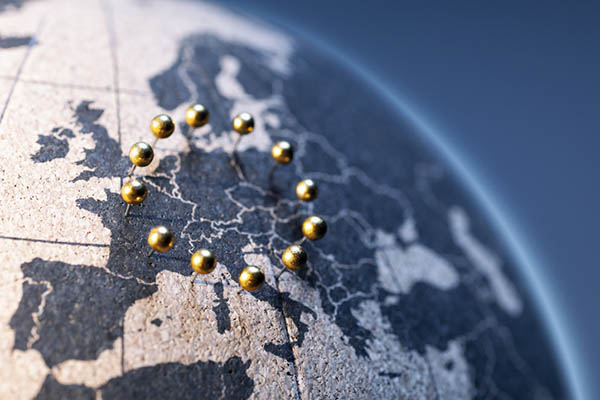 Government can help or hinder new technologies and industries. According to four experts in robotics in automation, the European Commission's proposed AI Act and updated machinery regulations could cause severe damage to European small businesses and robotics companies of all sizes. They today called on European policymakers to review and amend the proposals.

The new regulations would require machinery using software that could be classified as artificial intelligence to be certified by third parties for safety, adding what the industry and technology experts said is an unacceptable burden on business.

The European Commission's proposed regulations may be intended to protect safety and create a harmonized framework for AI and robotics, but they could instead stifle innovation, said the International Federation of Robotics (IFR), the VDMA Robotics + Automation Association, EUnited Robotics and REInvest Robotics.

“The politicians have the right intentions—to avoid problems in society—but they don't see the impact on emerging technologies and startups,” said Dr. Esben Hallundbæk Østergaard, founder of Universal Robots and CEO of REInvest Robotics. “It's not the future we want.”

“GDPR [the EU Global Data Protection Regulation] did a good job in limiting what data can be collected and how big corporations can use that data,” he told Robotics 24/7. “However, governments didn't foresee the impacts. In one catastrophic case in medical research, one large EU project collected data, but the next couldn't access it and was even fined.”

“All the large data-driven companies—Facebook, Google, Amazon, and others—are based in the U.S. and China,” Østergaard noted. “The EU wants to compete, but the new combination of laws could make it impossible for European companies to do so. It's like running a race with a 10 kg [22 lb.] backpack on.” 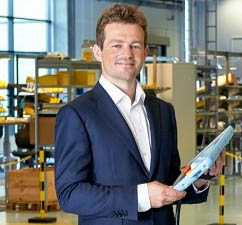 “Regulators don't want AI to turn evil and take over, but there's a fundamental difference between what's actually possible with AI and previous safety rules that addressed sawmills cutting limbs off of people,” he said. “It's better to say that machines should be safe without going into detail about how to achieve that goal. Existing machinery directives, which took a while for us to understand, have already matured quite well.”

“The AI Act could damage not only the AI and robotics industries, but also anybody who would would benefit from robotics in healthcare, farming, and construction,” he said. “This comes just as European automation has reached a level where it can help new segments.”

“Locally, the legislation will negatively affect thousands of small businesses, factories, and manufacturers that rely on robotics and AI to automate critical operations and overcome labor shortages,” said Østergaard. “The U.S. may have the lead in software, and China with big data, but robotics is one area where European knowledge of how to build machinery gives us an edge.”

The four organizations and their leaders cited the following concerns about the proposed regulations as they are currently worded:

“The EU-Commission’s proposals include burdensome regulations of so-called high-risk AI and high-risk machinery,” stated Patrick Schwarzkopf, managing director of the German VDMA Robotics + Automation Association and director of EUnited Robotics. “They include the introduction of extensive mandatory third-party certification requirements, which will discourage the use of AI and slow down innovation across Europe.”

“Another problem is that the definition of AI keeps evolving, from simply calulating faster than humans to symbolic reasoning and then to IBM Watson,” said Østergaard. “You need predictability or mean hours between failures for safety-rated systems, and you can't do that with deep learning or neural networks.”

“For a collaborative robot, if the end customer can adjust it after it's delivered, its questionable if you'd need someone to come out every time you need to make a minor change,” he added. “Today, a lot of devices are sold in Europe that don't comply with current safety laws—that's a much bigger risk than making it harder for those who already comply.”

“The International Federation of Robotics calls on European policymakers to amend both drafts to balance the protection of citizens with the market’s need to adopt new technologies and ensure a level-playing field for companies,” said Dr. Susanne Bieller, general secretary of the IFR. “This is not purely a European issue, as the proposed regulations will severely impact all companies bringing robots to the European market.” 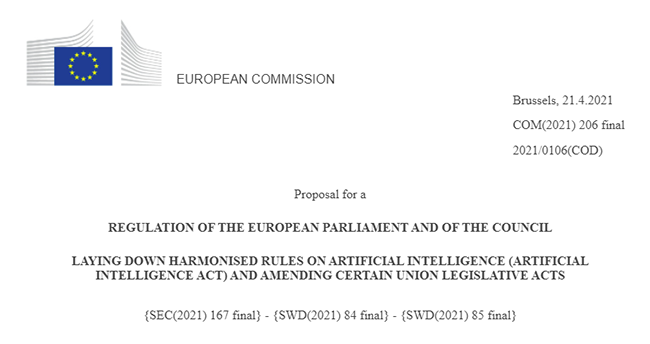 The four leaders of the European robotics organizations recommended a number of policy amendments. They included “limiting the scope of the AI Act to essential human rights risks, relying on manufacturers’ self-declaration of conformity in both the AI Act and Regulation on Machinery Products, and increasing enforcement and governance of the existing approach of the machinery directive, and working to create a global framework that increases safety and ethics while maintaining a level playing field.”

“The recent draft report published on the Regulation on Machinery products by the European Parliament’s Committee on Internal Market and Consumer Protection (IMCO) points in this direction by proposing to uphold the crucial principle of self-declaration,” they said.

“The current machinery directive has done a lot of good,” acknowledged Østergaard. “The problem is with governance. We recommend focusing on ensuring that products on the market actually comply with the current EU law, not creating new regulations.”

Top Three Trends With the Current Iteration of Robotics
CEO and Founder of RIOS, where he leads a team focused on solving the last mile automation in the factory...
More Artificial Intelligence