Brazil-based Solinftec is developing affordable technology for scouting and spraying, as well as to provide timely data to farmers. 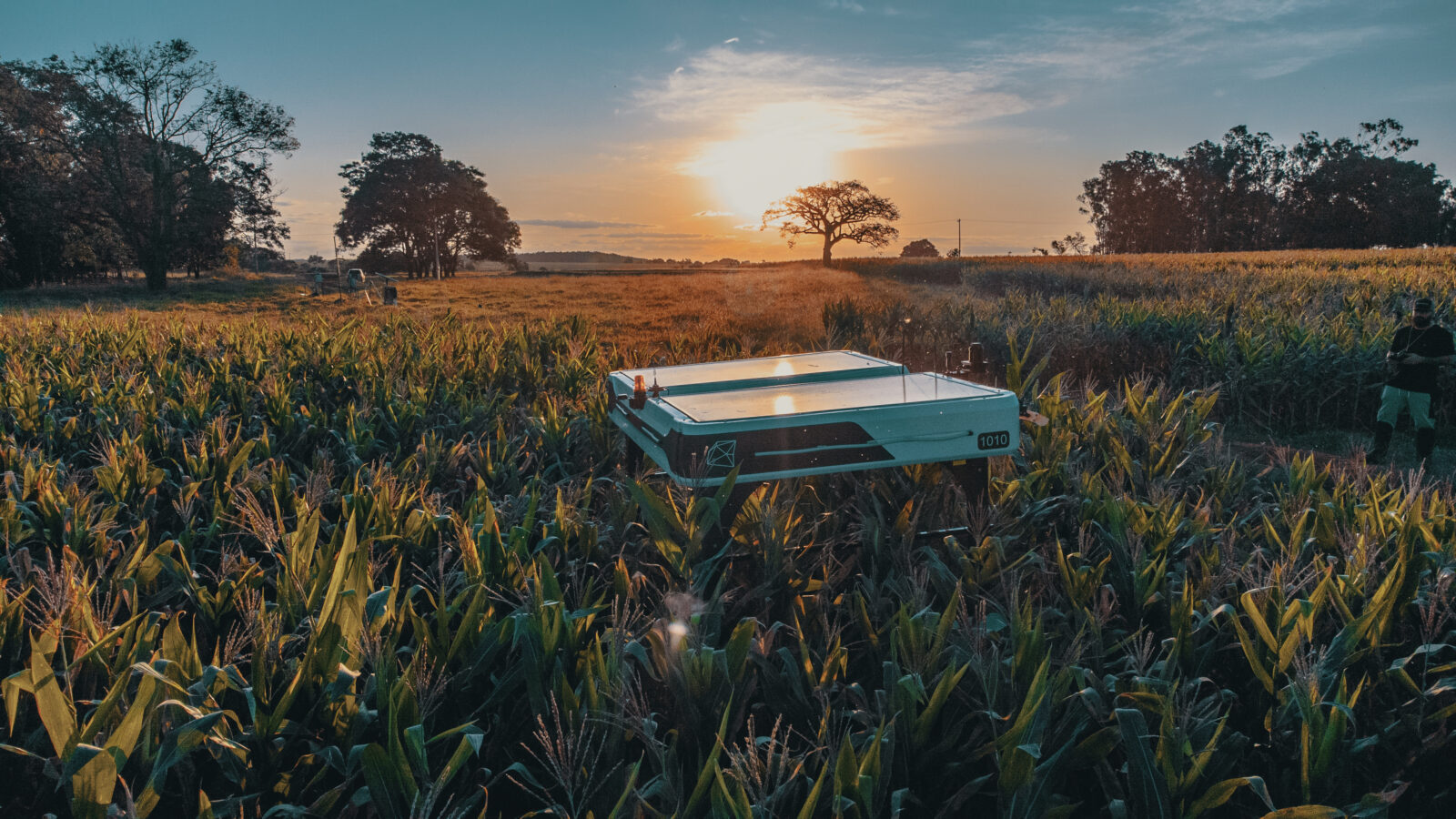 The global population recently passed the 8 billion milestone, and it could reach 10 billion in the next few decades, according to the United Nations. Producing enough food for that many people will be a challenge, especially in the face of climate change, a finite amount of arable land and fresh water, and workers moving to cities instead of working on farms, noted Solinftec.

Founded in 2007, the digital agriculture company has developed artificial intelligence and robotics to provide actionable data in real time; help reduce the use of fertilizers, fuel, and pesticides; and increase efficiency and yields. Sao Paulo, Brazil-based Solinftec launched ALICE AI in 2018 to orchestrate machine operations and make sustainability recommendations.

Solinftec, which has U.S. offices in West Lafayette, Ind., in May announced $60 million in funding. In August, it released its Solix Sprayer Robot, which joined the Solix Scouting Robot in its Solix Ag Robotics line. The spraying robot can not only scan for crop health and pests, but it can also monitor an entire field and apply spot-spray applications as needed.

“We've made a lot of progress with robots,” said Guilherme Ferreira, head of product and chief sustainability officer at Solinftec. He spoke with Robotics 24/7 about how the company developed robots and AI for agriculture, as well as its plans for scaling up globally.

What are farmers looking for in automation?

Ferreira: We've gotten a lot of feedback, but farmers want to see our technology at the field level. They want decreased use of inputs and pesticides and to improve the efficiency of weeding.

ALICE AI is getting better. We're using it not just in the U.S. but also in Brazil and Latin America. We can keep training models in South America while there is snow in the U.S. and Canada.

We're training two models today—“green and brown,” crops versus soil. That's a good first step, but it's not good for “green on green,” or weeds and crops.

How is your plant-recognition technology different?

Ferreira: We're training our technology to recognize green on green. We've got the most common weeds, such as foxtail.

In a field, you'll have a lot of different plants at different stages of growth, which is difficult for cameras and identification software.

We're trying to do the opposite: Where is the crop? Once you identify that, everything else is a target for the sprayer, and you get better results.

We have another use for this information. It can also help guide robots when they lose GPS and help them avoid smashing the crops. We started to identify crop rows years a year ago to help the robots in the field, and we can now use it for spraying as well.

How have your test deployments gone so far?

Ferreira: We have one team working on sensors to identify which is the best, but visual cameras are good enough for now. A thermal camera would be good for spotting certain weeds or insect nests, but RGB cameras are good for training algorithms.

Our robots have gotten bigger and now have a boom. It now makes sense to cover more area—one robot can cover 400 acres per week, so we'll have a lot more data for next season. We'll have 30 units running in spring 2023.

We did our first launch at the Farm Progress Show in Iowa at the end of August. We're focused on the sprayer robot for weeds in the U.S. for next season.

What are some of the challenges Solinftec is still addressing?

By going a bit slower, Solix can keep going at night and then maybe faster during the day.

We're also connecting the robot to other systems, such as harvesters and stationary sprayers. Now that we're ocnnected, the farmer could trigger a ground sprayer or send a robot to the corner of the field. It seems simple, but it's not.

We have our own onboard computers and controllers to manage our own operations, and we needed to train our machinery about how to schedule things. Perhaps the farmers want more robots doing tasks—we don't yet know what their next steps will be.

Solinftec has had several fruitful partnerships, such as with the Farms Business Network, Wabash Heartland Innovation Network, and nonprofit AgriNovus. Can you describe your strategy?

Ferreira: One company will use our robot next season to test how efficient we can be with weed control and how we can have different commercial partnerships. It has 40,000 farms, so it's a good channel for us.

We've felt the effects of the [COVID-19] pandemic on the supply chain. We have a partner in China that supplies processors, and we have different providers for the same piece of equipment. There's a new process and flow, and today isn't as bad as 2021.

We continue to work with the Purdue University weed science lab in West Lafayette. For instance, water hemp is resistant to herbicide, so it's one of our goals for next season.

Given the size of your potential market, how will you scale up to meet demand?

Ferreira: Farmers are comfortable with robotics as a service [RaaS]. If they save $100 per acre, we get just a portion of what they're saving.

Compared with other agbotics providers, our solution is very affordable, especially for small farms of less than 1,000 acres. We have a waiting list with a lot of farmers now. Today, we have more problems with production than with demand.

To scale, we'll do the same thing we did for onboard computers—first, we produced them ourselves, and then we worked with partners in the U.S., Brazil, and China.

For the new year, we'll be increasing our team, especially on the production side and to implement with farmers. Our main growth will be in the coming year as we get more customers.

Solinftec to Release Solix Sprayer Robot for Precise Pesticide Application
Solinftec's Solix Sprayer joins its Solix Scout robot, which is already in use on farms in North America and Brazil.

Innovation at the Intersection of Agriculture and Robotics
Along with taking on laborious tasks such as picking fruit and controlling weeds, agricultural robots are on their way to...
More Agriculture