The company said its product will allow the vehicle to detect objects 360 degrees around it. 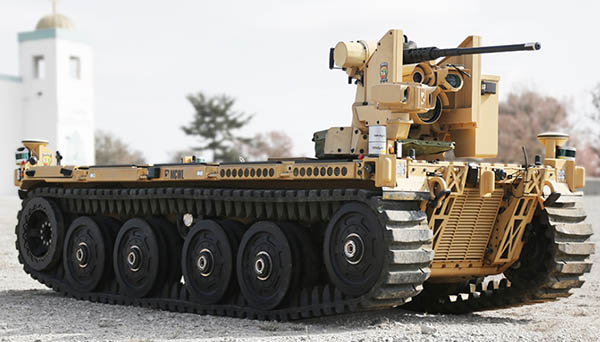 QinetiQ
QinetiQ North America and Pratt Miller announced they were working together on the project in 2019.
By Robotics 24/7 Staff
·

Stratom this week announced the U.S. Army has awarded the company a contract to develop a personnel safety system for an unmanned combat vehicle called the Robotic Combat Vehicle-Light, or RCV-L.

The two defense companies won the U.S. Army’s RCV-L prototype project in March 2020. The government is expected to start the manufacturing and development phase of RCV-L in 2023. The vehicle will be designed to be used for reconnaissance, Army Technology reported.

Boulder, Colo.-based Stratom said its Perimeter Safety for Autonomous Vehicles System (P-SAV) will provide the RCV-L with 360-degree sensor coverage and a computer system that uses machine learning to identify objects close to the vehicle.

The system’s software was built using Robot Operating System 2 (ROS 2) and was designed to be configurable for additional vehicle platforms, the company added.

“As robotic vehicles are increasingly utilized across applications where it may be inconvenient, dangerous or impossible to have a human operator present, we are excited for the opportunity to bring our successful past performance to the RCV-L program and continue supporting the government in its objective to move toward autonomous systems,” said Mark Gordon, Stratom’s president and CEO.

“Additionally, we look forward to capitalizing on this innovative solution’s strong commercial potential to supplement many pieces of equipment with perimeter monitoring capabilities across industries,” he added. “From mining operations to construction, our P-SAV solution will be designed to mitigate damage to equipment by inexperienced operators and minimize downtime.”

The company’s RCV-L add-on kit will include hardware components, a computer system, and image processing software to help the U.S. Army automate tasks, including personal identification and situational awareness for vehicle operation in challenging conditions.

“At Stratom, we have a deep understanding of the Army’s needs and objectives, which positions us to uniquely recognize what they’re looking for — and then transform our technical expertise into solutions that meet the Department of Defense’s operational needs,” said Andrew Lycas, Stratom’s principal roboticist.

“Even better, this solution illustrates our investment in developing the Summit Off-Road Autonomy Platform is already paying dividends,” he said.

Lycas added it will use the eXpeditonary Robotic-Field Artillery Autonomous Resupply (XR-FAAR) vehicle platform “as a surrogate for the RCV-L to complete rigorous testing of the P-SAV prototype before deploying the module onto RCV-L.”

The company said the contract win builds off of its past success with U.S. Marine Corps and U.S. Army programs that ultimately resulted in the development of Stratom’s Autonomous Pallet Loader (APL), eXpeditionary Robotic-Platform (XR-P) and XR-FAAR vehicles.

QinetiQ
QinetiQ North America and Pratt Miller announced they were working together on the project in 2019.