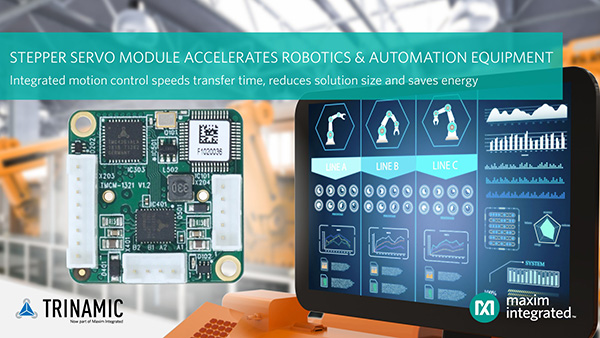 TRINAMIC
TRINAMIC said its new control module can save robotics developers space, money, and time to market.
By Robotics 24/7 Staff

TRINAMIC Motion Control GmbH & Co. KG today introduced the TMCM-1321, which it claimed is the smallest and lowest-power single-axis servo controller and driver module with integrated motion control. The module enables two-phase bipolar stepper motors in robotics and automation equipment to optimize speed and synchronization of axes for quicker throughput while also reducing power loss by 75%, said the company.

“When selecting an energy-efficient drive, engineers tend to look at servo drives,” said Jonas Proeger, director of business management at Trinamic. “However, stepper motors have a considerably higher torque than servo motors of comparable size at low speeds.”

“This makes stepper motors well-suited to get rid of a costly and inefficient gearbox without losing positioning accuracy when you combine them with closed-loop control,” he said. “You get the efficiency of a servo motor at the cost of a stepper motor.”

The Hamburg, Germany-based company added that its closed-loop technology uses direct feedback to automatically reduce power loss by up to 75%. It said this provides best-in-class power savings when compared with similar stepper motors.

Together with an RS-485 interface and TRINAMIC's integrated development environment (IDE), the TMCM-1321 module can simplify design and reduce stepper motor size by more than three times, said the company. The TMCM-1321 module, together with magnetic encoder and digital ABN inputs, has a size of 784 mm2 (30.8 sq. in.).

The TMCM-1321 module is available now for $119.40 each through TRINAMIC-authorized distributors. 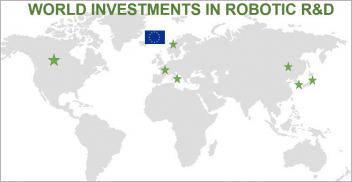