YouiBot says latest funding will help it scale to offer its mobile robots for industrial inspection and other applications worldwide. 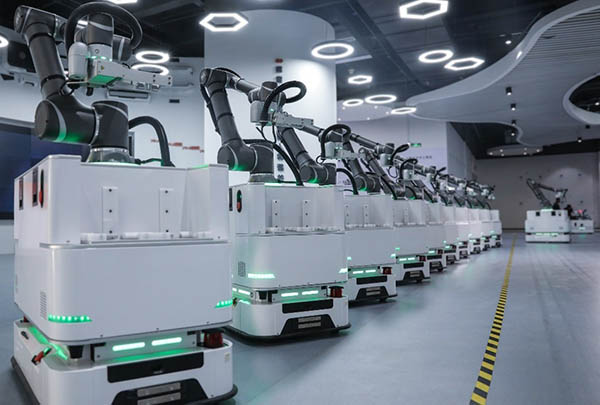 YouiBot
YouiBot says it has realized large-scale production of its mobile robots.
By Robotics 24/7 Staff
·

While mobile robots are increasingly common in factories and warehouses, the market is still open for more providers. YouiBot Robotics this week announced that it has completed two rounds of Series B financing for a total of RMB 300 million ($47.11 million U.S.). The Shenzhen, China-based company said it plans to use the funding to continue developing its technologies and accelerate its global market expansion.

Founded in 2017, YouiBot said it provides autonomous mobile robots (AMRs) for inspection, maintenance, logistics, and operations in electronics manufacturing and the energy industry. The company said it has achieved large-scale production for its systems, which also serve applications such as materials handling, disinfection, and mobile manipulation.

YouiBot, also known as Youai Zhihe Robot, said it has partnered with brands such as LUXSHARE ICT, ASM, CRRC, FAST, China Huaneng, AICC, COMAC, and Hitachi. The company covers 26 provinces and cities in China, and it exports its products to more than 30 countries, including Japan, Korea, Singapore, Spain, and Germany.

YouiBot claimed that it is a leader in understanding customer processes and use cases. The company said its AMR positioning and navigation algorithms provide high precision and reliability. It added that it is one of the few AMR manufacturers in the world with a positioning accuracy of  ±2 mm (0.078 in.).

In addition, as one of the first enterprise AMR providers in China, YouiBot said its integrated data management software and robotics hardware help meet flexible production requirements in the era of personalized consumption. The startup said its intelligent systems can enable companies to meet digital transformation goals.

YouiBot said it has capabilities in whole plant logistics planning, large-scale cluster deployment, and multi-machine coordination. The company said its robots and software have already been widely applied in semiconductor manufacturing and electric power.

YouiBot said it plans to focus on precision manufacturing and the energy industry by continuing its advances in production scenarios, planning algorithms, and robotics hardware. The company also said it will “expand its mature scenario experience into new scenes and further quicken the pace of overseas market expansion.”

YouiBot
YouiBot says it has realized large-scale production of its mobile robots.

Geek+ Closes $100M Series E1 Funding With Strategic Investment From Intel
Geek+ says it is now valued at more than $2 billion and plans to use the funding to continue autonomous mobile...