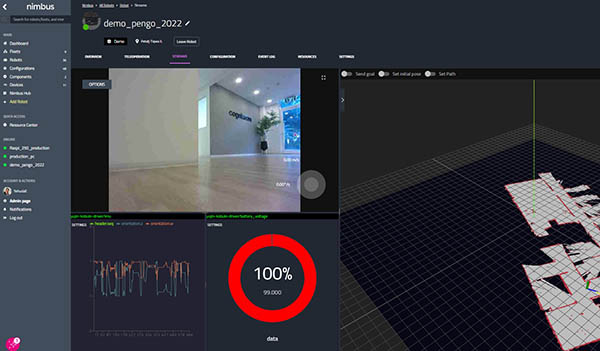 …challenges when integrating new technologies, according to Cogniteam. The company, which has created the Nimbus low-code operating system for robotics development, this week said it has integrated the latest NVIDIA Jetson AGX Orin platform into its software packets. “The NVIDIA Jetson AGX Orin is a huge leap for manufacturers and developers who want greater AI capabilities on their edge robots,” said Dr. Yehuda Elmaliah, co-founder and CEO of Cogniteam. “We were pleased to see that the development of this new… 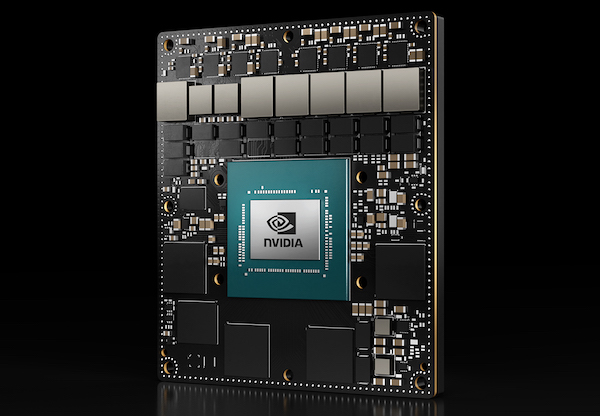 …such as Yocto and Realtime OS, AI software and toolkits, developers can look to Allxon, Cogniteam, Concurrent Realtime, Deci.AI, DriveU, Novauto, RidgeRun, and Sequitur Labs. And for connectivity options, including Wi-Fi 6/6E, LTE, and 5G, developers can check out the product offerings from Telit, Quectel, Infineon and Silex. NVIDIA said its new Jetson AGX Orin 32GB production module is available in the Jetson store from retail and distribution partners worldwide.

Cogniteam and AAEON Partner to Increase Production of Robotic Systems 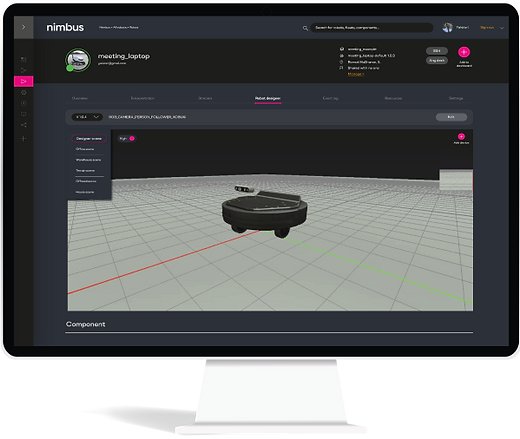 Cogniteam, the developers of drag n’ drop robotics operating system Nimbus, is partnering with designer and manufacturer of industrial IoT and Edge AI solutions AAEON to develop robotic hardware. Petach Tikva, Israel-based Cogniteam describes Nimbus as a “one stop shop” for robot management. The software allows robots to be developed, configured, deployed, and operated, according to the company's website. This means companies can quickly develop and deploy advanced GPS, light, and other sensors using field-tested software solutions, the companies said.… 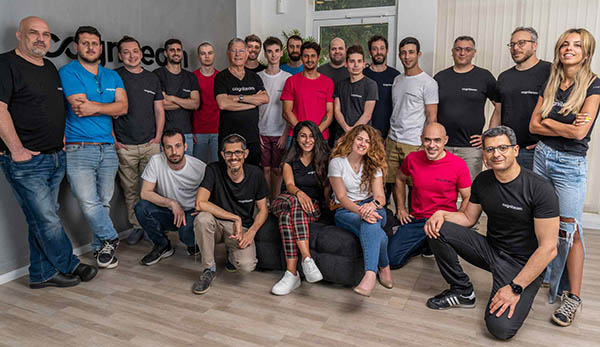 …of software as a differentiator is apparent. Cogniteam today announced that it has closed a Series A round of $5.6 million. The Petach Tikva, Israel-based startup said it plans to use the funding to boost product development and sales of its new Nimbus robot operating platform. “We reimagined what is possible to accelerate and future-proof robotic development with the Nimbus platform,” said Dr. Yehuda Elmaliach, co-founder and CEO of Cogniteam. “Nimbus’ low-code approach is changing the programming landscape by offering… 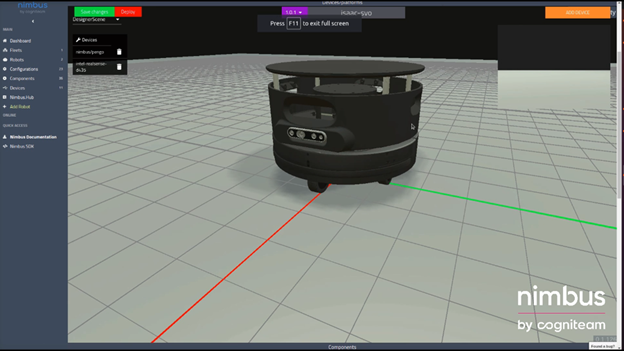 …must safely and effectively interact with people. Cogniteam today announced that the Israel Innovation Authority's consortium of robotics companies will rely on its Nimbus platform to develop next-generation human-robot interaction capabilities. “A simple direction such as ‘go right’ can be confusing for a robot that does not have the capability to understand human gestures,” said Dr. Yehuda Elmaliach, CEO of Cogniteam. “If given the direction ‘go right’ by a pedestrian, it must rapidly understand if it is the robot’s right… 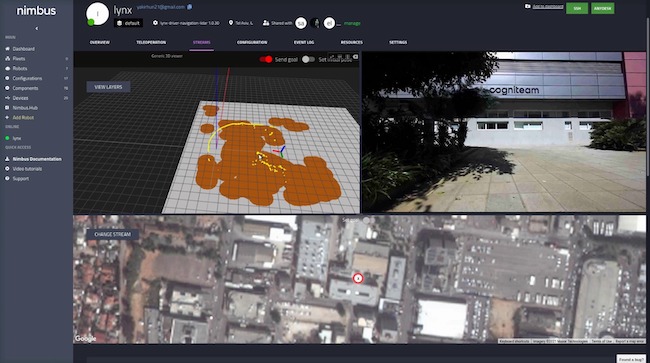 Cogniteam today announced that its Nimbus cloud-based robotics development and deployment platform now supports the NVIDIA Jetson edge platform. The Petach Tikva, Israel-based company said Nimbus allows cloud-enabled deployments to use NVIDIA's edge artificial intelligence technology for the first time. Cogniteam said it has been working with top companies on robotic mapping, navigation, and autonomous decision making. The company said Nimbus’ packaging of field-tested software, such as sensors and AI capabilities, is based on over a decade of its work… 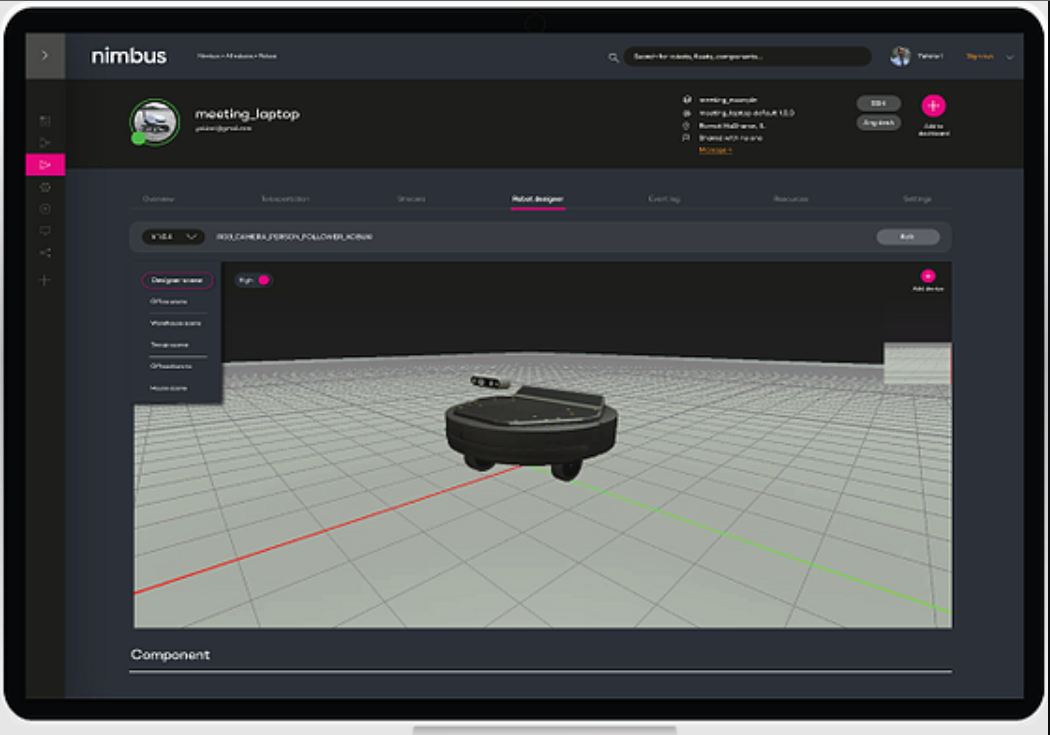 …is the need to integrate many components. Cogniteam yesterday released its Nimbus operating system to offer developers a “seamless drag-and-drop experience.” The Petach Tikva, Israel-based company said this will allow for rapid integration of spatial awareness tools, obstacle identification, navigation systems, cameras, lidar sensors, and more. For over a decade, Cogniteam has provided software to help companies solve complex problems with their hardware. Now, as hardware engineers develop the physical aspects of the robots, they can upload the blueprints into…