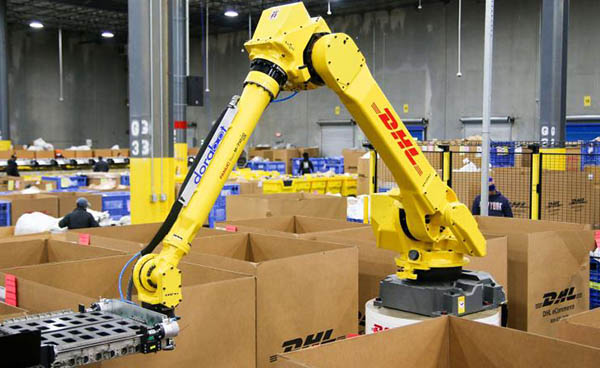 …conducted a successful year-long pilot of two Dorabot Inc. sortation systems in its 150,000-sq.-ft. Atlanta distribution center. The project is part of the company's $100 million, five-year automation investment plan, as it opens innovation centers around the world. “With a near-zero error rate and packages sorted on average in 3.6 seconds, our robotic arm pilot ... has increased our efficiency, speed and streamlined our processes,” stated Scott Ashbaugh, vice president of operations at DHL eCommerce Solutions, Americas. “It has also…

…of the DoraSorter robot in collaboration with Dorabot Inc. The company said the artificial intelligence-powered sorting robot represents its latest push to digitize its operations and build a smart logistics network to handle growing volumes of e-commerce shipments in Asia. “With e-commerce taking center stage in the future of retail in our region, the speed with which a parcel can be picked up and delivered to customers’ doorsteps has become a dominant factor in driving the adoption of sorting robots,”… 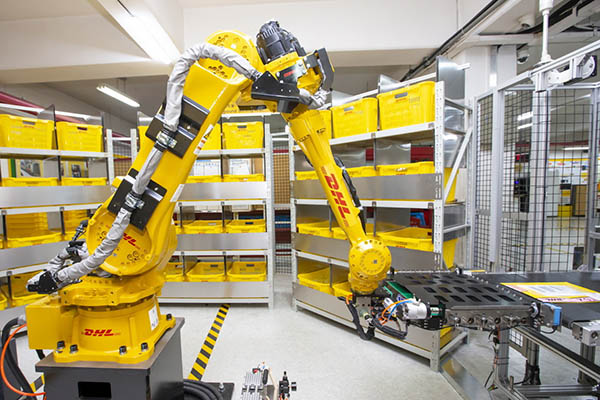 …Express yesterday said it has partnered with Dorabot Inc. to introduce DHLBot in Singapore and South Korea. The robotic arm uses artificial intelligence to automate parcel sortation. DHLBot will replace manual sortation of small parcels and enable hubs and gateways to handle greater volumes, particularly during peak season. In addition, it can increase overall operational efficiency by at least 40%, claimed DHL. “Sorting parcels might seem like a straightforward process, but it actually takes a lot of time, effort, and…