AutoStore Addresses Challenges for Warehouse Management and Fulfillment in 2023 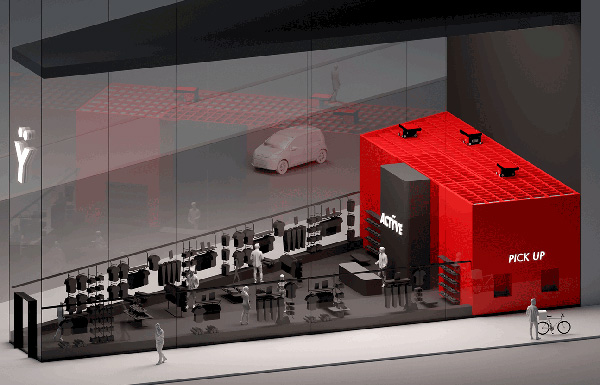 …with a smaller footprint. We're investing in micro-fulfillment, bringing automation closer to consumers—not only in grocery, but also in other verticals.” “Another focus area is high-throughput, mega facilities with several million bins or SKUs served on a daily basis,” he said. “These installations are handling much higher volumes that in previous years, based on our omnichannel Router software. How can we reduce the amount of conveyors? Mobile robots are also attractive, since they offer flexibility and ease of installation.” “At… 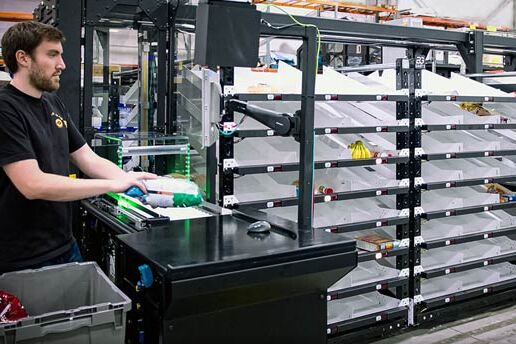 The 2022 holiday rush and subsequent returns validated the need for automation, claimed Berkshire Grey Inc. Labor shortages, growing e-commerce demand, and the volume of returns are challenging retailers, it said. U.S. online sales increased from $257 billion in 2021 to $270 billion in 2022, according to Salesforce. It noted that holiday sales were flat worldwide but continued to grow in the U.S. In its “2022 State of Retail & eCommerce Fulfillment Report,” Berkshire Grey found that 57% of executives… 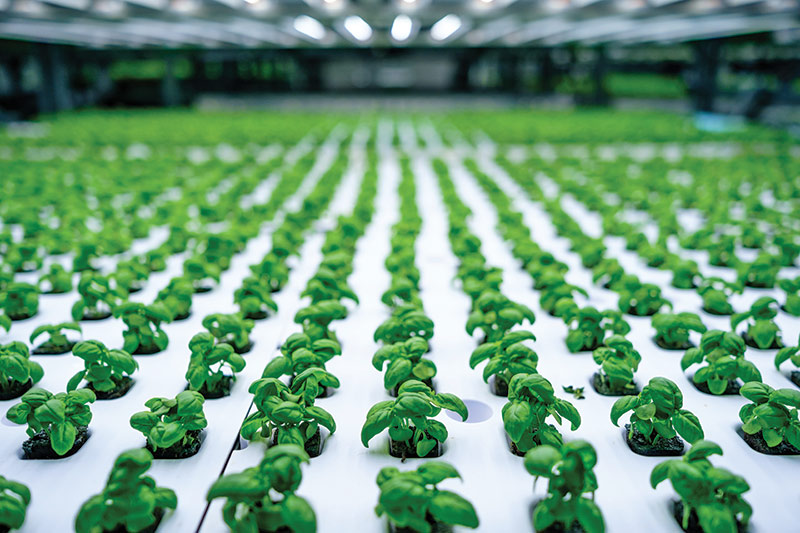 …Robotics, where he focused on technologies for micro-fulfillment centers in the 7,500 to 10,000 square foot range. Pallets of plants are moved by conveyor into the main grow area. Source: Jeff Fusco/Getty Images for Peerless Media. Optimizing automation According to Frankert, who joined the organization two years ago, Bowery Farming realized from the outset that software, technology, and automation Once plants are ready, they are harvested (top), and sorted and conveyed to packing (middle and bottom). Source: Jeff Fusco/Getty Images… 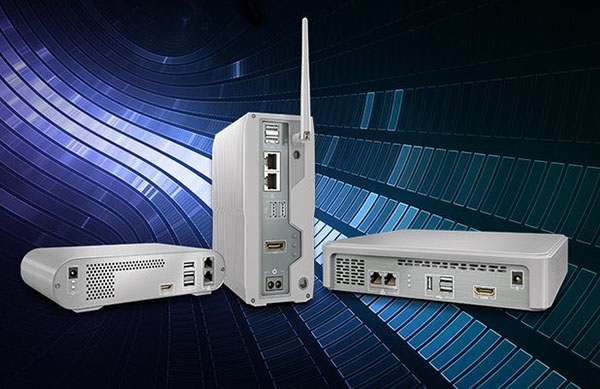 For robots and other systems to gain more capabilities, developers need the right hardware and software stack to bring them to market. Advanced Micro Devices Inc., or AMD, this week announced a partner ecosystem for its Kria portfolio of adaptive system on modules, or SOMs. The program is “designed to deliver production-grade, fully functional Kria SOM-based solutions that help customers get to market faster without the need for dedicated chip-design resources,” said the Santa Clara, Calif.-based company. The new Kria… 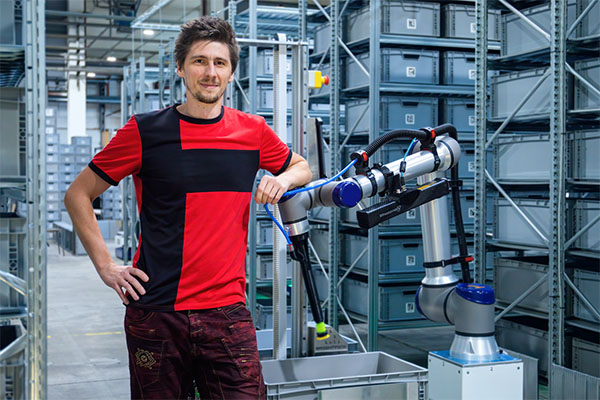 …and dispatch orders in large, small, and micro-fulfillment centers. The company claimed that its end-to-end system takes less than a month to deploy, enables warehouses to reduce their picking labor by 95%, and cuts costs for order fulfillment by half. Brightpick has been actively rolling out its warehouse automation in Europe, including with Rohlik Group, one of Europe’s largest online grocers, with over 10 million orders per year and 1 million customers. Rohlik recently used Brightpick to automate order fulfillment… 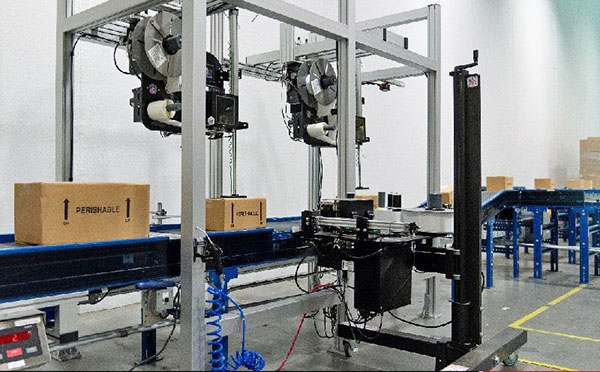 Numina Group Inc. today announced the launch of Pakt, an automated pack and ship system designed for fulfillment operations. The Woodridge, Ill.-based company said it reduces barriers to entry for end-of-line automation, reducing pack and ship labor by 70% and increasing throughput capacity by more than 500%. In addition, Pakt can connect with any fulfillment robotics, “unlocking full throughput capacity potential in e-commerce-driven warehouses, said Numina. “The best measure of success for a fulfillment operation—particularly in a post-pandemic world—is getting… 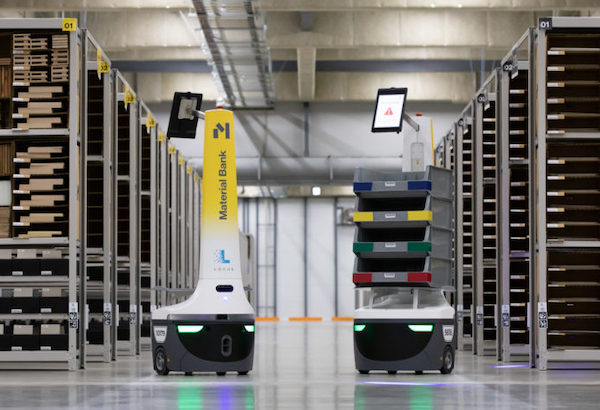 Wilmington, Mass.-based Locus Robotics will be deploying its first autonomous mobile robots, or AMRs, in Japan to help connect builders with materials. DesignFuture Japan Inc. and Locus Robotics last week announced that they plan to deploy LocusBots in Material Bank Japan's distribution warehouse. Founded in 2019, Material Technologies Corp. said its system combines a multi-brand cross-search and bulk-billing capability with established logistics facilities. It said this enables next-day delivery of orders placed before midnight to anywhere in the U.S. The…

Flexiv Partners with Handplus Robotics to Expand in Singapore and Malaysia 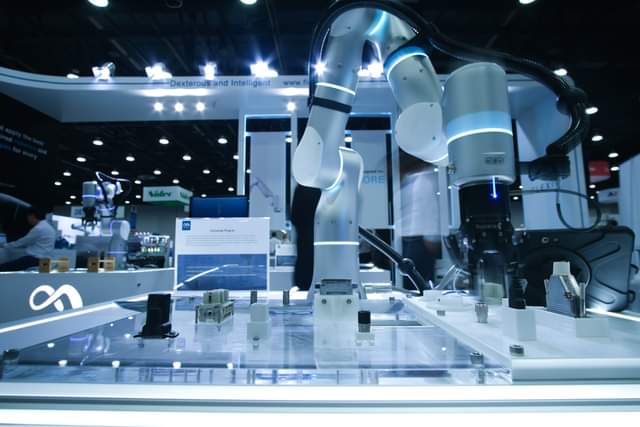 Flexiv and Handplus Robotics have announced they are working together to expand their customer bases in Singapore and Malaysia. Systems integrator Handplus will begin offering Flexiv’s general purpose robot arms to customers in its network. Flexiv sells a range of seven-axis robots that feature force-controlled sensors. Robots include the Rizon 4, the Rizon 4s, and the Rizon 10. It is headquartered in Santa Clara, Calif., and has offices in Shanghai, Beijing, Shenzhen, Foshan, Taiwan and Singapore. It was founded in…

SVT Robotics Looks Ahead to Automation and Logistics in 2023 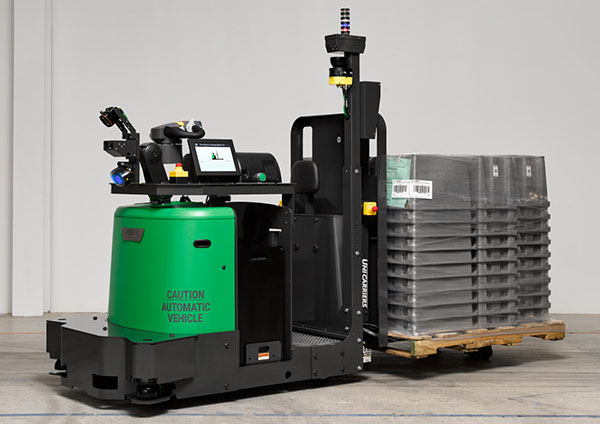 While many distribution center and warehouse operators are interested in robots, deploying them can be intimidating. SVT Robotics Inc. has developed the SOFTBOT platform to accelerate the adoption of automation. The Norfolk, Va.-based company claimed that its software enables customers to quickly and easily integrate robots, Internet of Things (IoT) devices, and human productivity tools with enterprise systems. A.K. Schultz, founder and CEO of SVT Robotics, spoke with Robotics 24/7 about the startup's recent accomplishments and its outlook for warehouse… 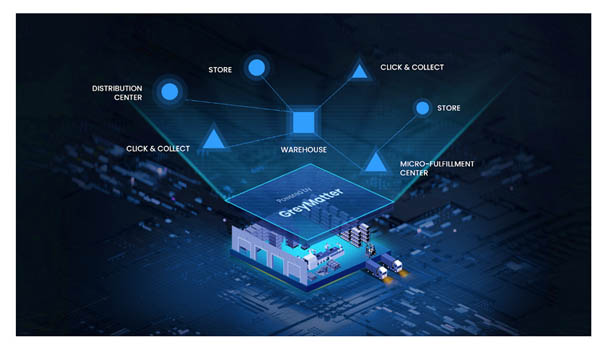 GreyOrange Inc. this week released its API designed to enable robotic vendors to integrate with the company’s GreyMatter fulfillment orchestration platform. GreyOrange said companies that are part of its Certified Ranger Network, or CRN, ecosystem can now take advantage of the service. Those companies include HAI Robotics, Fetch Robotics (now Zebra), Mushiny Intelligence, Technica International, Vicarious, and Youi Robotics, among others. “The open API integration of GreyMatter makes it easy for any robotics manufacturer to partner with us and be… 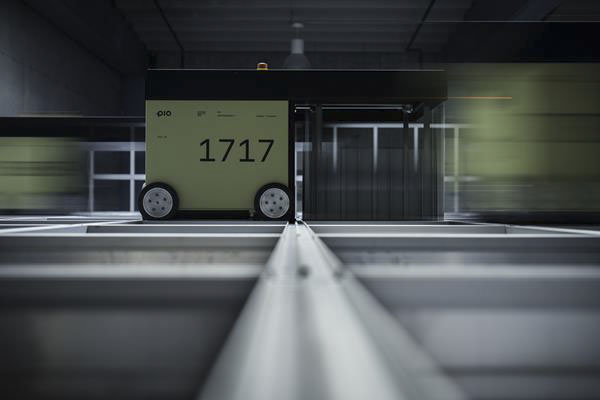 AutoStore yesterday announced the North American launch of Pio, which stands for “Product In/Out.” The Nedre Vats, Norway-based company said Pio is a plug-and-play version of its cube storage technology tailored for small and midsized businesses, or SMBs. Based on a pay-per-pick service model, Pio allows SMBs, such as retailers of apparel, sporting goods, crafts, and cosmetics, to deploy automation with a relatively low investment. The goal is to enable more businesses to gain access to its technology, said AutoStore.… 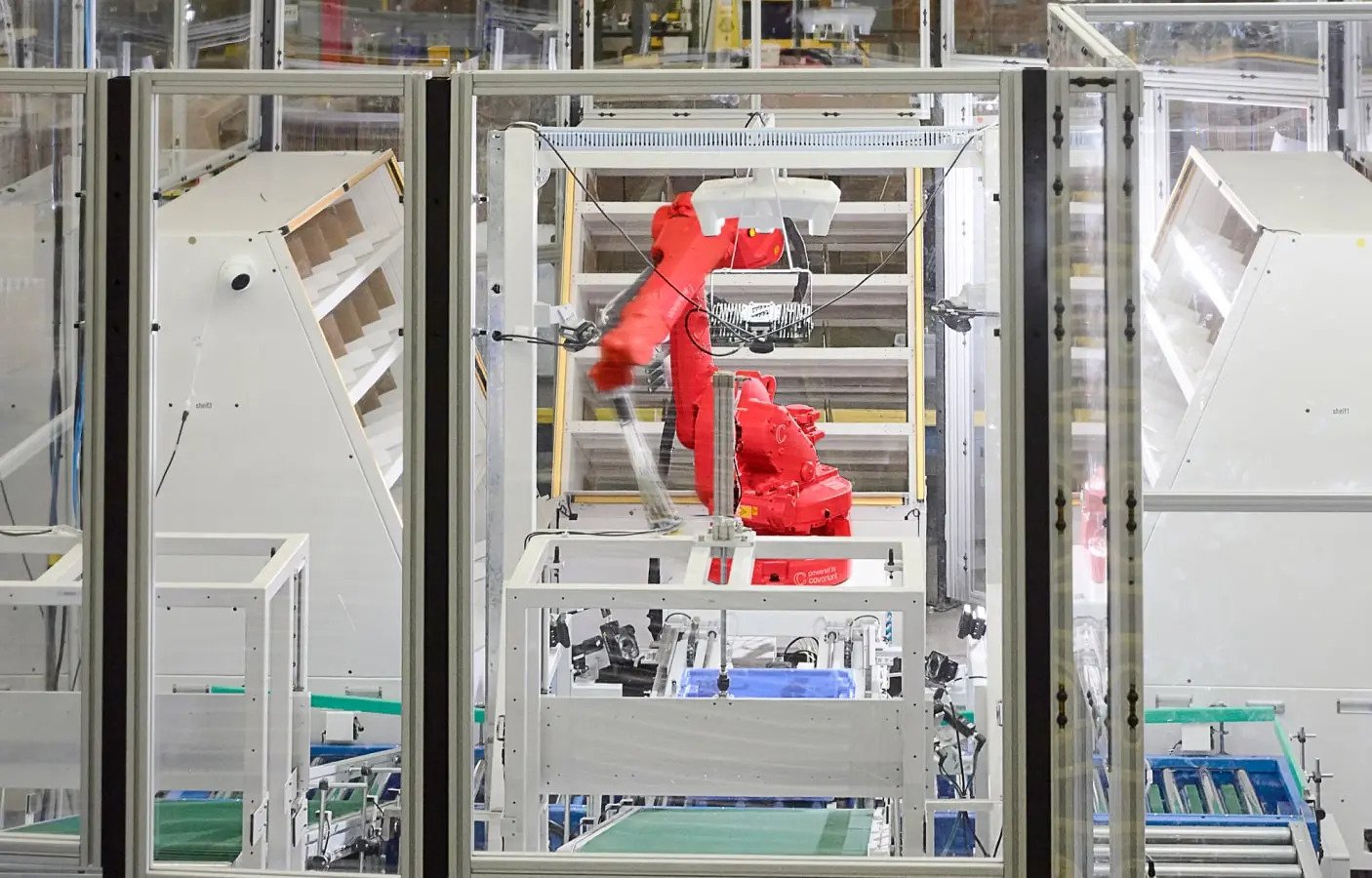 Radial Inc. has installed 12 Covariant Robotic Putwalls at its fulfillment center in Louisville, Ky. to sort health and beauty items. Each of the twelve robotic u-shaped putwalls average about one hundred thousand picks per month with a throughput of 425 pieces per hour (PPH) – a performance higher than their manual alternative, Covariant claimed. While working side-by-side with Radial’s staff, the autonomous robots can successfully pick 100% of the stock-keeping units (SKUs) at the Louisville fulfillment center, according to…