The period was the second largest ever for non-automotive robotics orders, according to the Association for Advancing Automation. 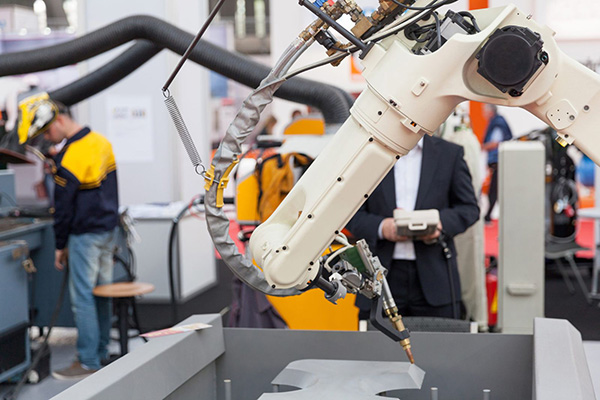 Association for Advancing Automation
A3 says that Q1 2021 robotics orders were up year over year.
By Eugene Demaitre
·

The COVID-19 pandemic slowed the global economy over the past year, but robot orders in the first quarter of 2021 were 19.6% higher than in the same period last year, announced the Association for Advancing Automation today.

“Robot sales have increased considerably, as more and more companies in every industry recognize that robotics and automation can help them compete globally,” stated Jeff Burnstein, president of the Association for Advancing Automation (A3). “While advances in robot technology, ease of use, and new applications remain key drivers in robot adoption, worker shortages in manufacturing, warehousing, and other industries are a significant factor in the current expansion of robot use that we’re now seeing.”

A3 is North America's largest automation trade association, with more than 1,100 members, including robotics manufacturers, component suppliers, systems integrators, end users, research groups, and consulting firms. The association hosts several events, including the Automate Show & Conference, which will be held next from June 6 to 9, 2022, in Detroit.

A3 said that the strength of first-quarter robotics orders was the second best of any year on record, with 2017 being the top. It added that Q1 of 2021 was also the second-best quarter on record for non-automotive orders, behind only Q4 of 2020.

Last year, orders of robots from non-automotive sectors surpassed automotive robot orders for the first time, as sales of robotic units in North America increased 4% in 2020 from 2019.

“Pre-pandemic, manufacturing was slowing down because of U.S. trade tensions with China,” Burnstein told Robotics 24/7. “New orders had actually gone down in 2018 and 2019, but they started to rise again in 2020.”

“We will see more manufacturing coming back to the U.S., Mexico, and Canada from China,” he added. “It won't be overnight, but there will be more going forward. We're still in the early innings of automation; there are lots of small and midsize businesses that have never automated.”

While automotive manufacturing dipped last year, its robotics purchases can be highly cyclical, noted A3. Non-automotive orders and supply chain automation show the continued interest in robotics across industries, the association said.

A3 said that robotics purchases increased by 85% in metals, 72% in life sciences/pharmaceutical/biomedical, 32% in food and consumer goods, and 12% in other non-automotive industries.

“The economy looks strong,” said Burnstein. “We don't collect numbers on warehouse and logistics, which also show strong growth because of e-commerce. It's not just in AMRs [autonomous mobile robots], but also picking robots, the whole range of storage systems, and lift trucks.”

“The e-commerce boom is driving not just applications of current technology, but also innovation, such as picking up goods at the front of stores while there's an automated warehouse in the back,” he added.

“We're going to see both,” said Burnstein. “For instance, Ambi recently emerged from stealth, and I would not expect to see the end of innovation or new startups.”

“COVID didn’t create the move toward automation, but it certainly has accelerated trends that already were under way,” he added. “We expect increasing demand for robotics and automation to continue in North America and throughout the world after the pandemic has ended. We also expect that the increased use of automation will help companies be better prepared to face any future pandemics.”

“The reason robotics is doing well is not because of COVID—it's more the growing problem of workforce shortages,” Burnstein said. “We have to retrain people and attract people to manufacturing, which now uses brains, not brawn. We have to make the case that it's not their grandfathers' manufacturing. Thanks to automation, these are clean, safe, high-paying jobs. To take full advantage of the technology, we have to get workers to install, repair, and maintain robots.”

Association for Advancing Automation
A3 says that Q1 2021 robotics orders were up year over year.