Guardforce has deployed more than 1,400 service robots in Macau, Hong Kong, Malaysia, and Singapore as it plans to expand in the U.S. 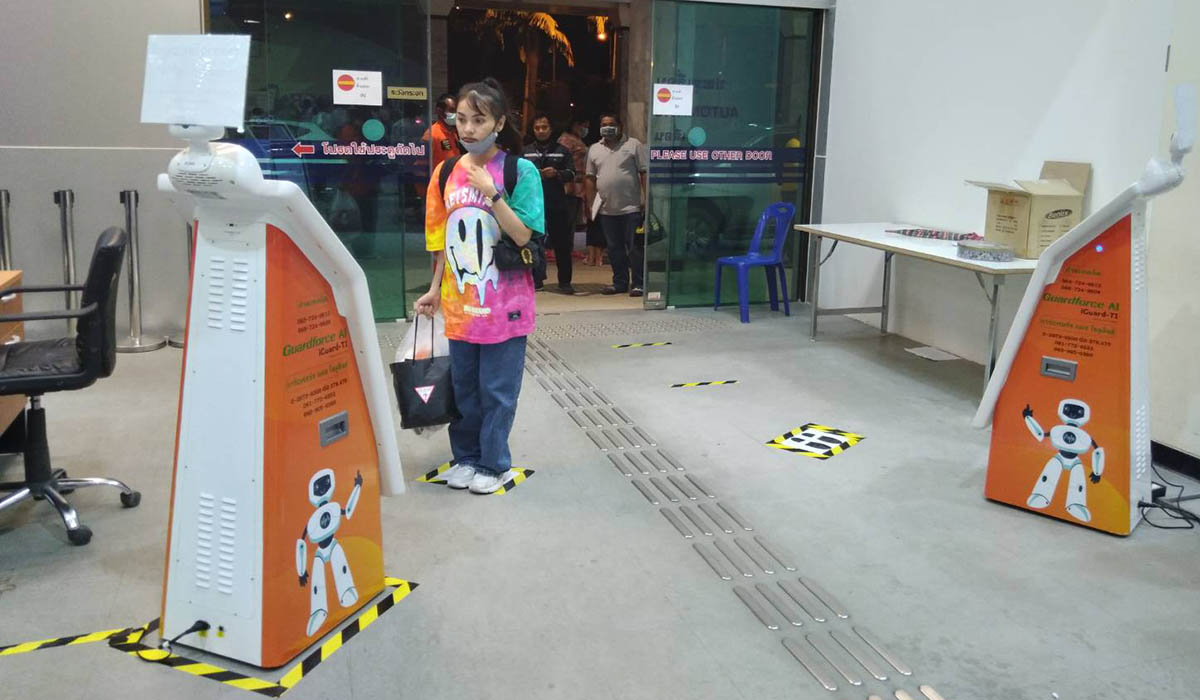 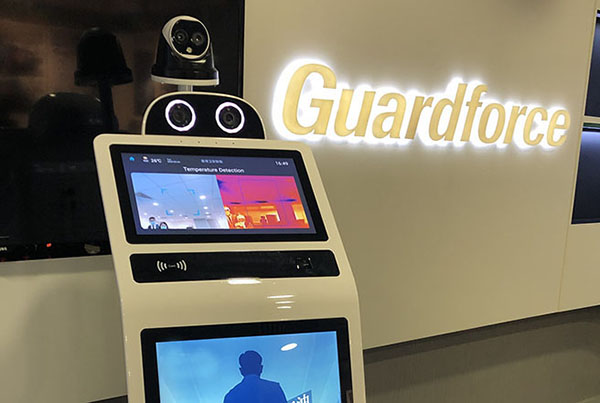 While many service robots are developed by technology companies, some are coming from the industry side. Continuing its diversification from security into robotics, Guardforce AI Co. last week said its systems are now working in locations including supermarkets, government facilities, hospitals, hotels, transportation stations, educational institutions, and restaurants.

“We are very excited to surpass the 1,400 deployment mark in the Asia-Pacific region,” said Terence Yap, chairman of Guardforce AI. “Our established customer base and our 40-year history of providing professional services have allowed us to quickly ramp up deployments.”

How did Guardforce, which has offices in Bangkok, Thailand, decide to move into robotics? “We offer technology to serve customer needs, from security to artificial intelligence,” Yap told Robotics 24/7.

Guardforce AI began rolling out robots in the fourth quarter of 2020 in response to the COVID-19 pandemic. The company said a key element of its business strategy is to offer customers opportunities to trial its products, helping it to establish a market share.

“Part of my philosophy is that we need to continuously evolve,” said Yap. “Nobody had paid much attention to robotics, but our clients began demanding automation because of the need for contactless access. They had to hire additional people to take temperature readings at entrances, which created a lot of issues and cost a lot of money.”

“We were already doing bar-code and QR code scans. This gave us the opportunity for the T1 concierge and temperature robot,” he noted. “We were pleasantly surprised that so many of our clients were happy to do proofs of concept because of our established brand and credibility.”

Guardforce initially deployed concierge robots across Southeast Asia to help venues meet government COVID-19 restrictions. The company added that the trials have helped it collect feedback and data on other features and applications that customers want during the pandemic.

By integrating the systems with its Intelligent Cloud Platform (ICP), Guardforce said it will “progress towards building a truly intelligent network of robots that will have the ability to help customers reduce labor cost and improve operational efficiency.”

Mobile robots are also platforms for AI and sensors such as carbon monoxide detectors, said Yap. He added that customers can use ICP manage and control robots through a dashboard, as well as analyze data on a single platform as part of the Internet of Things (IoT).

Guardforce has added other robotics applications, such as disinfection, delivery, cleaning, and security. “We're doing pilots looking at voice AI, facial recognition, and access tracking,” said Yap. “There's a suite of technologies we're looking to integrate into the T-series robots.”

RaaS could lead to robot neutrality

The conversion from free trials to purchases and monthly fee-based services has begun and will gain momentum over the next 12 to 24 months, said Guardforce AI.

“Not a lot of companies are doing robotics as a service [RaaS] in Asia, but there's a comfort level because clients already outsource security to us. We provide the guards and take care of their benefits and training,” Yap said. “We're not selling a product, and customers just care about the performance-based outcomes.”

“If a robot can disinfect autonomously at night, it can save money, and it will become the norm,” he said. “If you look at shopping malls, not only can robots save them from hiring two to three people to stand at doors, but they can also serve up advertising on big screens. Many crowdfunding campaigns are looking to deliver robots to restaurants.”

At the same time, Guardforce AI's ICP is a step toward software for managing multiple robots in environments ranging from schools to warehouses, Yap said.

“We don't want to be a robot manufacturer; we eventually want to be robot-agnostic,” he said. “It just depends on how we integrate their APIs [application programming interfaces] into ICP. It's why we have a sandbox program for different manufacturers.”

As for managing compliance with service-level agreements, Guardforce is expanding from its new headquarters in Singapore to support operations in Malaysia and Macau. Even as the pandemic subsides, Yap said he expects businesses to continue to need a mix of robots and human staffers.

In September 2021, Guardforce AI began trading on the Nasdaq Capital Market under the symbol “GFAI,” and in October, it closed a $15 million (U.S.) underwritten public offering. Last month, the company closed a private placement of $10.3 million worth of shares.

Guardforce also announced that it will expand its RaaS offerings in China's Bay Area, which includes the cities of Shenzhen and Guangzhou. The company plans to acquire Shenzhen Keweien Robot Service Co. and Guangzhou Kewei Robot Technology Co. for a total of $10 million (U.S.) by the end of this month.

“Guardforce works with startups that have the technology but not the user base,” Yap said. “With our sandbox program, we can create new revenue opportunities with other companies.”

The global market for service robots could grow to $200 billion by 2026, according to Mordor Intelligence. While many service robots are currently operating in Asia-Pacific, demand is starting to pick up in the U.S., according to Yap. Guardforce AI plans to acquire SBC Global Holdings Inc. in New Jersey.

“Our teams will continue to explore robot deployment opportunities in other regions across the world, including Macau, Hong Kong, Malaysia, Singapore, and the U.S.,” he said. “We're looking for local partners in the U.S. and Europe, where there are opportunities because of labor costs and shortages.”