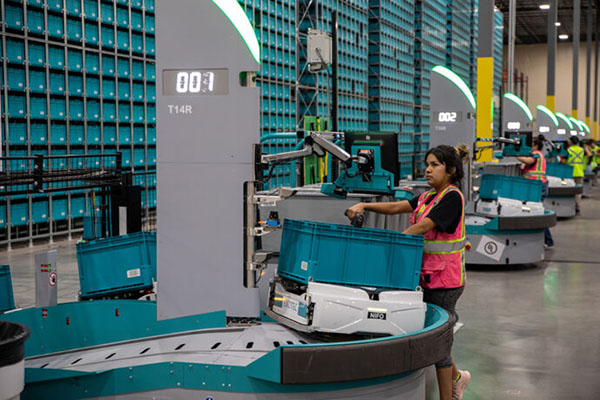 Exotec
Exotec provides goods-to-person robotics for customers such as Ariat.
By Eugene Demaitre
·

Exotec SAS this month announced that it has produced its 4,000th robot. The milestone came just six months after the Croix, France-based company manufactured its 3,000th Skypod robot.

“We’re extremely proud to have completed production of our 4,000th robot, with many more to come in the near future,” stated Romain Moulin, co-founder and CEO of Exotec. “Reaching this point so soon after our 3,000th robot milestone is a highlight of our manufacturing capabilities and a testament to the growing demand for our products globally.”

Exotec raised $335 million in Series D funding and tripled its revenue since 2020. Exotec now has 550 employees globally, 300 of which it recruited this year. It also opened its North American headquarters in Atlanta.

“This year has been phenomenal,” said Arthur Bellamy, chief revenue officer of Exotec. “At the end of last December, we were less than 10 people, now we have 50, our control center is running, and we've sold 15 projects.”

“We want to be a warehouse robotics leader worldwide,” he told Robotics 24/7. “We were pretty lucky to be breaking even and to get that money before things got tighter. We see other robotics players struggling, burning a lot of cash. It's harder to raise money.”

By focusing on its Skypicker robotic arm and Skypod rack-climbing system, Exotec offers systems that are “more nimble and easier to scale” than existing conveyors or cube storage systems, explained Bellamy. “Warehouses need systems that are reactive or sensitive to pareto,” he said.

What about autonomous mobile robots (AMRs)? “There are a lot of great companies that offer high flexibility, but they're not getting to high performance and throughput per operator,” Bellamy replied.

“The robots we've produced at our headquarters in France can do a little more than two missions in a minute,” observed Bellamy. “If you multiply that by the number of robots we've made, that's a massive number of orders they can prepare.”

“As we become more established, we see the size of projects increasing,” he added. “We're being called on for hundreds of thousands of SKUs [stock-keeping units] over 200 or even up to 1,000 robots, especially in the U.S., where the scale of warehouses is larger than in Europe.”

European warehouse operators have faced high labor and space costs for years, but that trend is picking up in North America, said Bellamy.

“There's demand for rapid fulfillment with no space in urban environments, which is pushing dense storage and ASRS [automated storage and retrieval systems],” he said.

According to Bellamy, Exotec has seen the strongest demand from retail, apparel, and e-commerce. “People are looking for flexibility for anything requiring multichannel management, from store replenishment to customers” he said. “Our system can handle it well.

“Grocery is another area where we have a number of sites,” Bellamy said. “E-commerce is slowing down a bit, where if an operation doesn't need to scale this year, it can put off growth until next year.”

“It's not just retail—in B2B [business-to-business] wholesale, such as auto parts, companies need systems that are highly responsive to many SKUs,” he said. “They can't take three hours to retrieve something from a system. Exotec can handle complexity with a high degree of performance.”

“In Europe, a trend is picking up around energy-efficient solutions and greener technologies,” said Bellamy. “Sustainability isn't as prominent in the U.S. yet, but Walmart and some apparel manufacturers have made some commitments.”

Exotec plans to continue work on improving its robots.

“We have no plans to rest on our laurels in terms of further refining our technology. We will continue to recruit new people, not just in manufacturing, but also in R&D,” Moulin said. “After all, efficiency in warehousing and logistics has never been more important, so we want to make sure our customers have everything they need to face the future with confidence.”

In May, CNBC named Exotec to its 2022 CNBC Disruptor 50 list, and the company ranked eigth in the Financial Times FT1000 list of fastest-growing European businesses in 2022. That recognition is helping the company grow to new regions, Bellamy said.

“People want to hear about us before they partner,” he commented. “Partnering for 10 years is not something to take lightly, with millions in investment. There has to be a level of credibility that we have what it takes, and we're committed to the U.S. market. We're already recognized in Europe, and we'd like to reach a similar level of confidence in the U.S.”

Exotec said it expects its North American business to represent as much as 40% of its global business by 2025. Since starting operations in North America, Exotec has signed 16 new partnerships with organizations across retail, e-commerce, and third-party logistics (3PL).

“Our rapid growth in the North American market demonstrates a strong demand for scalable and high-performance warehousing robotics,” said Moulin. “We are proud to make Atlanta the home of our North American ambitions, and we are already seeing a great response from the local market.”

To date, Exotec employs around 50 professionals in Atlanta, and it aims to double its North American headcount by 2025.

Exotec
Exotec provides goods-to-person robotics for customers such as Ariat. 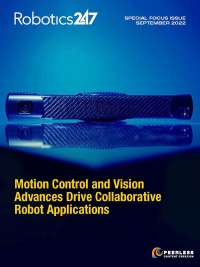