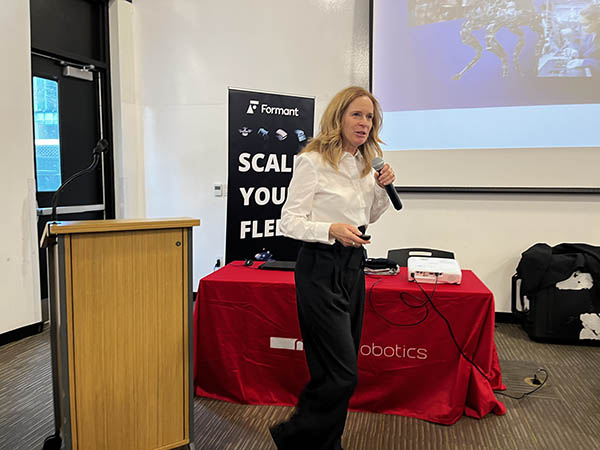 As the director of the Center for Advanced Manufacturing for the Massachusetts Technology Collaborative, Christine Nolan has seen firsthand the work being done throughout the commonwealth to bolster local industries.

Created by the state legislature in 1982, the Massachusetts Technology Collaborative is a state public economic development agency that supports industries throughout Massachusetts through grant funding and programming. The collaborative is made up of five parts that focus on specific divisions, including broadband, cybersecurity, digital health, innovation, and manufacturing.

“We care about creating an ecosystem so our manufacturers can thrive,” Nolan said Thursday afternoon during a presentation at the RoboSource event hosted by MassRobotics in Boston’s Seaport District.

A chance for component providers, startups to connect 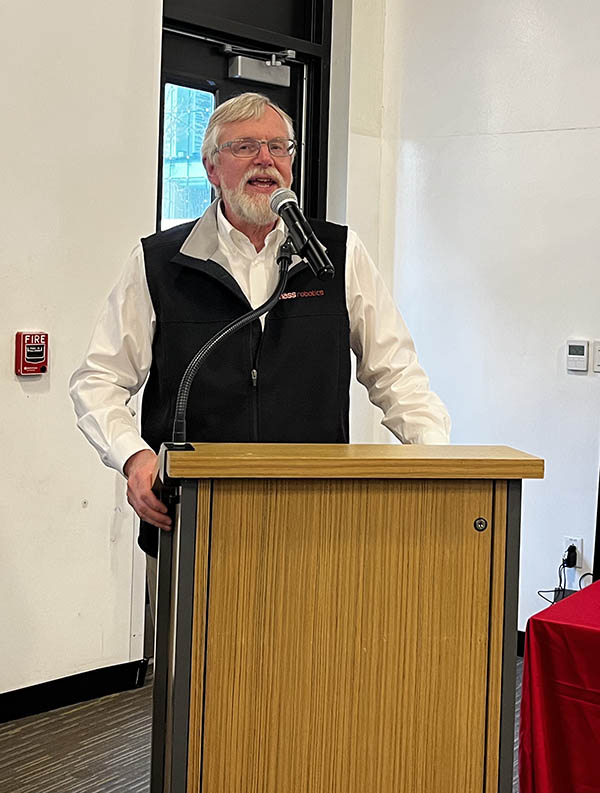 Boston-based MassRobotics is nonprofit organization that serves as a networking and research hub for robotics companies in the region. Last week's event was intended to give New England suppliers, manufacturers, and other service providers in the robotics space the opportunity to network and show off their technologies.

MMAP program off to strong start

Nolan served as the event’s keynote speaker and touched on some state programs aimed at manufacturing.

As part of the Massachusetts Manufacturing Accelerate Program (MMAP), a grant program aimed to serve companies with projects that fall under the Level 9 technology readiness category, $2.1 million was given out to 13 small to midsize manufacturers in the first year, Nolan said. The state received 51 applications.

“We’ve actually seen some suppliers in Massachusetts already move their welding to advanced welding,” Nolan said. “We love to see that.” 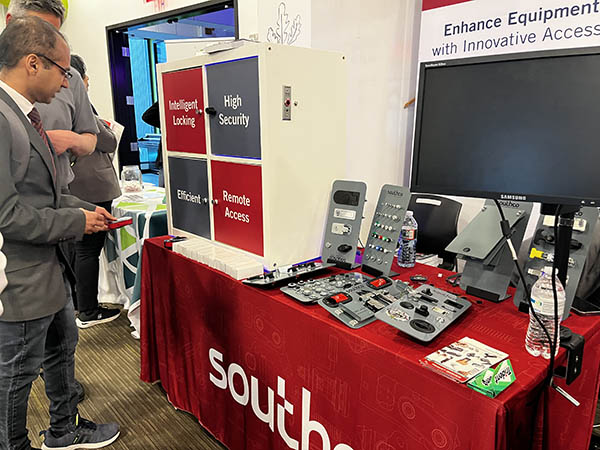 Nolan said through the collaborative’s Mass Manufacturing Innovation Initiative, the state has given more than $80 million of a total of $92 million available to companies and universities developing projects with technology readiness Levels 4 through 7. These grants have been distributed throughout Massachusetts, Nolan said.

One company that recently received funding was North Andover, Mass.-based 6K Inc., Nolan said. It received $1.5 million for the development of its UniMelt system. The UniMelt system upcycles used metal materials and turn them into powder, which is used in “additive manufacturing and in battery material production,” according to the Massachusetts Technology Collaborative.

“They’re going to contribute to economic growth in the state,” Nolan said. “They’re rooted in Massachusetts. They’re utilizing a local supply chain. They spoke a lot about reducing our dependence on some foreign sources with batteries.”

“One interesting thing here is that they are working with Quinsigamond Community College and WPI [Worcester Polytechnic Institute],” Nolan said. “They’re building out that additive manufacturing workforce throughout the state.” 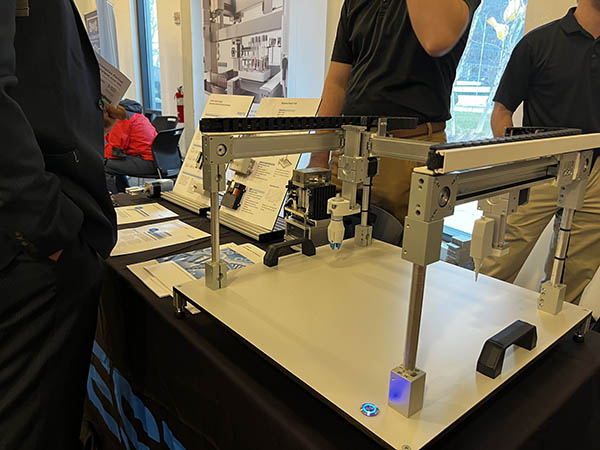 Nolan also touched on the state’s Collaborative Research & Development Matching Grant Program, which is designed for projects with technology readiness Levels 1 through 3.

Partnering with Northeastern University, the state gave the university a $200,000 grant to fund its AI Jumpstart Pilot Program. Nolan said the program is designed to help Massachusetts businesses who are interested in incorporating artificial intelligence into their operations.

“The program will incorporate AI and machine learning tools and techniques into businesses across a range of industries, including: process and smart manufacturing; wireless communications and networking; health and medicine; and security and defense,” according to the Massachusetts Technology Collaborative.

In partnership with companies and universities such as Dell, Google, Northeastern, Quinsigamond  Community College, WPI and others, the Massachusetts Technology Collaborative awarded $993,963 to WPI for a new semiconductor security research center.

“I'm excited that the state of Massachusetts is very committed to encouraging the development of manufacturing,” said Tom Ryden, executive director of MassRobotics, as he introduced Nolan. “They want it to stay and grow in the state.”

“We are an outsourced development partner for clients,” said Sam Kenton, a client relations executive at Boston Engineering. “When a client gets bogged down and their engineers are too busy or they don’t have a particular expertise, they’ll hire us to come in and do a project for them.”

He said the company has insights in designing robotic technology, including control systems and embedded systems.

Hiring has been difficult for the company’s clients, Kenton said, and when they have hiring problems, they come to the company looking for help. But the company is also struggling somewhat in terms of hiring because the area has become competitive.

“We work with startups that have a prototype that aren’t really sure what their next steps are to commercialize or how to get their products physically made,” she said. “We support them in understanding manufacturing readiness.”

She said the supply chain shortages have made things even more challenging for startups.

“In an environment that’s already competitive, it’s even harder for them to compete,” she said.

FORGE has been trying to work creatively with the companies, taking advantage of collective buying power opportunities, as well as suggesting stockpiling certain components.

David Thompson, strategic initiatives and programming coordinator at FORGE, said the disruptions can cause a chain reaction in the supply chain process.

“Some startups work with multiple manufacturers, and [when] one manufacturer [falls] behind, then they’ll finish, send it to another manufacturer and that manufacturer is also behind, so it’s like a chain reaction of delays,” he said.

Cesareo Contreras
Christine Nolan, director of the Center for Advanced Manufacturing at the Massachusetts Technology Collaborative.