Having graduated from concept to compelling, robotic piece-picking solutions are hungry for career advancement. 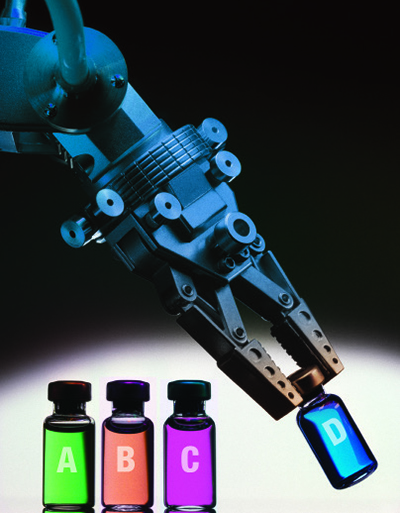 Among the many innovative technologies on display at ProMat this year were an assortment of robotic piece-picking solutions. Until very recently, these technologies were considered unrealistic for addressing the broad range of items handled in the average warehouse. For example, the winner of the inaugural Amazon Picking Challenge in 2015 was able to pick 10 of 12 correct items in less than 20 minutes. It would be a long time, it seemed, before such robots could compete with the dexterity and speed of even the slowest human picker.

Now, many big players have unveiled robotic piece-picking technologies, often in partnership with several smaller firms and startups that specialize in sensors, grippers or software elements that come together to make a feasible solution. Where the robotic piece picker of the past required a perfect alignment of a lot of variables (only cartons, only singulated, etc.), the list of limitations is now much smaller and shrinking fast.

“The idea of robots picking out of bins is not new, but we’re at a tipping point where the technology now allows this type of application to be solved and produce the ROI to make it viable,” says Matt Wicks, vice president of product development, manufacturing systems for Intelligrated. “It’s now easier to list what’s hard for robots than what they can do.”

As customers’ comfort level increases and the ROI is more clearly understood, the solution designs for future facilities will be completely transformed, says Kevin Heath, solutions development manager for Dematic.

“I liken it to 25 years ago when automotive went from manual to automated,” Heath says. “Retail distribution is now akin to that time period. There’s a very low robot-to-human ratio, but that is going to drastically change in the next 10 years.”

The first step is to determine the robotic “pickability” of a given set of SKUs. According to Yaro Tenzer, co-founder of RightHand Robotics, the industries with the most readily robot-pickable items include pharmaceutical, grocery, and health and beauty. Apparel, with its deformable products and irregular packaging, is on the more challenging side of the spectrum. Tenzer suggests you consider “three Rs” when evaluating robotics: range of objects, reliability and rate. Depending on the SKUs, how items are presented to the robot and overall system design, the rates of solutions across the industry might vary from 500 to 2,400 picks per hour.

The range, reliability and rate of some applications are more agreeable to robotic picking, especially where a human adds no value.

Tenzer outlines the four main applications his company is targeting:

These applications also lend themselves to small-scale pilots where a robotic cell, either integrated or stand-alone, can be tested and begin the “learning” process. Uploading good item master data can certainly help, but a guiding principle of many robotic piece-picking solutions is that the robot should simply be able to figure out how to grip something by itself. Roger Christian, division leader of new business development for Yaskawa Motoman, says the software behind this capability is robust and mature to go to market.

“This is so much easier than it was five years ago, it’s amazing,” Christian says. “Back then, if you had 5,000 SKUs, you would need to train the robot for each one. Now, it’s the exception. There’s an AI factor to that, as it learns to group and itemize shapes. I can’t understate the development effort across the industry to do that. It takes thousands and thousands of programming hours to achieve.”

Righthand’s Tenzer notes the importance of sensor feedback. This is the idea that, for example, if a gripper comes away with only the onion skin instead of the onion, the robot can recognize that although the vacuum successfully engaged, it was not a successful pick. Once an individual robot learns this, it can wirelessly transmit the lesson to other robots in the facility or anywhere in the world. In this way, the software can continuously grow a database of successful gripping techniques.

Ross Halket, executive director of automated system design sales at Schaefer Systems International, says the technology will only get better, so early adopters will have an advantage as the percentage of unpickable items shrinks.

“Those companies will have the upper hand when it all plays out,” he says. “The only worry is innovation will come so fast they will need an ongoing commitment to keep up. It is inevitable that robots will be all over the warehouse.”

For now, much of the robotic piece-picking market is focused on the widespread goods-to-person solutions in use.

“The optimal way to feed a robot cell is with goods-to-person,” Halket says. “You supplement one station with a robot cell until you verify it works with the software and workflow. This also leaves you open to divert to another station as you work with the robot. If you’re a robot guy, you will say it fits anywhere. If you’re a logistician, you will define its niche.”

An even broader opportunity—and challenge—for the technology is in the far more abundant pick-and-pass environments, according to Giovanni Stone, director of Wynright Robotics at Wynright Corp. One can imagine robots and humans working side by side in pick-and-pass, but for now the two must remain largely separate, both physically and in terms of order management. Having identified the robot-pickable SKUs, it is a matter of configuring the system to direct items accordingly.

“The more narrow the SKU set in terms of dimensions and pickability, the better for the robot,” Stone says. “You have to compartmentalize different segments of the SKU set to create a solution, sending what’s pickable to the robot, and the rest to a human.”

Again, what’s robot-pickable will change as the robot learns, but its users must also be engaged in the learning process. Halket says early adopters want to learn interfaces and software as well as how to manipulate the system for their own good.

“If you expect to turn it on and have it just work, we’re nowhere near that yet,” he says. “You need an in-house team to develop this, which goes against the grain these days as a lot have gotten rid of their engineering team and rely on vendors. But you will need internal champions to make this work, and that’s why you hear a lot lately about the role of a ‘chief robotics officer.’”

Among other considerations, a CRO might help determine the balance between human and robot picking. The recent growth of collaborative robots—those capable of operating alongside humans without physical barriers—offers a testing ground for that balance. Hob Wubbena, vice president of Universal Logic, says humans might achieve 600 to 700 picks per hour if assisted by automation.

“If you isolate the robot and really crank up the speed, you can get to 800 to 900 picks per hour, and all the way to 1,600 in some cases,” Wubbena adds. “However it’s set up, the goal is to fuse the ease of use of collaborative robots, where there is no programming or CAD models needed for a semi-skilled worker to work with the robot.”

Wubbena describes a pharmaceutical application where errors can be deadly. The system can achieve 700 picks per hour, but because of stringent regulations, human intervention can be required. For example, labels must not cover drug codes, so it is necessary to train the robot to orient items accordingly. The worker can put the robot into training mode, rotate the item, identify the no-label zone, and move on.

The good news, Dematic’s Heath points out, is that the industry has the holistic warehouse software to manage workloads across a variety of manual and automated tasks.

“We can bring the correct tote out at the right time, we can float humans and robots around to optimize and know when to do that throughout the day,” he says. “Not every single e-commerce item will be robotically pickable, so we can flex human labor in and out to supplement.”

Wicks says collaborative robots have lowered the barrier to entry for robotics, but suggests the massive changes underway in in the industry have only just begun.

“As it evolves—and it will do so at a more rapid pace than we can appreciate—it will be disruptive to other types of picking technologies,” Wicks says. “Anything that is currently used to augment human operators has the potential to be disrupted. Why would you need lights, screens or hands-free technologies if a robot can do it?”

Josh BondJosh Bond was Senior Editor for Modern through July 2020, and was formerly Modern’s lift truck columnist and associate editor. He has a degree in Journalism from Keene State College and has studied business management at Franklin Pierce University. Follow Robotics 24/7 on Facebook

Josh BondJosh Bond was Senior Editor for Modern through July 2020, and was formerly Modern’s lift truck columnist and associate editor. He has a degree in Journalism from Keene State College and has studied business management at Franklin Pierce University. Follow Robotics 24/7 on Facebook