Siemens says that combining robotics, software, and motion-control systems can reduce development costs and time to market, as well as increase manufacturing productivity. 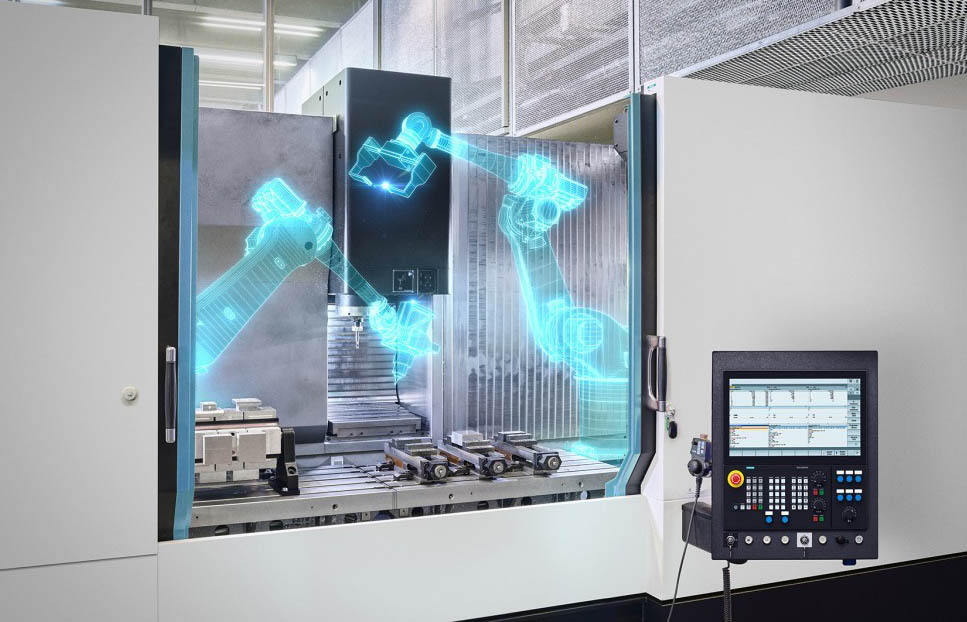 Siemens
At Automte, Siemens will feature the SINUMERIK Run MyRobot application, integrating robotics into CNC machines and operated by a single controller.
By Robotics 24/7 Staff
·

What can digitalization do for manufacturers? At Automate 2022, Siemens will present the portfolio of hardware, software, and services in its Totally Integrated Automation, or TIA, engineering platform to help both machine builders and manufacturing end users.

The company will also display its Real-Time Locating Systems (RTLS), a scalable industrial system that provides the locations of people and tangible assets such as robots for better process monitoring and management inside the digital factory.

Siemens Industry will be at Booth 2040 during Automate from June 6 through 9. The company said it also plans to exhibit digital twin technology, which can simulate all machine design and operational kinematics prior to any manufacturing. Siemens said it can shorten machine builders' time to market, enabling substantial savings in the design, building, commissioning, startup, and training phases of robot implementation.

The company will also demonstrate robotic integration into manufacturing processes. It will provide reference examples and focus on an assortment of industrial environments.

In addition, Siemens said it will show innovations in its drive and motor families with a special emphasis on automated guided vehicles (AGVs) and other automated motion control. SIMATIC PLCs can provide unified human-machine interface (HMI) panels and integrated safety, all programmed in Siemens' TIA portal.

With recent advances in machine control and digital twin technologies, the company said it is advancing digital transformation in the machine tool industry. For industrial edge computing and cybersecurity, Siemens will offer SINUMERIK ONE, its first digital-native computer numerical control (CNC) machining system.

The new controller works with software to create the machine controller and the associated digital twin from one engineering system and thus contributes to the integration of hardware and software, said Siemens.

It claimed that seamless interaction between the virtual and real worlds allows SINUMERIK ONE “to set new standards in terms of productivity, performance, and digitalization. It’s the future-proof machine controller in the increasingly digital world of manufacturing.”

Siemens Digital Industries (DI) claimed that it a leading innovator in automation and digitalization. Its global headquarters are in Nuremberg, Germany, and the unit has around 75,000 employees internationally.

Siemens Corp. is a U.S. subsidiary of Siemens AG, a global powerhouse focusing on the areas of power generation and distribution, intelligent infrastructure for buildings and distributed energy systems, and automation and digitalization in the process and manufacturing industries. Due to its majority stake in publicly listed Siemens Healthineers AG, the company also supplies medical technology.

For more than 160 years, Siemens said it invented technologies to support the manufacturing, energy, healthcare, and infrastructure industries. In fiscal year 2018, Siemens USA reported revenue of $23.7 billion, including $5 billion in exports, and it employs approximately 50,000 people throughout all 50 U.S. states and Puerto Rico.

Siemens
At Automte, Siemens will feature the SINUMERIK Run MyRobot application, integrating robotics into CNC machines and operated by a single controller.

Siemens to Present the Integrated Future of Robots and Digitalization at Automate 2022
Siemens says that combining robotics, software, and motion-control systems can reduce development costs and time to market, as well as...