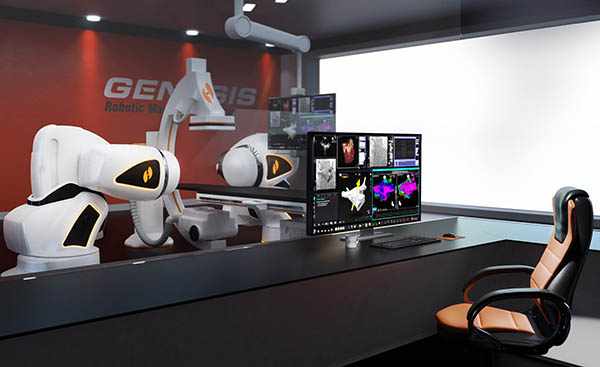 Hospitals and healthcare providers are increasingly incorporating robot-assisted surgery into their programs. Stereotaxis Inc. today announced that HonorHealth has established a robotic electrophysiology program as part of its Cardiovascular Center of Excellence at HonorHealth Scottsdale Shea Medical Center in Scottsdale, Ariz.

“Establishing a robotic electrophysiology program allows us to offer improved care for patients,” stated Dr. Rahul Doshi, chief of complex arrhythmia management at HonorHealth. “I have closely followed the evolution of technologies in our field and am excited by the promise of robotics to positively transform electrophysiology for patients, physicians, and health systems.”

“We are delighted to work with HonorHealth,” said David Fischel, chairman and CEO of Stereotaxis. “We applaud their leadership and look forward to supporting their efforts to improve patient care, advance clinical science, and build a pre-eminent heart rhythm program.”

Tens of millions of people worldwide suffer from suffer from arrhythmias, or irregular heart beats. Left untreated, they can significantly increase the risk of stroke, heart failure, and sudden cardiac arrest, noted Stereotaxis.

“For years, this was traditionally done with manual deflection and a pulley system, but there were serious limitations on how much could be manipulated,” said Dr. Curtis Merle Steyers, a cardiologist at Missouri Baptist Medical Center. “In addition, the heart is beating, so it's a dynamic environment.”

“You need stable contact with the wall, and a lack of precision decreases efficacy, as energy is applied over a wide area,” he told Robotics 24/7. “Our targets are a few millimeters to maybe a few centimeters in area. Another component is that some areas of the heart are very difficult to reach, and fulcrums inside the heart limit the physician's ability from several feet away.” 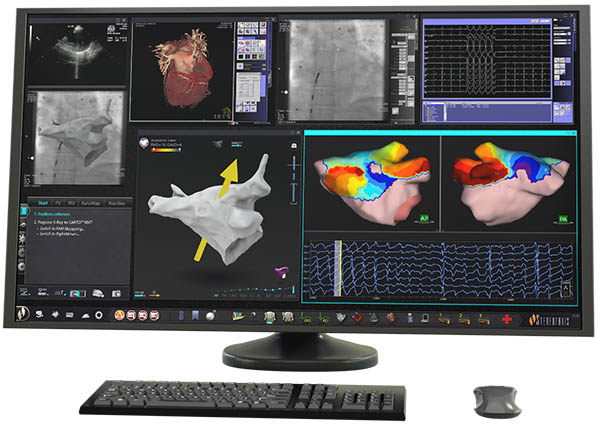 Genesis offers flexibility, ease of use

Stereotaxis claimed that its Robotic Magnetic Navigation (RMN) technology can improve precision and safety. The St. Louis, Mo.-based company said RMN has been used to treat more than 140,000 patients around the world.

The Genesis RMN system consists of two robotically controlled magnets, a flexible catheter with a magnetic tip, and an operating console. Instead of internal cables, which add bulk to the catheter, Stereotaxis' system uses magnetic fields to steer its tip. This allows the catheter to be lighter and more flexible, reducing the risk of perforation, Fischel told Robotics 24/7.

“Most physicians train for five to 10 years to do these procedures by hand,” he explained. “We've been making improvements to the procedure workflow to be more intuitive. Surgical fellows who've had hand training in catheters can get very comfortable with our system after a few hours on a simulator.”

“With manual procedures, the physician is standing at the patient's legs and looking up at a screen, but with magnetic navigation, I can sit in a control room and move the catheter with a mouse,” he said. “This is a major advantage for more complex procedures, which can be five or six hours long.”

Steyers said he was interested in potential improvements such as contact force feedback, robotic manipulation of the second catheter used for ultrasonic mapping, and simulation for more efficient guidance and workflows. 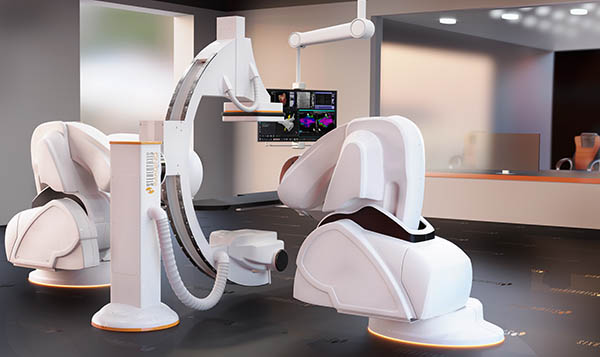 According to medical literature, the Genesis RMN system has been documented to improve patient care. Source: Stereotaxis

Like HonorHealth, BJC HealthCare recently adopted Stereotaxis' technology for arrhythmia treatment. BJC, one of the largest nonprofit healthcare organizations in the U.S., became the first provider in the Midwest to adopt the Genesis RMN system.

BJC installed the system in its Missouri Baptist Medical Center and plans to install a second unit in the Barnes-Jewish Hospital at the Washington University Medical Campus. It has been working with Stereotaxis since 2005 to develop the technology, said Fischel.

“BJC's hospitals have remained part of our innovation efforts,” he said. “During the development of Genesis and our imaging system, we've incorporated practical feedback from various nurses and physicians. For example, the table needs to provide good access for nurses and anesthesiologists prior to the robotic procedure.”

“I trained with the program because BJC was an early adopter,” said Steyers. “It's a bit easier to learn than manual procedures, but most hospitals don't yet have this technology.”

Stereotaxis said the benefits of using its systems include fewer complications, more successful procedures, and reduced exposure of patients to radiation in comparison with manual cardiac ablation. As with most emerging technologies, educating end users as challenging as technical innovation, acknowledged Fischel.

“We have clinical value beyond the norm in our field, and consistent documented value in the literature is meaningful,” he said. “However, awareness of that value among physicians and patients is still relatively low.”

“In the past year and a half, we've had 11 orders across all regions since FDA approval,” Fischel said. “We have a direct sales force across the U.S., Europe, and Asia. We try to encourage hospitals to be self-sufficient, but in the U.S., there is an expectation of industry support and bundling services with the cost of devices.”

“Despite the challenges of the past year, we're spotlighting how technology like Geneisis can work in the real world to treat patients,” he said. “We're still in the early innings.”

New Robotic Tools From Medical Microinstruments Give Surgeons Greater Precision
The new tools are designed to not only increase surgical success rates, but also cut down the amount of time...