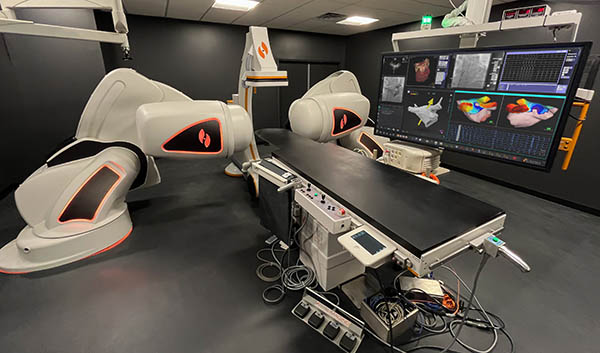 Surgical robotics developers must go through a rigorous process to obtain regulatory approval for their potentially life-saving products. Stereotaxis Inc. today announced that it has submitted its MAGiC system for minimally invasive cardiac ablation procedures for CE Mark approval in Europe.

MAGiC is a magnetic interventional ablation catheter that uses robotic navigation for precision, stability, and flexibility when diagnosing and treating cardiac arrhythmias, or irregular heartbeats. Stereotaxis said it drew on nearly 20 years of experience with existing technologies and has been involved in more than 100,000 procedures.

“We are very pleased to reach this important milestone,” stated David Fischel, chairman and CEO of Stereotaxis. “This is a seminal event for Stereotaxis as a company and for the physician community that is pioneering the frontiers of robotics in electrophysiology.”

Stereotaxis has developed robots and other systems to treat arrhythmias and perform endovascular procedures. To perform robotic cardiac ablation, a physician seated at a computer “cockpit” moves a soft magnetic catheter inside a patient's heart and selectively burns or freezes tissue.

The physician navigates the catheter using precise, robotically actuated magnets positioned on either side of the patient, said the St. Louis, Mo.-based company. Stereotaxis claimed that its innovations can expand access to minimally invasive therapy and enhance physicians' productivity, connectivity, and intelligence in the operating room.

It developed MAGiC with Osypka, a German medical device company that pioneered the development of radiofrequency ablation of cardiac arrhythmias. The catheter incorporates various features that are designed to enhance patient safety, as well as surgical efficacy, procedural efficiency, and the physician experience, said Stereotaxis.

“The electrophysiology community has long awaited innovation in robotic catheter technology, and we are very excited by the near-term availability of the MAGiC catheter,” said Prof. Sabine Ernst, cardiologist at Royal Brompton & Harefield Hospitals and professor of practice in cardiology at Imperial College London. “I believe MAGiC will be a significant leap forward in clinical care for my patients and improved robotic performance.” 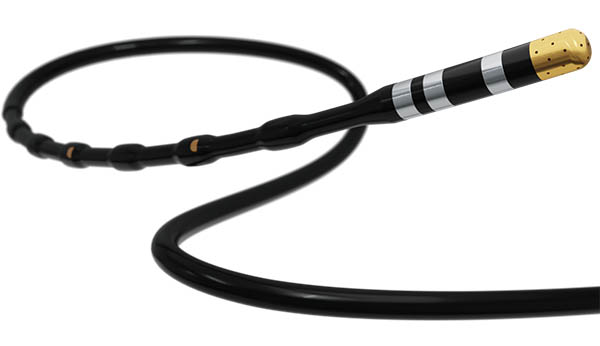 MAGiC's design features include a round, solid gold tip with 25 irrigation ports and string-of-pearls distribution of magnetic material along the catheter’s flexible shaft. Source: Stereotaxis

“CE Mark submission of the MAGiC catheter reflects the culmination of an extensive design, development, manufacturing and testing effort,” said Stereotaxis. “This catheter is the first in a series of interventional devices being developed by Stereotaxis and serves as a platform for future innovations.”

The company said it plans to make MAGiC commercially available for robotic electrophysiology practices in Europe following receipt of CE Mark as early as year’s end.

Separately but in parallel, Stereotaxis is working on submitting an application to the Food and Drug Administration (FDA) to initiate a prospective investigational device exemption (IDE) trial in the U.S.

“Our attention is focused on preparing for commercial launch of the catheter once we receive regulatory clearance,” said Fischel. “We look forward to the positive impact MAGiC can have on patients, physicians, providers, and medical progress.”

Titan Medical Files New Patent Application Focused on Endoscope Technologies
The surgical robotic maker said it is sharing news of the patent to highlight its innovations in the medical-technology space.
More Surgical