The Emerging Role for Warehouse Drones in the Supply Chain

Matt Yearling, CEO of PINC, a yard management and inventory robotics provider, discusses the immediate applicability of aerial robots or drones for expediting inventory checks in warehouses, tracking trailers in a yard, and counting inventory of new automobiles in a storage location. 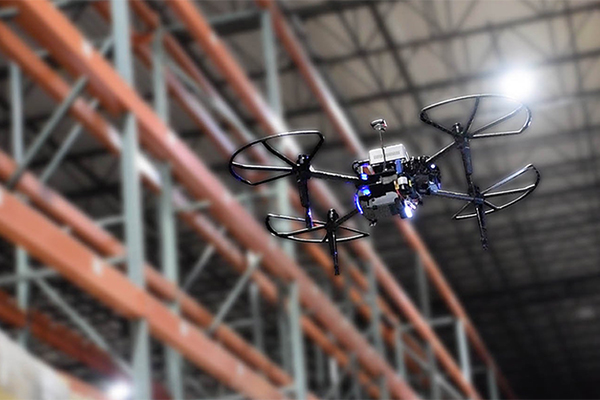 Five years is a lifetime in the world of technology, but maybe you remember how Jeff Bezos turned the supply chain world upside down in December 2013.

That’s when he dropped a bombshell on 60 Minutes, walked correspondent Charlie Rose and his production team “into a mystery room at the Amazon offices and revealed a secret R&D project: ‘Octocopter’ drones that will fly packages directly to your doorstep in 30 minutes.”

Faster than you can say “same day delivery,” drones were the buzzword du jour at supply chain conferences, much like RFID following the infamous Walmart mandate about a decade earlier.

Given the number of e-commerce deliveries every day in my neighborhood in a small town in New Hampshire, I sometimes imagined the sky blackened with Amazon drones, like a scene out of Hitchcock’s The Birds.

And then? Well, at least for now, my packages still arrive the old-fashioned way from a UPS, USPS or FedEx driver. Which isn’t to say that drones don’t have a role in the supply chain.

Two years ago, in an article in Supply Chain Management Review author Nick Vyas outlined real-life applications for drones in the healthcare industry, and predicted other use cases such as pipeline inspections or deliveries of parts and supplies in hard to access areas.

He also noted that “PINC, a provider of yard management systems, has deployed a solution that utilizes drones to identify the location of trailers, shipping containers, and other assets in hard to reach areas. Equipped to carry GPS, RFID, OCR, and barcode readers, the drones can fly overhead to quickly locate and identify assets that have been tagged in a yard or port.”

So, what is the state of drones in the supply chain today, nearly five years after the Bezos’ interview?

To find out, I reached out to Matt Yearling, CEO of PINC, the yard management provider Vyas wrote about earlier. First, Yearling is bullish on the technology. In fact, he says that PINC was the first solution provider to get FAA certification to use drones in the supply chain.

But, the emerging use case – the one gaining traction at least for PINC – is not necessarily the application that drone enthusiasts first envisioned. While there are companies using or piloting the use of drones to track their trailers in a yard, inventory of new automobiles in a storage location or high-value assets in remote sites, there are impediments to broad-based adoption of drone technology in the yard.

“The impediment is the regulatory concern around airspace,” Yearling says. A second impediment is that the solution still requires not just the technology, but a certified pilot to oversee the drone. So, where is the action today? For PINC, “the traction that we’re seeing is using our drones inside the four walls of the warehouse for inventory control,” Yearling says.

“Our customers are focused on improving inventory accuracy to achieve higher supply chain velocity. Tasks like taking inventory and cycle counting are still carried out by humans. You can train the robot to do the same thing, it’s more than 300 times faster than a human and you don’t have to change your infrastructure.”

The solution came about by happenstance. “Our focus has always been inventory at rest, and in the context of trailers, about 80% of the time, they’re unhooked in a fenced-in environment. Initially, a few customers, especially in automotive, asked us to think about elevating our platform, and that got us to thinking about drones that could fly over the top and understand where everything is located,” Yearling says. That resulted in applying PINC’s patented technology to FAA certified drones in early 2014.

Shortly thereafter, in the fall of 2014, many senior executives from several large customers presented PINC with a different challenge. “They said: The problem you’re trying to solve in the yard is interesting, but most of our inventory is inside our big distribution centers,” Yearling recalls. He added that a good deal of that inventory is going to be located too high above the ground for an associate to get at without a reach truck or some other kind of elevated platform.

Could PINC adapt its outdoors solution to an indoors problem? And, if you think about it, there isn’t much difference between cartons stacked on a pallet than trailers at rest in a yard – or items in a bin – other than the size of items to be tracked and counted. It’s all inventory at rest. Since then, Yearling says a number of household name companies have either adopted the solution or are piloting it, but none are willing to be named publicly at this point.

What is the state of the technology?

Today, the drone, or robot, flies autonomously in a GPS-denied environment using advanced sensors. The company’s warehouse management system (WMS) feeds existing inventory information to the PINC application via integration. When the robot receives a task to count inventory – say the number of cartons on pallets in a storage bay – the software first creates the optimal path for the drone to travel based on mapping done previously.

The drone doesn’t need markers or lasers for guidance to navigate through warehouses. The robot is equipped with an optical system combined with computer vision and deep learning technologies. When it passes through an assigned location, which it knows by the X, Y and Z coordinates, it visually inspects inventory labels and takes photos of the inventory to be counted.

The digital images are processed in real time to generate a count, which is compared to the known count in the WMS system. Since the system manages by exception, after taking inventory, the application provides an exception report to the operator who can click on the exceptions, look at a photo to confirm a count and then, if needed, update the WMS.

“We believe you can trust the robot, but today, most customers using the solution prefer to see the exception before they update their WMS,” Yearling says. Down the road, Yearling expects conversations about using drones in transportation to continue, if for no other reason than the amount of spending on transportation. But that’s not an area of interest to PINC at this point. “Our heritage is inventory and that’s where we’re going to be laser-focused,” he says.

Matt Yearling joined PINC Solutions as chief executive officer in March 2013 and is responsible for the overall strategic and operational management of the company. Matt’s past roles include vice president and general manager of Encryption Products at Symantec Corporation, senior vice president of Global CRM Product Development at Sage Inc., Chief Technology Officer for Embarcadero Systems Corp (a Ports America company). As vice president of Oracle On Demand Matt played a pivotal role in making it Oracle’s fastest growing line-of-business. 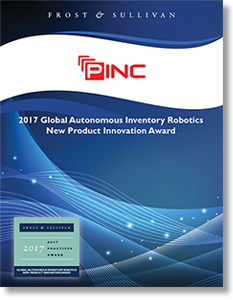 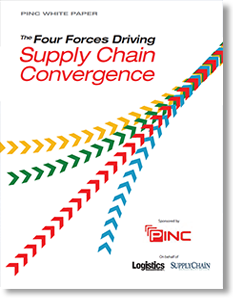 Caja Robotics Partners With Intralogistics Company Fives to Take on Southern European Market
Caja hopes to take advantage of the systems integrator’s expertise in the region to help it better serve its customers.