Global software development for autonomous vehicles and mobile robots will be coordinated in the Netherlands. 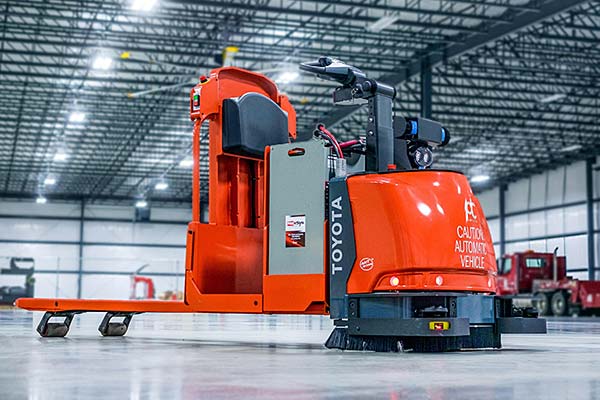 Toyota Industries Corp., or TICO, today announced that it will consolidate its software development efforts for autonomous vehicles, increase its global investments, and establish T-Hive B.V. as a new center of excellence. TICO said the combination of offerings from its group companies will strengthen its brand portfolio and meet the increasing demands of its customers.

Sakichi Toyoda founded Toyota Industries Corp. in 1926 for the manufacture and sale of the Type G automatic loom that he had invented. The Japanese company later expanded to automotive-related fields such as engines and air-conditioning compressors. It also made industrial vehicles such as lift trucks, as well as materials handling equipment and systems related to the transportation, storage, and sorting of goods.

TICO now has 256 subsidiary companies and 66,478 employees (as of March 31, 2020). It claims to be the world market leader for air-jet looms, car air-conditioning compressors, and lift trucks.

T-Hive to respond to demand

In the past few years, the demand for autonomous vehicles (AVs) has been increasing along with the rapid growth of the e-commerce market, labor shortages, and the need for flexible operations, according to Toyota. The ability to address different applications and deploy autonomous systems worldwide led to the establishment of T-Hive to centrally coordinate all development, the company said. 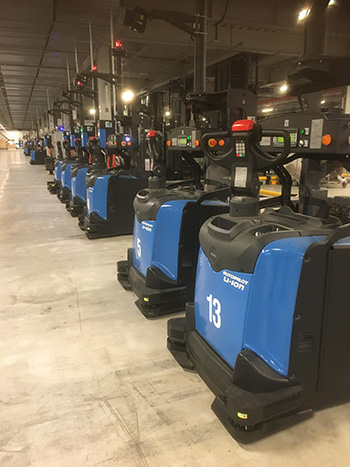 TICO also said it will also build on existing systems for new market segments and accelerate innovation globally to support its customer-facing companies.

“The new portfolio will consist of existing solutions within TICO, ensuring that our loyal customers can benefit throughout their automation journey,” said Yojiro Mizuno, the TICO senior executive officer responsible for TICO’s material handling solutions business.

He noted that it is important to be close to customers while benefitting from global developments. “Our strong customer organizations support such developments while managing smooth project implementation on the customer side,” Mizuno added.

The new center of excellence will be in Ede, the Netherlands, and Léon Jansen will be CEO and managing director. T-Hive’s main focus will be to provide a seamless control system encompassing all autonomous systems within TICO, such as automated guided forklifts (AGFs), automated guided vehicles (AGVs), and autonomous mobile robots (AMRs).

“Due to the increasing demand for software development in all industries, securing personnel is also becoming a global challenge,” said Norio Wakabayashi, TICO executive officer. “T-Hive will create opportunities for us to work together across the Toyota Industries Group network. This decision highlights TICO’s commitment to remaining a leading player in the AV business and its investments accordingly.”

“Modern software developers experience the fine balance between making great-quality software and meeting delivery deadlines every day,” Jansen said. “Our combined solution portfolio will be introduced at logistics sites around the world, enabling TICO’s customers to enjoy the seamless movement, storage, and distribution of goods throughout their entire supply chains.” 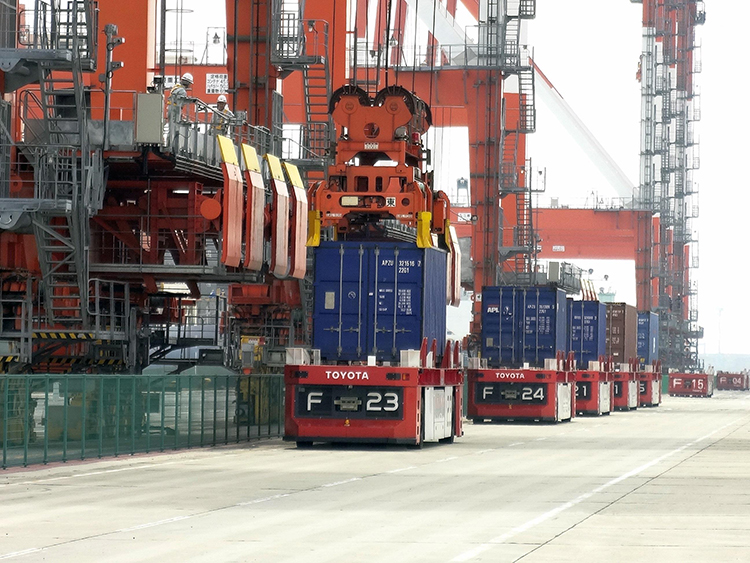 Autonomous vehicles for container transport in a seaport. Source: TICO