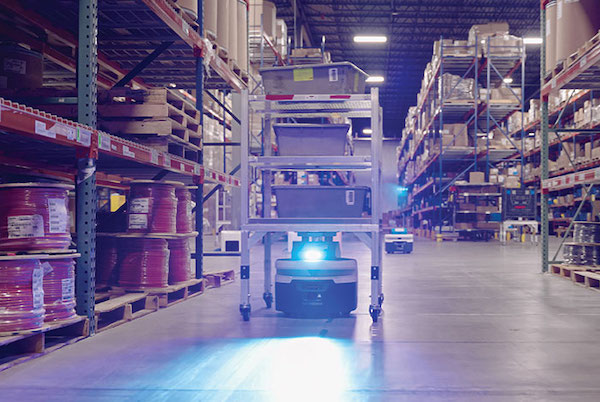 Growth is good for businesses, though it can strain the limits of existing manual and automated processes in distribution centers. This was the case for Waytek, a distributor of automotive electrical components. The company faced fulfillment growing pains before it implemented a flexible system using autonomous mobile robots, or AMRs.

Founded in 1970, Waytek is a family-owned distributor of electrical components to manufacturers and upfitters specializing in wire harnesses and mobile equipment. The Chanhassen, Minn.-based company said its mission is to make it easy for for its customers to source electrical parts.

In 2007, Waytek had moved into its present 100,000-sq.-ft. distribution facility to scale their operations and installed a conveyor system to handle their expected volumes at that time. This conveyor system helped them sort orders up to the capacity of 800 orders per day for 13 years.

With a rise in component demand across the manufacturing sector combined with a tight labor market, Waytek found itself in the midst of challenging times by 2020. Order volumes quickly grew as a result of e-commerce growth and orders from existing customers.

However, Waytek's existing warehouse technology, which included two separate horizontal carousel systems for storage and order picking, and the conveyor system, was about to reach its limits.

The conveyor sortation system was designed to sort 800 orders per day. It featured a 200-ft. sortation loop that could hold 100 order totes at a time. Increasing capacity would have required a major redesign of the existing conveyor, interrupting operations.

Waytek wanted to keep its carousels and decided to look into putwalls to sort orders and use mobile robots as an alternative to conveyor to transport orders. That led the company to explore Fetch robots from Zebra Technologies that could be used in the place of the conveyor.

Not only did the cloud-based Fetch system replace of the conveyor, it has also taken over for associates bringing goods from receiving to the carousels for replenishment. The AMRs also replaced a manual process for removal of dunnage and recycling.

“The AMRs drop off the inbound goods at the carousels and order totes from the carousels go the putwalls for packing on the AMRs,” said Mike Larson, chief operating officer and co-owner of Waytek. “They are able to multi-task while saving us floor space.”

Waytek’s AMR fleet was fully installed and operational in three days. It consists of three Fetch CartConnect100 AMRs. The robots can position themselves under rolling mobile carts with shelves called FetchCarts to transport totes or materials.

The system currently includes 32 carts. Waytek uses a handful of them to automate the transport of dunnage and recycling, though most are used to transport order totes to the put wall or to automatically move goods from receiving to drop off to the carousels.

The CartConnect AMRs are scheduled to pick up loaded order carts every 20 minutes and then deliver the payload to the putwall. They then return the empty carts back to the carousel.

With just three robots, the Zebra system is capable of processing up to 25% more orders per day than the previous fixed automation. The company said the throughput level could be scaled up higher in the future by adding more robots.

Another benefit is that removal of the old system reclaimed 13% of the fulfillment center’s floor space. Removal of the conveyor eased access for employees, who no longer needed to walk around long stretches of conveyors, and it reduced ambient noise.

The AMRs also eliminated some manual transport tasks for associates in receiving who previously replenished the carousels with hand carts, as well as other workers who transported dunnage.

Waytek employees can use the FetchCore software to manage the AMR fleet and assignments. They can operate the robots with tablets or mobile phones.

Overall, the Zebra systems have enabled Waytek to meet its objectives. The distributor can further scale up throughput by adding robots, which have proven to be easy to deploy and operate, explained Larson.

“Among all our technological implementations until now, Fetch was the easiest to deploy, and it took us only three days to become operational with their AMRs,” he said. “These AMRs are very easy to work with and rarely have any downtime. The Fetch team also consistently maintains and updates the robots on off-work hours, so we don’t have to worry about downtime.” 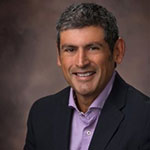