Why Are Women in Robotics and Automation Important?

G100 is organizing women and men worldwide with the goal of improving representation in the tech industry within a decade. 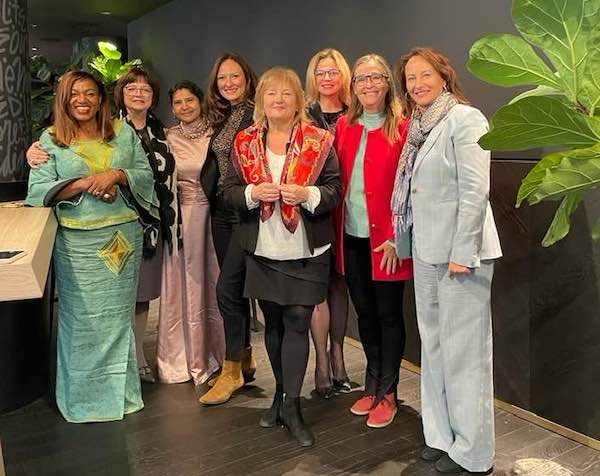 All societies are looking for innovative solutions. Diversity in workforce is an essential part of developing new technologies, as it brings different perspectives based on experience and education. Relying on a homogeneous engineering team can limit innovation.

Women and men have different viewpoints, which is why a gender-diverse workforce enables better problem solving in general. Diversity also refers to other things than sex such as age, ethnicity, socio-economic background—in G100, we look at gender diversity and the role of women in society.

In many countries, there are initiatives to increase equality between women and men, but in the tech industry, it is still easy to see the imbalance. Women are slowly but surely getting into technology and robotics, creating a diverse voice to better reflect our society. It is a democratic issue if only one sex develops anything for the whole population.

We are working to change status quo globally in G100, which is an empowered group of 100 women leaders from across the world, in 100 diverse sectors, supported by 100 “He for She champions.”

The group is working for advocacy, awareness, and impact across governments and global organizations and all working for a gender-equal future. G100 is an action and think tank with a global, cross-cultural, intersectional, and intentional perspective toward peace and prosperity for all.

The overall vision is to create an equal, progressive, and inclusive environment for women worldwide and to achieve gender equality in this decade of delivery of the United Nations Sustainable Development Goals.

Tech industry has room for improvement

Some numbers about women in tech from Kasee Bailey during Women's History Month in March:

And their growth is stunted; more than 20% of women over the age of 35 are still in junior positions. In fact, women are far more likely to be in junior positions than men—regardless of age. Women were also twice as likely as men to leave their job or be furloughed during the pandemic.

Men make up significantly more than half of the job applicant pool in tech, while women are still underrepresented 16% of the time.

G100 aims for progress within a decade

The G100 said it is the first time that such a group has been organized. With further networks in 100 countries for each wing, the G100 plans to create a solid network across communities at all levels of decision making. The idea is that together, we provide thought leadership and concrete recommendations on whatever needs to be done for inclusivity and economic and social empowerment of women and everyone.

“Gender equality is not a women’s issue or one country’s issue but one that concerns us all,” said Dr. Harbeen Arora, the founder of G100. “Like in the case of the pandemic, or climate change, or terrorism, gender inequality is a global challenge that needs effort by all to overcome.”

“By the global leadership of the G100 Global Chairs, their partners, and the country networks across the world, G100 will gather expertise and experience with global and grassroots engagement—toward co-creating with the central secretariat, a holistic vision document for presenting policy suggestions and recommendations to multilateral institutions like the UN; global groups as the G7 and G20; and to governments globally,” she continued.

In order to reach the goal of gender equality in this decade, the G100 is holding global meetings and consultations with decision makers and stakeholders in multilateral institutions such as the UN, the European Union, the African Union, the Gulf Cooperation Council, and the Commonwealth, as well as national governments, corporations, business leaders, foundations, and universities.

Each of the 100 wings have its own vision. Marianne Andersen from Denmark is the global chair for robotics and automation. She explained that the vision for this wing is “to inspire the next generation of female change champions with the interest and passion to be part of developing the future technology solutions within robotics/ automation, and to have them take the responsibility to think of human beings and sustainability into the solutions in order to use technology to create a better world with better use of our limited resource.”

Andersen, who is CEO of CoInsights ApS, is now working with a global team to establish its vision of the robotics and automation sector.

The country chair for Luxembourg is Madhumalti Sharma. Her described her motivation for joining the G100.

“Robotics and automation are key for tackling societal challenges while excelling in science and bringing in a competitive advantage,” she said. “The multi-disciplinary competency of robotics is an area where girls and women can be top contributors.”