Along with Next Generation Shipyards, partners claim that they have launched the first commercial robotaxi service on the continent. 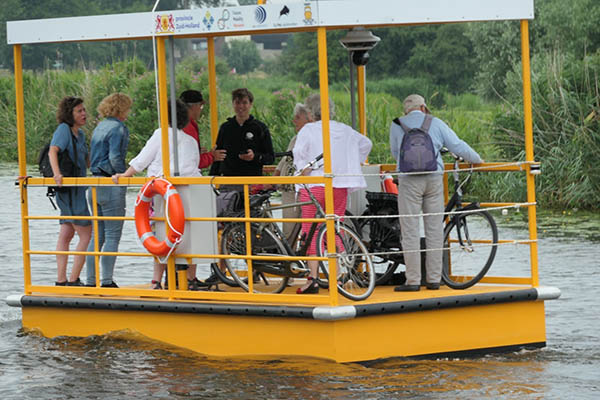 Buffalo Automation in East Amherst, N.Y., and the Future Mobility Network in Delft, the Netherlands, this week said they have launched Europe's first fully autonomous robotic taxicab service. The partners said the launch opens the door for cities across the EU to adopt this environmentally friendly alternative form of transportation.

The robotaxi is an autonomous electric ferry that is solar-powered and can be hailed with a ridesharing app. Buffalo Automation noted that it has been commercially deployed, carrying passengers in dense European traffic. The ferry service dubbed “Vaar met Ferry,” is subsidized by the Dutch provincial government and will be cost-free for residents until October 2021. The communities of Warmond-Kagerzoom, Leiderdorp, and the nearby golf course now have a better connection, especially for bicyclists and pedestrians, to the Koudenhoorn recreation area.

“It's nice that we can use this innovative ferry service, planned and implemented by one of our residents, this summer,” said Heleen Hooij, alderman of the municipality of Teylingen, South Holland. “And it's fantastic that students from Delft on de Groote Sloot may find a proving ground for their projects. I am very proud that this ferry is going to transfer pedestrians and cyclists as a pilot project. If the ferry is a success, it could contribute to sustainable access between the recreational areas of Kagerzoom and Koudenhoorn.”

Founded in 2015, Buffalo Automation said it has amassed the largest continually self-learning maritime artificial intelligence database of its kind. The company said it is helping to transform the fossil-fuel-reliant maritime industry through advanced AI for autonomous transport and navigation, as well as solar-powered electrification of marine vessels.

Buffalo Automation's flagship product, AutoMate, is a predictive marine navigation system that guides large commercial ships. The system works day and night, using neural networks and thermal imaging to identify obstructions and provide warnings and assistance in safely navigating around them. AutoMate has already been adopted by multiple commercial ships operating on the American Great Lakes and has new pilots around the world, said Buffalo Automation.

A version of the AutoMate system was available as an advanced driver-assist system (ADAS) called Pegasus for smaller recreational boats in 2019. Pegasus provides a navigation and safety system for both new and experienced boaters. While the technology works with today's gas-powered engines, Buffalo Automation said it has adapted Pegasus to provide a fully autonomous boating experience in this new product line called Greycraft.

Launched first last year in Knoxville, Tenn., the Greycraft autonomous navigation technology is designed to be powered primarily by solar panels, with battery capacity reserved only for range-extension, low-light operation or emergencies.

Greycrafts are also designed to remain operating on the water for several years after assembly and deployment with no maintenance, since they require neither fuel nor manpower to operate. The new ferry service in the Netherlands combines electrification, renewable energy, and modular design.

Building on its AI portfolio, Buffalo Automation recently unveiled the Mayday app, which enables the public to experiment with AI firsthand. Using the app, people can point their phones at their surroundings, and Mayday will identify objects in view.

While the app is already programmed to detect watercraft — sounding an alert to boaters if they get too close to another boat or object in the water — Mayday can detect anything once trained to do so.

In the case of the water robotaxi, the app can also be used to hail a Greycraft, much like users call for a Lyft or Uber. This opens a path for future autonomous ferry and water taxi companies such as the Future Mobility Network (FMN) to service the public, Buffalo Automation said. 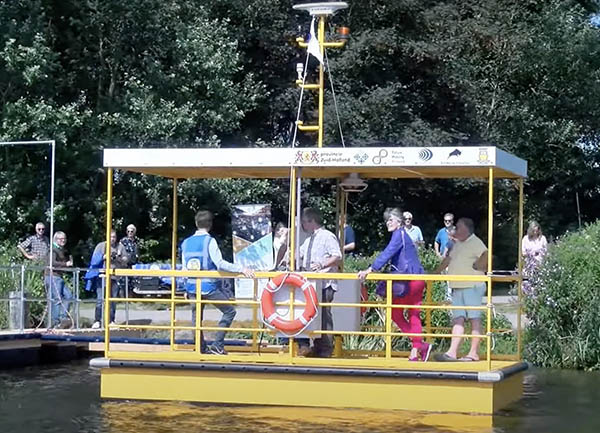 “From its inception, Buffalo Automation's goals have been to improve safety and decarbonize the water through the use of our technology,” explained Thiru Vikram, CEO of Buffalo Automation. “This project was made possible because of like-minded local community and business leaders who are open to exploring alternative transport models. This historic launch will solidify our commitment to providing the people of South Holland a safe, clean energy means of transportation that protects their numerous blueways and natural resources.”

“Launching this electric robotaxi service, which is powered by our Greycraft technology, on a European river has been an exciting undertaking for our operating field teams,” he added. “We're happy that Dutch officials as well as the folks at FMN and NGS [Next Generation Shipyards] share our vision and look forward to more planned launches across the pond.”

In addition, Buffalo Automation said that shared access to the self-driving electric ferry reflects its commitment to bringing “the yachting lifestyle to the masses, democratizing transportation, regardless of a person's level of navigation expertise or financial ability to own a vehicle, while safeguarding the environment.”

“Because of measures to contain the coronavirus, we are increasingly going out in our own country. As a result, the recreational pressure in our green areas has increased considerably,” said Anne Koning, provincial executive of South Holland. “With a financial grant from the province of South Holland, we are realizing an extra connection to the island of Koudenhoorn. This is how we hope for a better spread of visitors, and we will ensure that recreants can also be safe this summer to enjoy this beautiful area.”

Plus Starts Development With Teledyne FLIR to Test Thermal Cameras for Autonomous Trucks
Autonomous trucks could be better able to see thorough fog or smoke by adding thermal imaging to their sensor suites.

Motional and Hyundai Unveil IONIQ 5 Driverless Robotaxi
The electric vehicle is Motional's first commercial vehicle and will be used in its autonomous ride-hailing service starting in 2023.
More Autonomous Vehicles