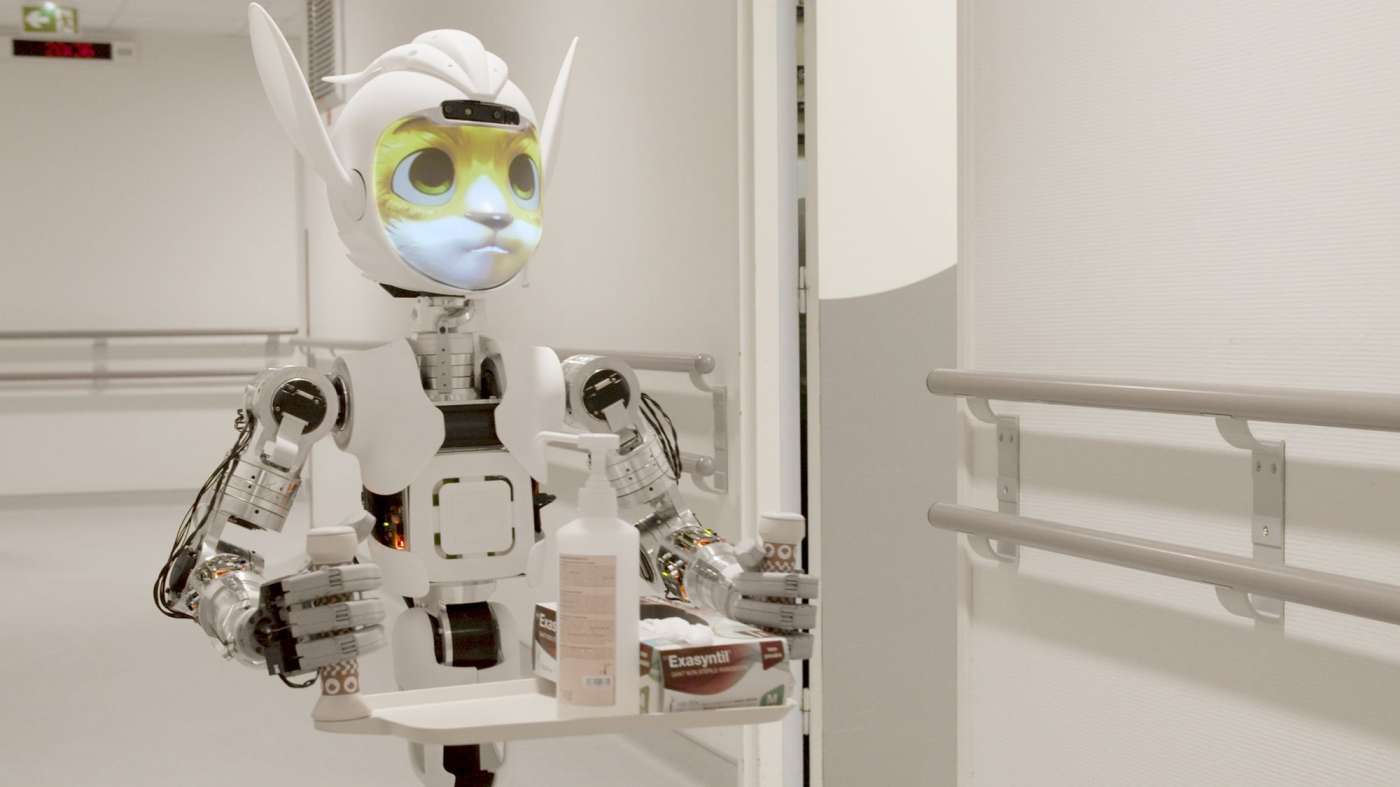 Paris-based Enchanted Tools is hoping to set itself apart from other humanoid robot makers with its Pixar-inspired mobile manipulators, Miroki and Miroka.

Using specially designed handles, the robots can grasp items with a 97% success rate, according to Enchanted Tools. They feature a “rolling globe” to navigate.

Attendees of this year’s CES got to see Miroki in action at Enchanted Tools’ demo area, where CEO Jérôme Monceaux outlined the robot’s technological benefits, as well as the company’s artistic and narrative goals.

“Most robots on the market today have limited action and movement capabilities and lackluster communication, which inhibits their utility and hampers acceptance and adoption. The world deserves better,” Monceaux said in a statement.

“We believe robots can be ‘more than useful’ and can re-enchant the world rather than dehumanize it,” he said. “That premise — that technological innovation can be both artistic and emotional — is at the heart of Miroki.”

To help build a positive narrative around Miroki and Miroka, Enchanted Tools enlisted the help of a French animation studio to create a digital animated short about Miroki leaving his 3D-animated world to live in our reality.

The video (see below), and others like it, were shown during CES booth demonstrations to help tell a bigger story about the robot. The company plans to make more as it releases new versions and products.

Enchanted Tools was founded in 2021 and has raised $17 million in seed funding to date. Monceaux previously worked at Aldebaran (later acquired by SoftBank) and helped create the humanoid robots Nao and Pepper.

With Miroki, Monceaux told Robotics 24/7 he is hoping to combine his years of experience and offer customers a robot that can easily navigate an environment and collaborate smartly with humans.

The robots use artificial intelligence to understand prompts such as “Take all these objects back to their places,” “Move this tray to a new room every hour,” and “On Monday morning at 9:00 a.m., take your trolley back to the pharmacy.”

Enchanted Tools said it is testing the robot at six experimental sites and three research labs. It has partnered with Hôpital Brocal in Paris and said the elder-care hospital will be among the first to use Miroki publicly in 2024.

“The robot will be able to do things like bring water to patients, clear lunch trays in hospital cafeterias, and deliver gloves or other PPE [personal protective equipment] to clinicians,” the company said.