Generation Gap in the Warehouse Can Be Closed With Robotics, Finds Berkshire Grey Survey 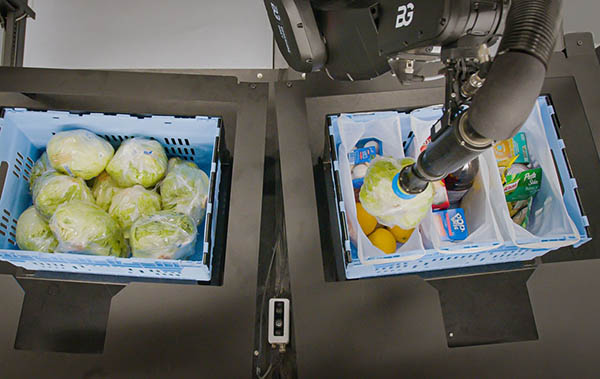 Hanover Research conducted the research with Berkshire Grey, surveying 200 chief supply chain officers at retail and e-commerce businesses on topics including labor, costs, pain points, and automation. They found that 64% of executives expect generational differences to have a long-term effect on worker availability.

Challenges include warehouse workers leaving the industry because of the COVID-19 pandemic, retiring Baby Boomers, a low U.S. birth rate, and a generational shift in what employees are looking for in their careers and workplaces, said Berkshire Grey. Turnover rates as high as 43% cost warehouses $8,500 to replace each worker, according to Kane Logistics.

“Labor is a real challenge for retailers and 3PLs [third-party logistics providers],” said Kishore Boyalakuntla, vice president of products at Berkshire Grey. “More than 10 million jobs are available, but the reason for turnover is the nature of certain jobs.”

“A human sorter has to move more than 1,000 things per hour, or two people have to unload a truck in one-and-a-half hours,” he told Robotics 24/7. “All kinds of things come out of semi trucks—kayaks, food, tires. I've seen people three levels high manually pushing things on fast conveyors. These are not jobs people want to do.”

“Unlike the temporary shortages seen in other industries, continued e-commerce growth and shifts in generational employment preferences are uniquely impacting the fulfillment industry,” stated Steve Johnson, president and chief operating officer at Berkshire Grey. “[They could] lead to long-term labor shortages that will only compound in the coming years.”

“The challenge for businesses in e-commerce or retail is how to make jobs enjoyable for people to stay in warehouses for 15 to 20 years,” Boyalakuntla said. “For Gen X and later, everybody is steeped in technology, so the answer to making companies profitable and sustainable is intelligent automation and robotics.”

Although only 13% of respondents said they are currently using automation, 51% are adopting or plan to adopt robotics, said Berkshire Grey. In addition, 71% of chief supply chain officers said robotics is necessary to address the generation gap in job applications.

About half (51%) of those polled said they expect automation to increase employee satisfaction, and 43% said they believe it would reduce staff turnover.

“Line operators are now robotics experts,” said Boyalakuntla. “They absolutely love their jobs, which are higher-paying. At Berkshire Grey, we feel happy when customers tell us how automation has changed their lives.”

“We've heard anecdotally from vice presidents at two customers that employees are attracted by robotics,” he added. “At one major retailer, we installed a system with a packout station for one person with multiple robots. Every 45 seconds, a box comes. The worker just removes the cap, closes the lid, puts on a label, and puts the box in a crate to complete the shipment.”

“Next to that is a manual station,” Boyalakuntla said. “A lady told me that her work quality has improved so much—she formerly walked 30,000 to 40,000 steps per shift—that she can now take a break. People are already at their physical limits.” 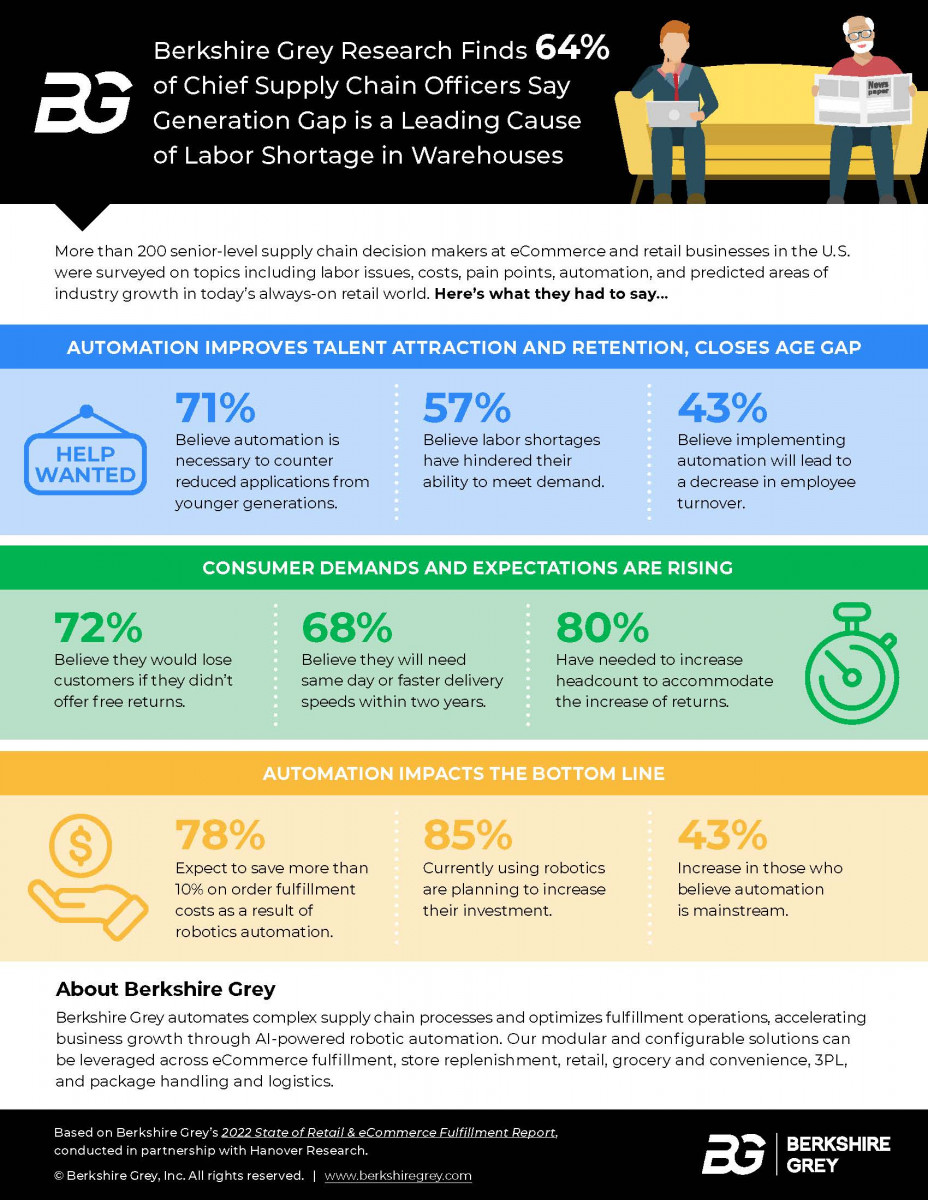 More than two-thirds (68%) of executives said they will need same-day or faster deliveries within two years, according to the report.

As for returns, 72% of executives said they believe they'd lose customers if they didn't offer free returns, and 80% said returns increased in 2020, requiring an increase in headcount.

In response to these challenges, the percentage of executives who say automation is “mainstream” has increased by nearly 43%, said Berkshire Grey. They said they expect to use automation to support packaging and labeling (62%), item sortation (59%), returns (58%), and goods retrieval (58%).

Companies that turn to automation can benefit in multiple ways, Johnson said. “Not only is it a huge attractor for young talent due to the increased safety and specialized upskilling it enables, it is also a game changer in terms of cost reduction, throughput, and ROI,” he claimed.

Return on investment is a major motivator for adopting automation, said Berkshire Grey. Robotics could help save 10% on order-fulfillment costs, said 78% of executives, and 85% plan to increase existing investments in robotics.

“We designed our systems to be very flexible and to adapt to changing SKU mixes and business conditions,” noted Boyalakuntla. “Retailers don't have a lot of capacity to pass on the cost of inflation in a hypercompetitive environment.”

“With intelligent robotics, we reduced one customer's cost per pick by 18 cents,” he said. “Imagine four to six such touches in a warehouse. With a lower cost per pick and happier workforce, companies can improve productivity and reduce the impact of the generation gap and inflation.”