Agricultural automation and collaborative robots can help address the need to test and inoculate millions of people. 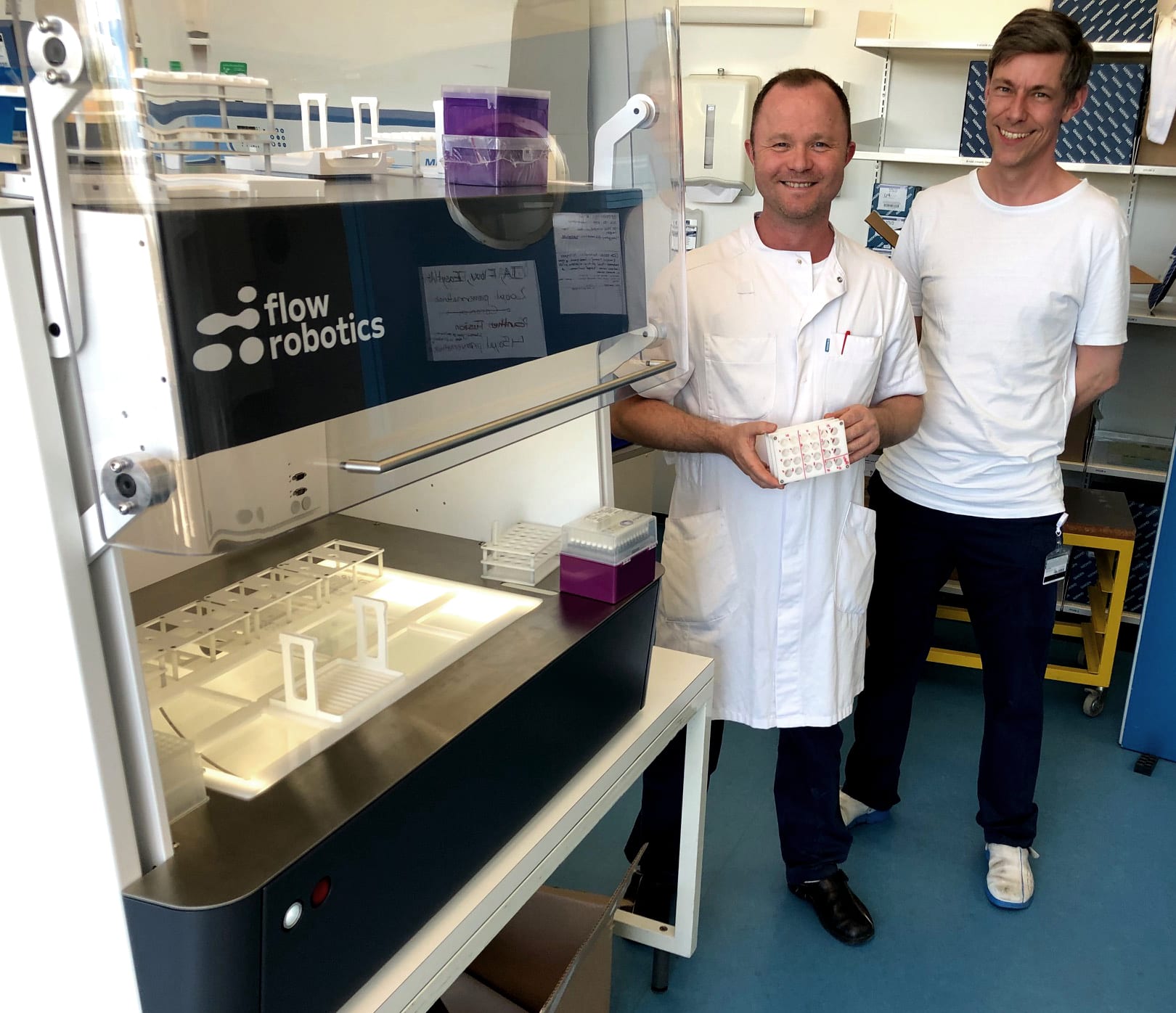 Even as the world looks forward to so-called herd immunity, crushing the COVID-19 pandemic is a daunting task. It requires robust testing to know who is safe and who has contracted the novel coronavirus. Ultimate victory depends on getting vaccines produced, distributed, and administered, and automation can help at each step of the way.

After a monumental effort to develop effective vaccines, healthcare providers and governments have struggled with mass vaccinations. Can robots help?

There are not many robots directly injecting patients, but, if we look at other industries with similar requirements, automation has made progress.

For instance, there is already technology for livestock injections. Pharm Robotics has developed Sureshot, an automated injection system primarily for injecting many animals in dairy herds. “There is no longer a need for a labor force when delivering vaccines or repro products,” claimed the San Jacinto, Calif.-based company. “You can now deliver shots at a 100% compliance rate, without the need for any human interaction.”

The challenge is to adapt such technology so that it could safely administer vaccines to human beings.

What if a robot was part of a small structure where you could sit down, answer some questions, put your arm in a stirrup, and then get your shot? Such a system could help relieve long lines and expedite the vaccination of millions of people.

In fact, French pharmaceutical giant Sanofi, which is also developing a vaccine, has been working on inoculation booths in China. Its kiosks are a higher-tech version of a photo booth. Patients can enter, get their temperature checked, respond to a digital questionnaire, and then receive the injections. The whole process takes about 10 minutes. If it works, it could be a game changer, though there's not word of it reaching the U.S. just yet. 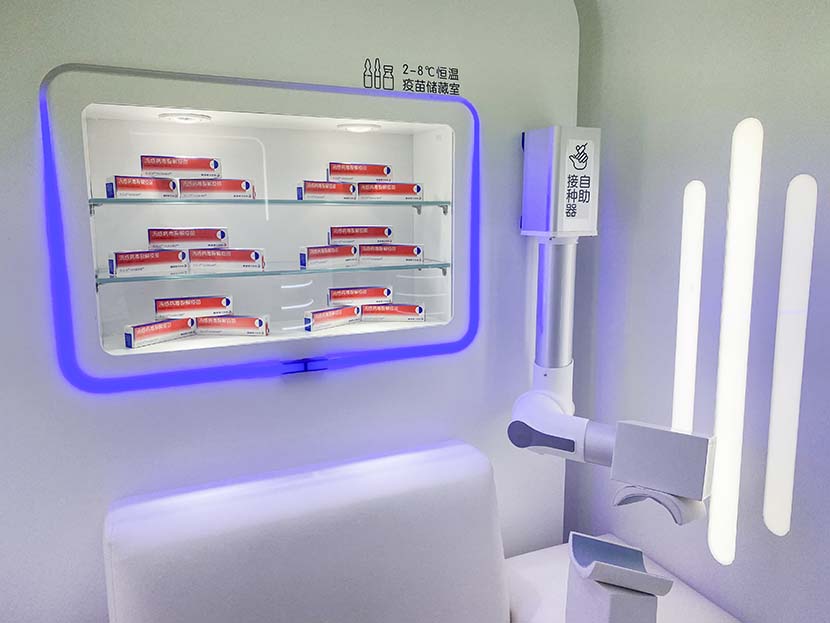 An important part of monitoring and managing infected populations is a robust COVID-19 testing program. Conducting these tests requires a lot of personnel and is another area where robots can provide assistance.

For example, Flowbot ONE is a pipette-handling robot designed and made by Denmark-based Flow Robotics. The liquid-handling robot can significantly reduces the time it takes for laboratories to produce test results. Each day, Flowbot ONE can prepare thousands of tests. In addition, the company claims it can manufacture, supply, and install 12 robots in just three weeks.

Eight Danish hospitals have selected the technology, which is also being used by partners the Technical University of Denmark (DTU) and pharmaceutical firm Novo Nordisk, said Flow Robotics. Thus far, orders for these robots have come from Sweden, Poland, Russia, the Netherlands and Australia.

Collaborative robots have also been put to work in testing. Last month, Wilder Systems demonstrated a work cell in Austin, Texas, using a seven-axis cobot arm that was able to test seven times the amount of samples as a conventional small lab. It was one of 10 projects chosen for funding by the U.S. Department of Defense through the Advanced Robotics for Manufacturing (ARM) Institute.

“Diagnostic testing today is an incredibly fragmented market ... nothing talks to each other, said Will Wilder, founder and CEO of Wilder Systems, in an ARM webinar today. “We were able to combine conventional lab testing equipment with a FANUC robot arm. We also were able to use our software for load balancing.”

Robots on the road to the Summer Olympics

The office of Yoshihide Suga, prime minister of Japan, has already been criticized for not having a robust testing program. It is keeping a watchful eye on the use of robots for testing. The global pandemic forced Japan to delay the Summer Olympic Games by a year, but athletic and national authorities have stated that they are determined to hold them this year.

Japan has prototyped express testing sites to handle the testing of large volumes of people, reported Reuters. These facilities would use human-driven robotic arms to collect samples and perform COVID-19 tests. The prototype facility started as a 40-foot shipping container, able to process up to 2,000 samples every 16 hours.

The simultaneous need for large-scale testing and vaccine administration is a stress test for the development of healthcare technologies. Automation can undoubtedly help the global efforts. However, it usually takes more time to develop, manufacture, order, and implement robotics.

developing the robotics technology, ordering it, receiving it, and then using it, ordinarily has more time.

In so many other applications, from supply chain to manufacturing, robotics plays a significant role in performing critical tasks necessary to reach bold objectives.

The COVID-19 scenario, however, has a limited schedule; there's a sprint to break the back of the virus and get back to normalcy. And so, robotics developers are hard at work, producing robotics technology to test and vaccinate patients, and help bring herd immunity to reality.

Jim RomeoJim Romeo is a freelance writer and contributor to Robotics 24/7 based in Chesapeake, Va. Follow Robotics 24/7 on Facebook

Recycling Robot Provider EverestLabs Raises $16.1M in Series A
The company said the funding will support continued growth of RecycleOS deployments and enable decarbonization of packaging at scale

In a Post-COVID World, Experts Point to Automation
The manufacturing sector is experiencing a crisis. Post-COVID demand and severe labor shortages have pushed many businesses to their breaking...
More COVID-19