Hyundai Mobis is also developing an integrated system for controlling multiple robots for factories and warehouses. 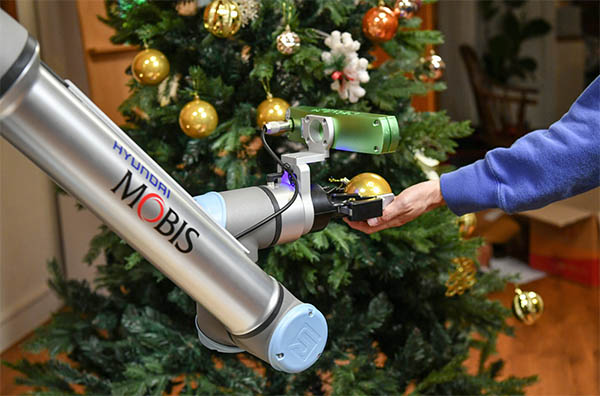 Hyundai Mobis yesterday announced that it has developed collaborative and mobile robots based on autonomous driving technology. The unit of automaker Hyundai Motor Co. has implemented the logistics systems in a pilot at its manufacturing plant in Ulsan, South Korea.

“We are brainstorming innovative and creative ideas to develop safe and precise robotics technologies,” said Lee Seung-Hwan, head of the advanced engineering at Hyundai Mobis. “We hope to use these human-robot collaborative solutions to further expand the scope of our business.”

The mobile robots have articulated arms and can move autonomously in environments such as factories or offices and perform tasks alongside human operators, said Hyundai Mobis. The mobile manipulators are equipped with cameras and lidar sensors that allow them to move back and forth or sideways.

Unlike industrial automation or wearable robots, mobile collaborative robots can serve various purposes both at home and in commercial spaces, claimed the company. The new robots' vision cameras and Universal Robots cobot arms allow them to perform interactive tasks with their human counterparts, such as arranging products on the shelf or delivering a cup of coffee brewed by a barista to a table.

Hyundai Mobis said its self-driving logistics robots are low-floor robots that move freely between production lines and distribution warehouses to transport supplies or goods. The 152 mm (5.9 in.)-tall robots can carry up to 200 kg (440 lb.) with the ability to lift up to 12 cm (4.7 in.).

With lidars, cameras, and ultrasonic wave-enabled sensors, these robots are capable of identifying their own locations at the site and can deliver materials via paths that have been optimized to avoid workers and obstacles, said the company. 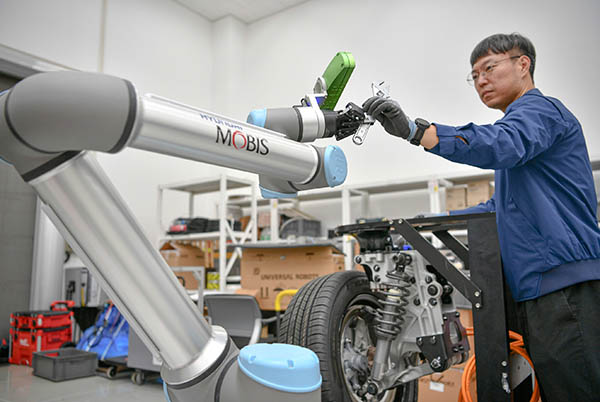 Hyundai Mobis added that it has secured a system that allows for integrated control of multiple self-driving logistics robots within one workplace. The key to this control system is preventing collisions and deadlocks between robots. The company said it has developed a proprietary algorithm that predicts and controls the movement of multiple robots in real time.

In addition, Hyundai Mobis is also developing a system that can be used outdoors. The robot will incorporate its robo-wheel technology, which enbles it to move safely in outdoor environments, such as slopes and bumpy road surfaces.

The built-in control algorithm of the robo-wheel will facilitate various driving motions, including a 360-degree zero turn and sideways crab driving, said the company.

Hyundai Mobis plans to develop various platforms based on its mobile collaborative robots and self-driving logistics robots. The company said it will focus on advancing the human-robot interface, autonomous driving, and robot control technologies so they can be used in diverse settings such as smart factories, distribution centers, offices, and households.

In March, Hyundai Mobis added UAM (urban air mobility) and robotics to its business portfolio as part of its initiative to secure long-term growth engines. It also announced its goal to scale its business model to encompass next-generation growth areas. 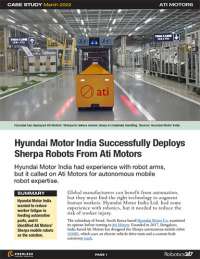