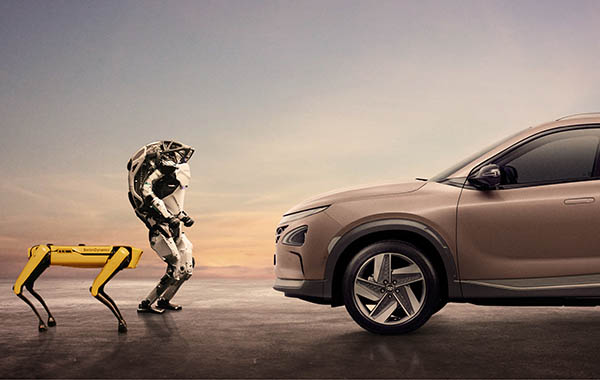 Hyundai Motor Group today announced the completion of its acquisition of a controlling interest in Boston Dynamics Inc. from SoftBank Group Corp., following the receipt of regulatory approvals and other customary closing conditions. The deal valued the Waltham, Mass.-based mobile robot company at $1.1 billion, and additional financial details were not disclosed.

Seoul, South Korea-based Hyundai now holds an 80% stake in Boston Dynamics, while Tokyo-based SoftBank retains the remaining 20% through one of its affiliates. Hyundai reportedly spent $880 million on the acquisition.

“By acquiring Boston Dynamics and securing a leading presence in the field of robotics, the group takes another major step toward its strategic transformation into a smart mobility solution provider,” stated Hyundai. “To propel this transformation, the group has invested substantially in the development of future technologies, including autonomous driving, artificial intelligence, urban air mobility (UAM), smart factories, and robots.”

Boston Dynamics spun out of the Massachusetts Institute of Technology in 1992 and has developed a number of legged and humanoid robots, including BigDog, Atlas, and Spot. The mobile robots were tested for military and civilian uses and became popular on YouTube.

Google X, now part of Alphabet Inc., acquired Boston Dynamics in 2013. In 2017, SoftBank bought Boston Dynamics, which itself acquired vision provider Kinema Systems in 2019. SoftBank Robotics makes other humanoid and service robots. Hyundai announced its intention to pick up the company in December 2020.

Boston Dynamics began selling the quadruped Spot robot in June 2020 for commercial applications such as inspection and security. The company said that hundreds of its robots are now operating in a variety of industries, including power utilities, construction, manufacturing, oil and gas, and mining.

For warehouses and distribution centers, the Handle mobile robot balances on two wheels and is designed to move boxes with suction cups. The Stretch robot, unveiled in March, includes similar suction cups and a robotic arm mounted on a wheeled base for unloading trucks and pallets.

The companies added that they expect the deal to enable Hyundai and Boston Dynamics to leverage each other's respective strengths in manufacturing, logistics, construction, and automation. They said they will create a “robotics value chain,” from robot component manufacturing to smart logistics solutions.

In addition, Hyundai said it will support Boston Dynamics' continued expansion of its product line and global sales and service footprint.

Ouster to Acquire Sense Photonics, Bring Solid-State Lidar to Market for Automotive Industry
Ouster says that Sense Photonics' patented technology will help it be a leader in automotive lidar.

Locus Acquires Waypoint as Mobile Robot Providers Serve Both Warehouses and Factories
Locus Robotics says its purchase of Waypoint Robotics will expand its innovation and automation offerings for new use cases in...

Top 10 Robotics and Autonomous Vehicle Transactions of August 2021
From manufacturing automation to mobile robots and components, the pace of funding slowed slightly in August 2021.

Boston Dynamics
Boston Dynamics is wholly owned subsidiary of Google, Inc. We began as a spin-off from the Massachusetts Institute of Technology, where National Academy of Engineering member Marc Raibert and his colleagues first developed robots that ran and maneuvered like animals. They founded the company in 1992, and their...