Startup to scale production and development of tools for pharmaceuticals, energy, and other sectors; former Snowflake CEO Bob Muglia to join board. 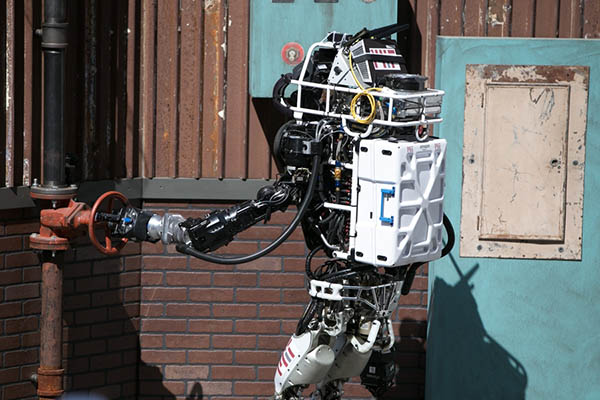 Robots, drones, and autonomous vehicles increasingly reply on simulation for training. Julia Computing Inc., which was founded by all the creators of the Julia programming language, today said it has raised $24 million in Series A funding. The Cambridge, Mass.-based company also announced that Bob Muglia, former CEO of cloud data firm Snowflake Inc. and former president of servers and tools at Microsoft Corp., will join its board of directors.

“The wonders of today’s world are created using digital models,” said Muglia. “The circuits within our smartphones, advanced materials, pharmaceuticals, and aeronautics are all examples of advanced technologies built using digital modeling. Although these advancements have been amazing, the tools and systems that support these efforts are decades old and cannot take full advantage of the cloud.”

“The Julia Computing team has rocked this world by building JuliaHub, a modern platform for technical and scientific modeling,” he added. “JuliaHub is poised to advance scientific computing and enable solutions that will deliver new generations of products and services that we cannot even imagine today.”

Julia Computing was founded in 2015 by the creators of the Julia programming language for artificial intelligence, machine learning, analytics, data science, modeling, and simulation. The language can help scientists and engineers tackle large-scale data-science problems, said the company.

“Technical computing is stuck in a rut today,” said Viral Shah, co-creator of Julia and co-founder and CEO of Julia Computing. “Data scientists and engineers are using products that were designed many decades ago. JuliaHub makes it possible to design new drugs and therapies, develop new batteries, simulate a space mission, and map out the universe, all while using fewer computing resources and reducing data center emissions.”

Originally developed at the Massachusetts Institute of Technology, Julia has been downloaded more than 29 million times by users worldwide, including thousands of open-source developers who have contributed to Julia and its 6,000 registered packages. More than 1,500 universities worldwide are using and teaching Julia, including MIT, Stanford University, and the University of California, Berkeley.

Julia is used by over 10,000 companies worldwide, including AstraZeneca, BlackRock, Google, Intel, Microsoft, Moderna, and Pfizer. In addition, NASA, the Federal Aviation Administration, and the Federal Reserve Bank of New York use the language, said Julia Computing.

The company has recently focused on creating a suite of machine learning-enhanced modeling and simulation tools, such as JuliaSim for multi-physics simulation, and JuliaSPICE for circuit simulation, and the Pumas framework for pharmaceutical simulation with partner company Pumas-AI.

Since Julia was introduced to the public in 2012, the community around it has grown, said Julia Computing. The annual JuliaCon event is online and free this year, and it takes place July 28 to 30.

“Julia Computing is at the very center of technical computing, a substantial global market with significant barriers to entry,” said Daniel Freeman, who led the Dorilton Ventures investment. “Julia’s machine learning and AI technologies make it possible to simulate rather than approximate, changing the economics of computational analysis and scientific discoveries. This is a truly transformative business with high potential for success.”

“We see several startups building their businesses using Julia, not just in the scientific computing community, but also more broadly across a wide range of enterprises and industries,” sadi Tim Tully, a partner at Menlo Ventures. “We look forward to great things from the Julia Computing team, and we are excited to be involved in their future successes.”

Julia Computing said it will use the funding to further develop and advance its secure, high-performance JuliaHub cloud platform and to grow the Julia ecosystem. The company is hiring more employees.

“We truly are defining the future of data science and simulation, and it is thrilling to help drive these exciting innovations,” said Shah. “Reinforced by our latest funding, we look forward to scaling our team and bringing Julia’s superpowers to more industries and applications.”