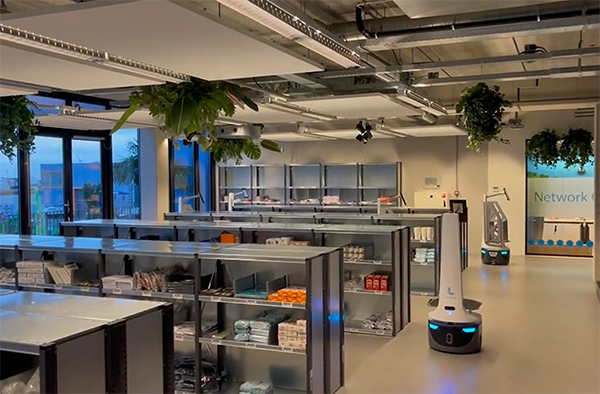 American mobile robot providers are on the move. Locus Robotics Corp. today announced the opening of its European headquarters in Amsterdam. The Wilmington, Mass.-based company said its new facility will support existing EU and U.K. customers and develop new opportunities within the fast-growing European warehouse fulfillment and distribution markets.

“Our decision to expand our presence in the European market was a logical step in our business growth strategy,” stated Rick Faulk, CEO of Locus Robotics. “Choosing Amsterdam gives us a central location that is ideal for serving our customer base, as well as giving us access to a vibrant and diverse talent pool to recruit from.”

“We looked at five or six countries and decided the Netherlands was the best choice for several reasons,” he told Robotics 24/7. “We can hire across the board, such as engineering, sales, and support. Amsterdam is also one of the top logistics hubs in the world, and a number of our retail and 3PL [third-party logistics provider] customers are headquartered here.”

“In addition, for a U.S.-based company, having an office where English is the primary language makes it easier to interact,” Faulk said. “Last but not least, it's a quick flight from Boston.”

With warehouse fulfillment volumes increasing globally, access to labor has become a critical issue, noted Locus. Businesses are turning to automation to meet the exploding demands while keeping labor recruiting, training, and retention costs down. The company added that customers are now using its LocusBots to pick nearly 2 million items every day.

“Our Amsterdam office will allow us the flexibility to support our European clients in real time as the needs of order fulfillment continue to grow around the world,” said Denis Niezgoda, vice president for Europe at Locus. “We are ideally positioned to scale as their business and operational needs grow.”

While Locus Robotics has kept its focus on logistics, how does the Waypoint acquisition complement its offerings?

“Unlike some other robotics companies, which have solutions in search of problems, because of our roots in Quiet Logistics, we're focused on actual business problems,” Faulk replied. “Waypoint's talent will allows to speed time to market by several years.”

“LocusBots can handle 70 to 80 lb. in the U.S. and 40 in Europe because of safety certifications,” Faulk explained. “But we got many requests from customers that want to carry more weight and bulk. Waypoint's AMRs go from 20 to 3,000 lb. and can do case picking. We can now effectively address more workstreams in the building to be a single-source provider.”

Locus is working to integrate Waypoint's robots into its fleet management and other software.

“This will happen over a period of months,” said Faulk. “For example, we'll have common reporting out of one system, and we want to be able to handle order pools of thousands or tens of thousands of units. We want to be able to absorb an order and decide which robot it goes to. A single piece of software and a single-source navigation stack will be easier to manage.” 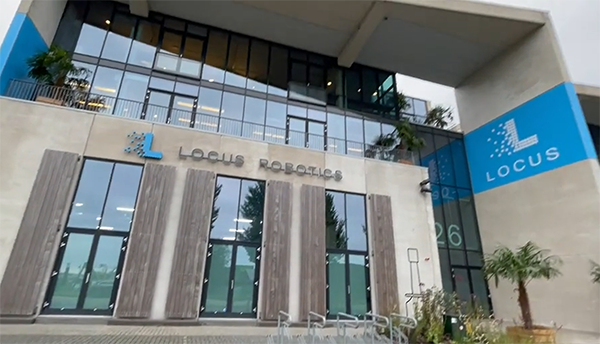 Not only is there a large total addressable market for logistics automation, but retailers also need robots for seasonal demand and growing returns, said Faulk.

“Brownfield or greenfield spaces, they have to automate to be competitive,” Faulk added. “Workers don't want to work in a manual building. The nice thing about robots is that you can people in a matter of minutes rather than hours or days, making their lives easier and making them more likely to show up the next day.”

After the acceleration of e-commerce during the COVID-19 pandemic, how does the approaching holiday shopping season look?

“Santa's turning from reindeers to robots this year.”

“Santa's turning from reindeers to robots this year,” said Faulk. “We're seeing a couple of dynamics. The peak is happening earlier this year, as companies offer sales before Black Friday to flatten out the peak. It's hard for operations to run during sharp peaks, and nobody can get enough labor. We're also hearing from customers that the online population is aging in a good way, as people got experience ordering groceries and now buy other things online.”

“Another thing we've seen over the past couple of years is a massive increase of returns,” he said. “It's easy for people to return items, but retailers are paying the freight and to refurbish, repack, and retag items and put them back in warehouses. More than 20% of volume is putting things back on shelves, so we've focused on replenishment and returns, with new functionality and different totes for efficiency.”

Locus Robotics is increasing its robotics-as-a-service (RaaS) offerings. “To help our clients, we've significantly scaled up our seasonal bot fleet,” said Faulk. “We're shipping robots all around the U.S. and Europe right now. Twenty-five percent of our core fleet is dedicated to such demand, and some sites will be adding 100%. Then they can then send them back after peak.” 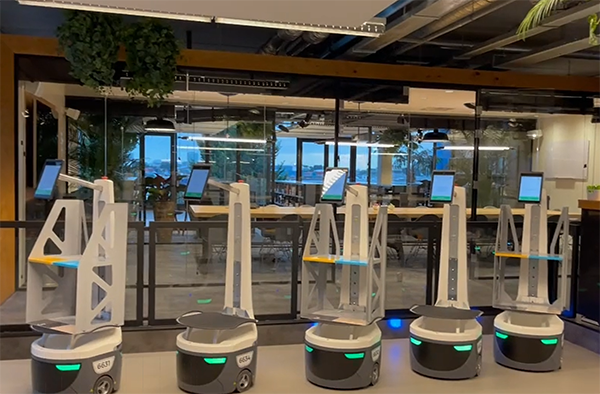 Locus Robotics plans to celebrate the opening of its new office at Toetsenbordweg 26, 1033 MZ Amsterdam, Netherlands, on Wednesday Oct. 6. The media event will include guided tours of the new facility and meetings with senior management.

“We'll have 100 customers and prospective customers here,” said Faulk. “We'll also be hiring—no matter where you live, you can be a candidate for Locus.”

In addition, the company will be exhibiting at Deliver, an e-commerce and logistics trade show on Oct. 6 to 7 in Amsterdam. This event will brings together industry thought leaders and brands, and it will include speakers from Locus Robotics.