As global demand increases for easy-to-use robots, Montreal-based Mecademic is scaling in North America, Europe, and Australia with automation experts. 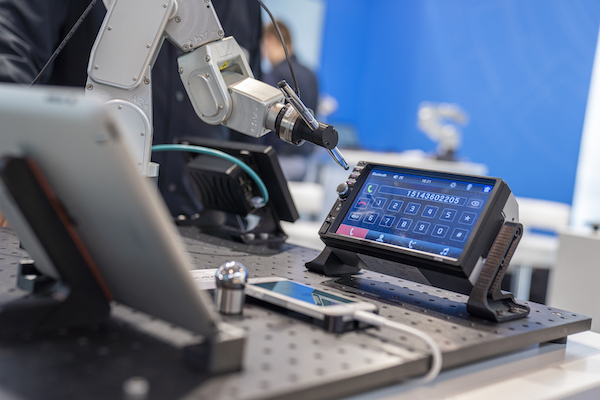 As global demand continues to increase for small industrial robot arms, Mecademic Robotics has increased its production capacity and regional presence. The company yesterday announced its expansion into regional markets in the U.S., Canada, France, Germany, and Australia through new value-added partners to better serve its customers.

Mecademic claimed that it makes the world’s smallest, most compact, and most precise SCARA and industrial robot arms. It said its customers include some of the world’s leading brands, as well as disruptors in aerospace and automotive manufacturing, as well as the medical, jewelry, and electronics industries.

“We’re proud to count these automation solution providers amongst our partners,” said Ahmed Mostafa, director of sales and strategy at Mecademic. “Their expertise benefits our customers, while their physical proximity allows for live demonstrations of our robots, which are unique to the market.”

Electromate in Vaughan, Ontario, is known for its high-performance robotic and mechatronic systems. It has been recognized as one of the best workplaces in Canada for multiple years and is a recipient of the Canadian Business Excellence Award for 2021.

Andrew Donald Design Engineering in Victoria, Australia, said it specializes in the design and building of turnkey automation systems. ADDE added that it is a “full-service” solution provider with experience in implementing automation for the pharmaceuticals, food, and general manufacturing industries.

Jonathan Coulombe and Ilian Bonev founded Mecademic Robotics in 2013. The two co-founders initially targeted the robotics research and education sector. The company’s name, a combination of “mechanics” and “academic,” represents these beginnings in academia.

Coulombe and Bonev studied what the automation industry needs and what was missing. They said they decided to fill the gaps by introducing a robot that was uniquely small, compact, and easy to operate.

In addition to expanding its vendor network, Mecademic said it has sustained rapid revenue growth thanks in large part to an increased demand for its robotic arms, end effectors, and accessories. The company said it serves applications such as assembly, pick and place, inspection, and machine tending.