The company developed a concept AMR while building out is software suite. 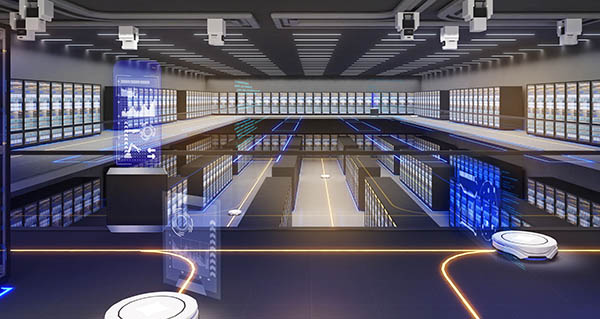 These technologies will be applied to the warehousing industry where more than 80% of warehouses operate without any automation, while labor shortages continue to wreak havoc on the global supply chain, according to Robust.AI.

Robust.AI said it provides situational awareness that makes robots capable in spaces where people move and work, including semantic and people  perception as well as mapping and localization using cameras, the company added.

Warehouse managers will be able to customize workflows, integrations, and behavior for an entire fleet of robots in minutes, through a no-code interface.

“We’re excited about partnering with the right teams to bring Grace and Carter to warehouses and other industries where we can improve how robots work with people,” Robust.AI said.

Carter provides flexible automation for material handling in warehouses and beyond, Robust.AI said. The robot works around people without requiring the environment to change, allowing for fluent coordination, while increasing worker engagement and productivity, the company said.

Robust.AI also updated its executive team. Anthony Jules is moving into the role of CEO, where he’ll build on his decades of experience of leading teams at companies including Sapient and Redwood Robotics.

Leila Takayama has joined the company as vice president of human-robot interaction and design. Kavitha Velusamy is senior vice president of engineering. Velusamy has shipped a number of industry defining products, including the Amazon Echo and Cisco’s first Telepresence System.

In addition, John Moretti has joined as head of product, bringing expertise and experience from his work at Dishcraft Robotics and Wonder Workshop.

Robust.AI is currently speaking with potential hardware partners for the development of Carter and with early customers for the product.

GettyImages
Robust.AI was founded in 2019