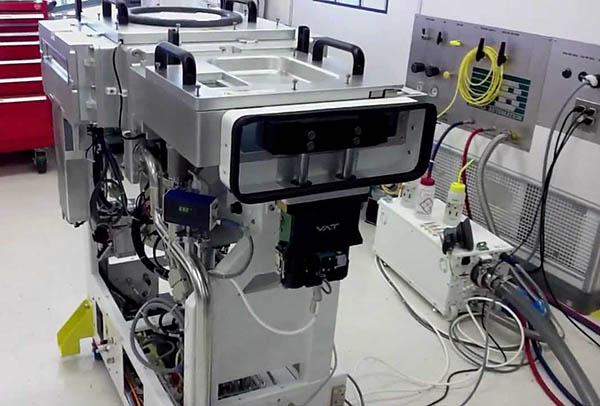 Thomas H. Lee Partners L.P., or THL, today announced a definitive agreement with Brooks Automation Inc. to acquire its Semiconductor Solutions Group for $3 billion in cash. The transaction is expected to close in the first half of calendar year 2022 upon satisfaction of customary closing conditions and regulatory approvals.

“We are excited to be joining forces with THL, with whom we share a vision for the future of our business,” said David Jarzynka, president of Brooks Automation. “We are proud of the leadership position we’ve established in our industry, and THL’s resources and automation expertise will further strengthen our platform as we enter our next phase of growth.”

“Over the past 40 years, Brooks has built an impressive portfolio of automated solutions to address some of the most difficult engineering challenges facing the semiconductor capital equipment industry,” said Michael Kaczmarek, managing director if THL. “We are excited to support the business in its next leg of growth in semiconductor and beyond.”

Brooks to separate into two companies

Chelmsford, Mass.-based Brooks Automation has operated two businesses—Semiconductor Solutions and Life Sciences. As a result of the pending sale to THL, Brooks will no longer pursue a separation into two independent and publicly traded companies as announced in May 2021.

After the acquisition, the automation unit will retain the Brooks Automation name and focus on semiconductors. It reported approximately $613 million in revenue in the 12 months ended June 30, 2021.

Brooks' Life Sciences business provides a suite of cold-chain, sample-management systems and genomic services across areas such as drug development, clinical research, and advanced cell therapies. It serves pharmaceutical, biotech, academic, and healthcare institutions globally. It will continue as a pure-play, life sciences company that will remain public and adopt a new name prior to closing.

The era of 5G, the Industrial Internet of Things (IIoT), autonomous vehicles, and artificial intelligence is expected to drive semiconductor industry revenue to approximately $1 trillion by 2030, up from approximately $450 billion today. As a result, semiconductor manufacturers are investing heavily in new automation and robotics equipment to maximize production capacity, said Brooks.

Boston-based Thomas H. Lee Partners said it invests in middle-market growth companies in financial services, healthcare and technology, and business solutions. Since 1974, the private equity firm has raised more than $30 billion of equity capital, invested in over 160 companies, and completed more than 500 add-on acquisitions representing an aggregate enterprise value at acquisition of over $210 billion.

THL invests in automation companies through its flagship private equity fund and a dedicated automation fund. It remains majority shareholder of AutoStore after selling a 40% stake to SoftBank in April.

“THL remains focused on investing behind automation leaders, as underscored by the closing of our Automation Fund in 2020, and working with management to accelerate growth, said Jim Carlisle, managing director and head of THL’s Automation Fund. “We welcome Brooks Automation into our family of dynamic and innovative automation solution providers, and we look forward to partnering with the talented team at Brooks Automation to unlock new growth opportunities.”

“We are proud of the highly innovative automation business we have built and are confident it will reach new heights under THL’s ownership,” added Steve Schwartz, president and CEO of Brooks. “The talented Brooks Automation team will be well-positioned to extend its competitive advantage in partnership with THL’s commitment and automation expertise.”

In connection with the transaction, Evercore acted as the exclusive financial advisor and Mintz, Levin, Cohn, Ferris, Glovsky and Popeo, P.C. acted as legal counsel to Brooks Automation. Kirkland & Ellis LLP acted as legal adviser, and PricewaterhouseCoopers acted as accounting advisor to THL.