Former employees of Google, Apple, Tesla, Cruise Automation, and others - 40 people in total - have formed a new San Francisco-based company called Otto with the goal of turning commercial trucks into self-driving freight haulers. 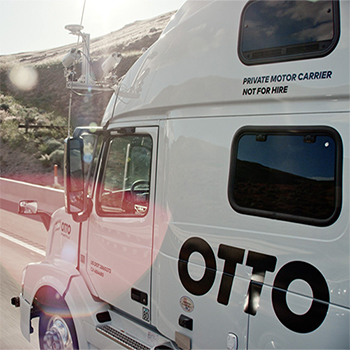 Rather than building their own trucks, Otto is hoping to make hardware kits for existing truck models that would either be installed by service centers, or possibly at the factory if the company is able to forge manufacturer partnerships.

Unlike Google’s self-driving car project, Otto would at least initially focus on highway driving, which account for the overwhelming majority of a typical truck route; the human drivers would still handle surface streets, loading, unloading, and the like.

Right now, the company is testing with the Volvo VNL 780, but hopes to work with many so-called Class 8 trucks, which are the largest, heaviest trucks on American roads.

“If you need to replace all of your trucks to get the technology on it, the rate of penetration you’ll be able to have is pretty low, trucks last ten years, a million miles.”

“We, Otto, are focused on bringing a product to market”Lior Ron, Co Founder at Otto

If the name Anthony Levandowski sounds familiar, there’s a good reason: his work on autonomous driving pre-dates Google’s, and he served as the central character in a sprawling profile of the self-driving car project in The New Yorker several years ago.

By all appearances, Otto has assembled a deep bench of self-driving expertise at a time when the field’s best engineers are being offered enormous amounts of money by Tesla, Apple, and others, perhaps a testament to the pull that Levandowski brings to the table.

Many of Otto’s founders have done well for themselves over the years, and it shows: the company is entirely self-funded right now without any external investment. (In the wake of the reported $1 billion Cruise Automation sale to General Motors, I ask Ron if the plan is to get acquired, but he’s insistent that they’re focused on bringing a product to market.) Even George Hotz’s scrappy upstart Comma.ai has recently taken on venture funding from Andreesen Horowitz.

There’s no price or timeline for Otto’s commercial product - they say it’ll be a “small fraction” of a truck’s $100,000 to $300,000 sticker - but that’s probably just as well, considering the murky regulatory environment. Levandowski says that apart from contested California regulations requiring steering wheels and pedals, there’s nothing on the books banning self-driving cars as long as a human is in the vehicle (which Otto’s product would always still require). 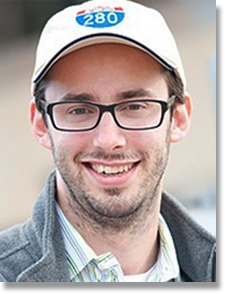 “I think the trucking folks are doing a great job”Anthony Levandowski, Co Founder at Otto

Still, USDOT, NHTSA, and others are deep in the mix on forming rules around self-driving vehicles with a proposed framework expected later this year.

Regardless, the bigger immediate concern for Otto might be rules around how many hours truck drivers can operate their rigs per day; in theory, an Otto-equipped truck might be able to safely operate for many more hours than a human who is always in full control, but Ron says they’ll have to work with regulators to prove that out.

Otto isn’t alone in trying to automate big rigs. Daimler and Volvo Trucks have both demonstrated self-driving systems in recent months, but Levandowski doesn’t sound worried about those efforts. “I think the trucking folks are doing a great job, and eventually they would probably solve the problem.

He also notes that manufacturers’ systems would require all-new trucks, unlike Otto, which could be retrofitted. “If you need to replace all of your trucks to get the technology on it, the rate of penetration you’ll be able to have is pretty low. Trucks last ten years, a million miles.”

Uber Eats to Use Nuro Delivery Robots in California and Texas as Part of 10-Year Deal
The multi-year, multiple-market partnership will begin with deliveries in Mountain View, Calif., and Houston and expand to other key markets for Uber.